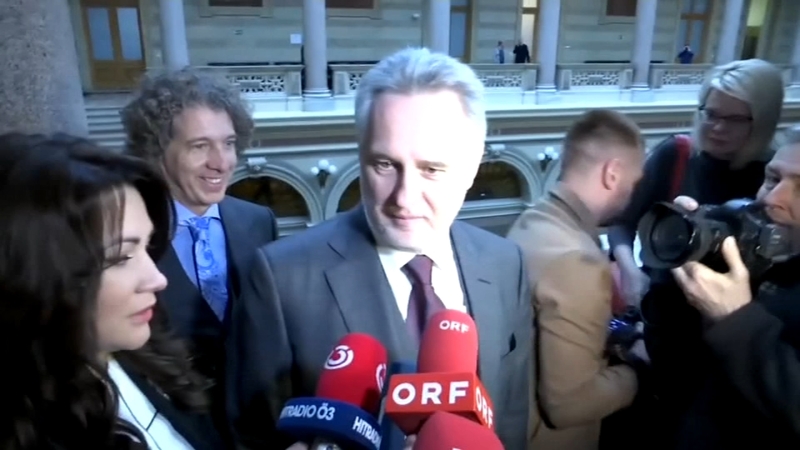 Bronzeville doctor finds herself as patient after cancer diagnosis

CHICAGO (WLS) -- A Ukrainian oligarch under indictment in Chicago on bribery charges has reportedly been working with a now-jailed associate of President Trump's personal lawyer.

The oligarch, Dmitry Firtash, a gas industry tycoon, is facing federal charges in Chicago in an alleged multi-national bribery conspiracy case and has been the subject of a protracted extradition proceeding.

Lev Parnas, a Soviet-born American citizen from Florida, is now said to have worked as a translator on Firtash's defense.

Parnas stands charged with another Soviet-born Floridian Igor Fruman in the alleged Biden dirt scheme. The men were arrested at Dulles Airport outside Washington, DC with one-way tickets on an overseas flight. They have both now been named as witnesses in the ongoing impeachment inquiry of President Trump. Also, Giuliani is under federal investigation in connection with the alleged schemes, ABC News has learned.

The I-Team has been looking into Firtash's Chicago case since the rich businessman's arrest in Vienna, Austria five years ago. He has been under house arrest in Europe fighting removal to Chicago ever since. Federal prosecutors here have stated in court papers that Firtash was an "upper-echelon" associate of Russian organized crime. Attorneys connected to Firtash have roundly denied that he was involved with organized crime.

He was indicted by a federal grand jury in Chicago in 2013 and charged with plotting to bribe Indian officials for access to titanium mines-a metals deal that was to eventually land with Chicago-based aerospace giant Boeing.

Firtash was "financing" the activities of Parnas and Fruman, a source familiar with their business dealings told Reuters for the news agency's report on Friday. According to Reuters, Giuliani said Parnas and Fruman had helped "find people for me in Ukraine."

According to Giuliani, Reuters reported, "the two men (Parnas and Fruman) had been to Vienna - where Firtash lives - three to six times in the last two months."

Firtash's new legal team, Joe DiGenova and Victoria Toensing, did not respond to I-Team messages on Friday. In a statement cited by Reuters they said "Mr. Parnas was retained by DiGenova & Toensing, LLP as an interpreter in order to communicate with their client Mr. Firtash, who does not speak English."

Adding to the mystery of who's who and what's what in this maze of players, an unexplained filing in the Firtash case in Chicago. It appeared in his court file Thursday at about the same time as those two Giuliani associates were arrested in D.C. But we don't know the contents because it was filed under seal-meaning it is secret-filed presumably by the government-because Firtash's Chicago attorney Dan Webb told the I-Team he has no idea what it is.