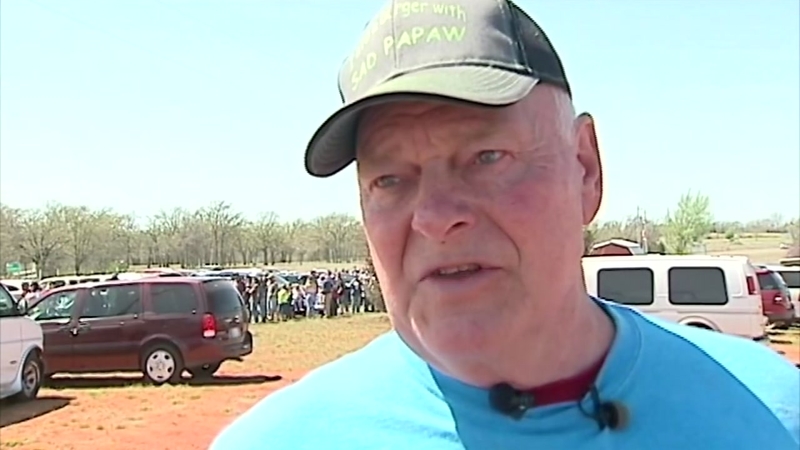 PURCELL, Okla. -- The power of social media has turned an Oklahoma granddad into an Internet celebrity, and it's thanks to five grandkids who couldn't be bothered to show up for dinner.

The Internet sensation and Oklahoma native hosted a cookout Saturday for the public to come eat with him.

Papaw is so popular, hundreds showed up just to get a picture with him

"It's hard to get used to it," Harmon says. "I haven't been able to wrap my head around this thing yet."

JUST GOT DONE TALKING TO PAPAW AND HE WANTS TO INVITE EVERYONE OUT FOR A BURGER NEXT SATURDAY👇🏼👇🏼👇🏼👇🏼👇🏼 pic.twitter.com/HZppI3Rdws

Harmon's new-found fame is thanks to this one tweet that went viral around the world.

Last week, his granddaughter tweeted that his other grandkids were "no shows" for a dinner he cooked for them. Support quickly flooded in.

"I guess she touched on the right theme," Harmon says.

Papaw tells us he's still trying to wrap his head around all of this.

But he believes people came to remember their own grandparents.