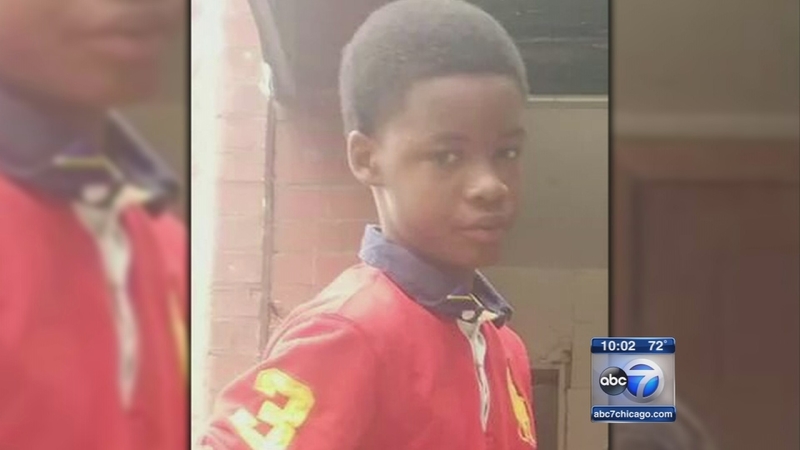 Boy, 13, killed in West Side shooting

CHICAGO (WLS) -- A 13-year-old boy was killed and six others were injured in a shooting on Chicago's West Side Friday evening near California and Lexington.

Two of the victims are in critical condition Friday night at Mt. Sinai Hospital.

Samuel Walker had just finished a day at summer school when his family, now in anguish, said a bullet ended his young life. The boy's aunt said he was just getting a snack at a convenience store.

"He was like a little man in the house. He helped his mother. He helped everybody," said Maribell Ruiz, victim's aunt.

Around 6 p.m. in the 700-block of South California, a gunman got out of a vehicle, witnesses said, and sprayed the corner in front of a convenience store with bullets.

Antonijah Johnston says she'd been speaking to 13-year-old Samuel minutes before he was shot.

"He was on his stomach. And his head was just like this, (cries) and he was dead. He was gone," said Johnston, victim's friend.

"He was coming from school. He was probably going to get some chips, like he normally does, and he got caught in the crossfire," said Ruiz.

The fire department said a total of seven people were shot, all of them males. Five of them were taken to hospitals, including 20-year-old Dieontaye Collins, whose uncle rushed to the scene.

Samuel Walker's aunt has a message for the city's leaders.

On Friday night, police said Samuel Walker was a documented gang member, but his aunt and multiple people in the neighborhood told ABC7 that's not the case.