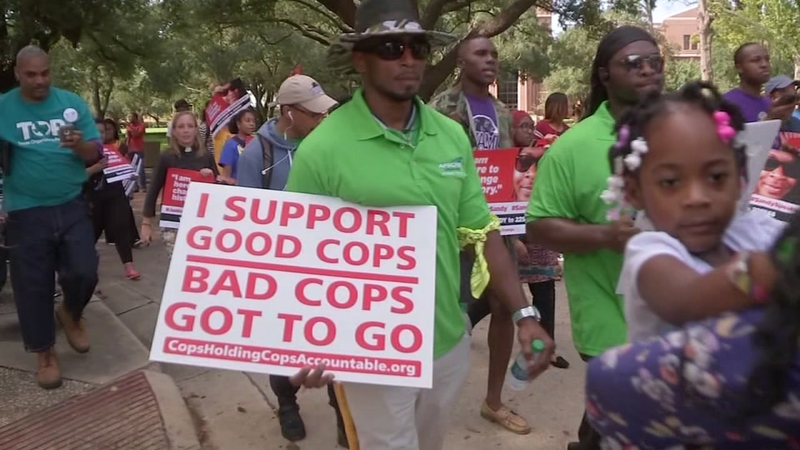 Earlier Tuesday, hundreds of Prairie View A&M students, alumni, and friends marched at Prairie View A&M, pushing to get the street going into the university named "Sandra Bland Parkway." Some of the participants were her sorority sisters with Sigma Gamma Rho Sorority Incorporated. Some went to school with her. Many never met her but her story touched them in some way or another.

The walk started at the student union building at 4:27pm, the time Bland was pulled over on July 10 and subsequently arrested on University Boulevard. The walk ended about a mile and a half away at City Hall, where hours later council members agreed to rename the street.

Authorities say the 28-year-old Bland hanged herself with a plastic bag three days after her arrest. But her case struck a nerve across the nation and in Prairie View. The majority of the people out marching on Tuesday said there are still a lot of unanswered questions surrounding Bland's death.

"If every time they pull over a student, they have to be reminded of what took place here, then that will help the relationship to be more respectful between the officers and the students," protester Hannah Bonner said.