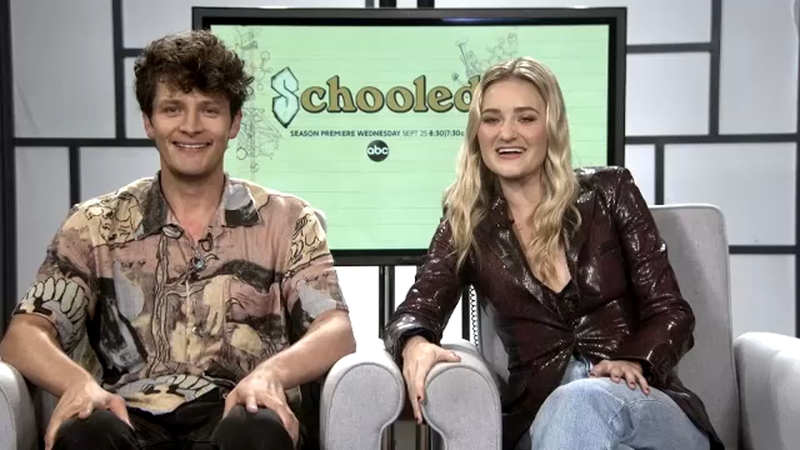 Team Blainey vs. Team L.B. on season 2 premiere of 'Schooled'

NEW YORK -- Summer vacation is over and Lainey Lewis and Barry Goldberg are still together, to C.B.'s dismay, on the season 2 premiere of "Schooled."

"Barry and Lainey are working on it and I want to see them work because I love that relationship, but it's so much of the storyline for the last six years with Lainey, but I also have hopes for her and C.B.," said AJ Michalka, "Lainey Lewis."

"I am team C.B., but I am also whoever makes whoever happy the most," said Brett Dier "C.B." "I just want everyone to be happy, that's all!"

"Do they want Blainey, or do they want L.B.? You know?" Michalka said.

We also see Lainey embracing her second year of teaching with new confidence. She thinks that she no longer needs a mentor, and wants to reach out to her students on a more personal level. She's channeling Michelle Pfeiffer in "Dangerous Minds."

"I love 'Dangerous Minds' so being able to kick off the second season with that as kind of our storyline, and even though it's a dramatic film, we're turning it into a comedic story throughout this episode," Michalka said.

They also said that they are doing a nod to "Friends" this season! There is plenty of '90s goodness to come.