Meteor that streaked over Chicago captured on camera 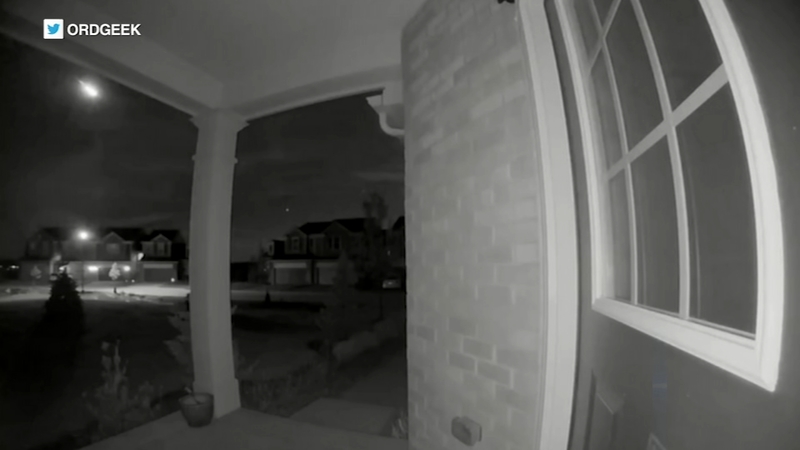 A north suburban Riverwoods resident caught fireball on his Nest Doorbell Cam but he says didn't even realize it until people started talking about the meteor on Twitter.

The meteor appears to have fallen over Chicago.

The police department shared that video on its Facebook page.

Meteors are little particles of sand and grit according to ABC 7 Chicago Meteorologist Mark McGinnis.

McGinnis says as it's coming out of space into the upper part of the atmosphere it hits friction and it lights up.