Veteran thrown out of Subway restaurant because of service dog 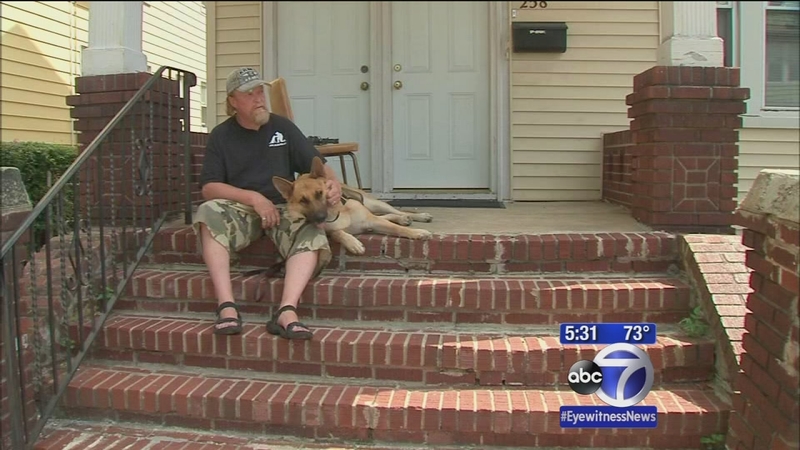 Veteran, service dog thrown out of Subway restaurant in NJ

PATERSON, N.J. -- A disabled veteran was thrown out of a fast food restaurant because of his service dog.

Federal law is clear: Dogs are recognized as service animals and all businesses open to the public, including restaurants, must allow them in. But a U.S. Army veteran says a Subway restaurant in Paterson, New Jersey, blatantly ignored the law, and now, he's determined to send them a message in court.

"He realizes I'm having anxiety before I do," Richard Hunter said.


So, it was a big deal when Hunter finally took his son and a coworker to lunch a few weeks ago at a Subway restaurant in Paterson.

"This was huge to go out with my son for the first time in over ten years," Hunter said.

The sign on the door seemingly said it all: "Service animals are welcome," but Hunter claims the manager, later identified as Mitul Ahmed, said something different.

"I may have been holding the door when he first said something. He said, 'The dog is not allowed in here. Get the dog out of here,'" Hunter said.

"He was wearing what he has on right now," Hunter said. "I said he was a service animal."

Hunter called the cops who said they couldn't do anything. He then called the owner.

"The owner told me straight up: 'I can refuse service to anyone I want,'" Hunter said.

"No food establishment can refuse entry to a service animal," Tandy said.

When WABC found the manager, Mitul Ahmed, behind the counter, he denied everything.

"You're not Mitul Ahmed," Wallace said.

Oh, and that sign on the door, suddenly changed. The line about service animals welcome was removed.

The owner's son arrived, with a foot-long list of excuses.

"If he's not going to say he made a mistake, that's fine too, because I'm going to be the better person, you know, we both messed up, all right, we messed up more," said Zaphir Pathan, the Subway owner's son.

"How did he mess up by having a service dog and wanting to go into the store, I don't understand that?" Wallace said.

"If I go into that Subway with a service dog, will I be allowed in?" Wallace asked.

"You can go in right now because now we know," he said.


Now, Guess what? Ahmed is still working and still in denial.

"So, you're OK having him work for you when he lied?" Wallace asked.

"Who doesn't lie when they don't want their case thrown under the water?" Pathan said.