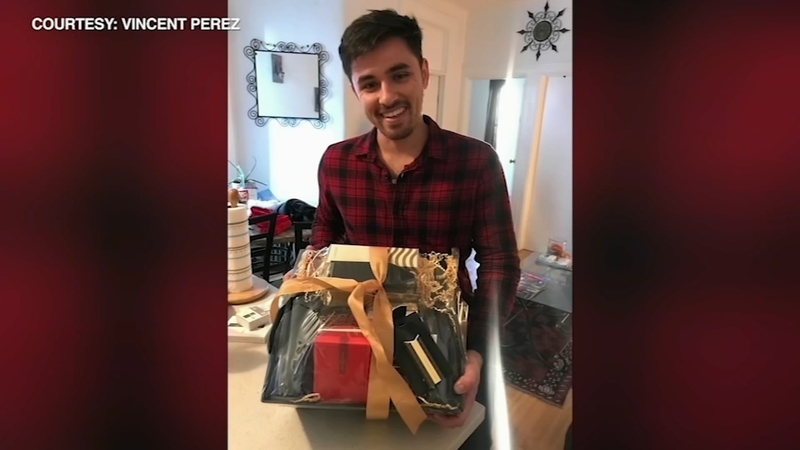 CHICAGO (WLS) -- The mother of a Northwestern University student who was shot and killed just hours after arriving in Chicago in September 2018 was at court Tuesday as the man charged with her son's death appeared before a judge.

Shane Colombo was supposed to attend graduate school at Northwestern University beginning in 2018.

Diante Speed, 20, is charged with first degree murder. Prosecutors said he was struck by stray bullets while he was walking in the 7500-block of North Clark Street.

Prosecutors said surveillance video shows Speed with a gun chasing another man, and the image of Colombo falling to the ground.

Colombo was rushed to St. Francis Hospital in Evanston, but pronounced dead soon after arriving.

A break in the case came when South Holland police recovered the 9-mm handgun used in the shooting during an arrest in the south suburb, prosecutors said. The man found in possession of the gun told authorities he bought it from Speed's friend. The friend allegedly told investigators that he got the gun from Speed.

Tuesday was the first time Colombo's mother saw the suspect in court.

"He waved at his family and blew them a kiss," Tonya Colombo said. "My son doesn't get to blow a kiss. I don't want anyone to go through this."

Speed's mother and grandmother were also in court. They only said they were concerned he had fallen in with the wrong crowd. Speed is due back in court in September.