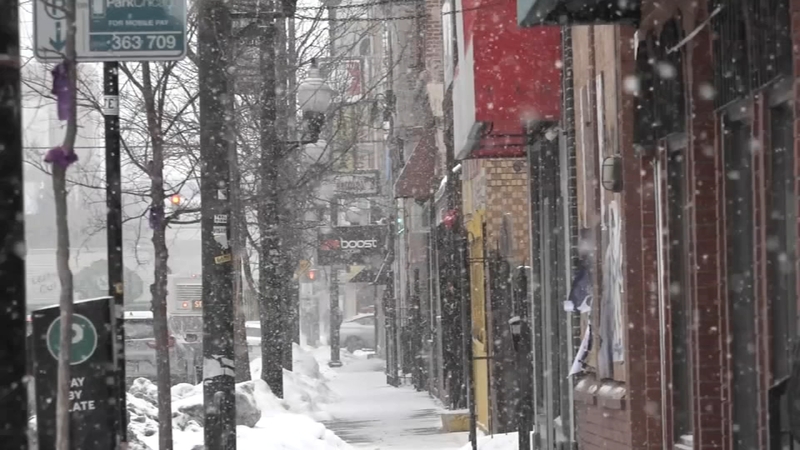 CHICAGO (WLS) -- As the temperature and snow continues to fall, the community establishments in Pilsen have opened up to serve as warming centers.

"We couldn't just sit and watch as people were outside in dangerous temperatures," said 25th Ward Alderman Byron Sigcho-Lopez.

Sigcho- Lopez opened his office doors last weekend to keep people from the cold, with a limit of nine people at a time. He said they also helped many in need of a place to stay overnight.

"We've been able to place most of the homeless residents who have been coming to our office or who we've seen at encampments, we've made sure they've been able to stay at a hotel for now," he said.

"Because its been so cold recently, we've decided we could, in fact, bring in or allow people to come in and warm up regardless if they're using the pantry for any reason," said Steve Wiley, manager.

Wiley said they've made their pews available for those in need of warmth.

Both the Pilsen Food Pantry and Ald. Sigcho-Lopez's office are working together to provide warming centers for their community, and the alderman said he's seeing tremendous need saying that it speaks to Chicago's housing issues.

According to a report from the Lawyers' Committee for Better Housing and Loyola University, a projected total of more than 21,000 evictions could be filed in the city of Chicago when the state's moratorium ends.

"This is an urgent call for every level of government to invest in emergency housing," said Ald. Sigcho-Lopez.

Yukare Nakayama is a Community Journalist at ABC 7 Chicago. She tells stories on the West Side of the city in neighborhoods like Pilsen, Little Village, North Lawndale and Austin. Nakayama also covers the north shore suburbs such as Highland Park and Highwood. If you have a story to share in these neighborhoods, send an email to Yukare.X.Nakayama@abc.com