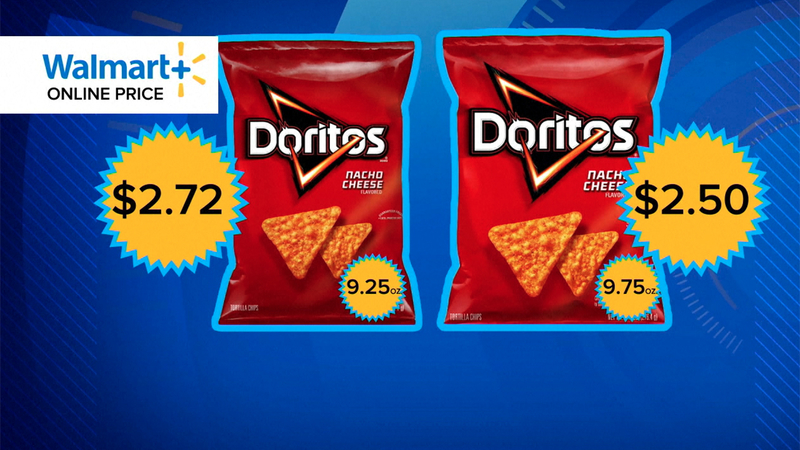 "'Shrinkflation' is a term used to describe implicitly increasing the price of an item by slightly decreasing the amount or quantity in a package," Steve Reed, an economist at the Bureau of Labor Statistics, told ABC News.

Reed said the BLS doesn't have any evidence on why this occurs and cannot speak to the motivation or strategies of the sellers, but "the conventional wisdom is that the reason this is done is that it is less noticeable to consumer than sort of an explicit price increase."

The latest data from the Consumer Price Index indicates that prices on everyday goods have jumped 5% over the last 12 months -- the largest one-year increase since August 2008. The CPI has been trending upwards every month this year, stoking inflation fears among economists and "shrinkflation" worries among shoppers.

The inflation we're feeling now could be a good sign of things to come. Here's why.

Edgar Dworsky, a watchdog at consumerworld.org, told "Good Morning America" that he's found shrinking package sizes for paper goods, snacks and even hotdogs. In many cases, consumers are still paying the same price, he said.

For example, one shopper alerted Dworsky that Doritos sold 9.75-ounce bags of chips in March, but now the same chips come in 9.25-ounce bags. "GMA" researched prices on Walmart.com and found that the smaller bags were selling for $2.72 -- 22 cents more than the larger bag at $2.50.

"Now you're probably not going to miss it, but think from the Frito-Lay standpoint: If they save half an ounce on every bag, multiply that times the tens of millions of bags [sold], that's a big savings for them," Dworsky said.

Another shopper pointed out that boxes of Wheat Thins sold at 1 pound, or 16 ounces, in 2020, but the crackers now only come in 14-ounce boxes. The consumer reported that both box sizes sold for $3.

"You're getting 2 ounces less, so in essence, you're paying more. You're gonna have to go to the store more often because the package empties quicker," Dworsky said.

Costco-brand paper towels reduced from 160 sheets-per-roll last year to 140 sheets-per-roll. The company told ABC News the change is temporary due to increased demand, and prices were dropped accordingly.

"GMA" reached out to Frito-Lay and Mondelez International, the makers of Doritos and Wheat Thins respectively, and had not received a response.

There are things consumers can do to avoid these sneaky price hikes, Dworsky said, such as thinking about prices by weight and doing a few simple calculations.

"Consumers are price conscious -- they'll spot that price increase -- but they're not net-weight conscious," he said. "If you ask someone how many ounces is in this jar of mayonnaise, or in the cereal box you buy, they're going to shrug their shoulders."

"That's kind of how manufacturers take advantage because you don't have those sizes memorized," he added. "So what consumers can do is they have to become net-weight conscious."

He recommends memorizing the net weight of items that you buy all the time to keep an eye on if it's changed, noting that most products won't advertise that they are being sold in smaller portions.

Dworsky also recommends looking at competing brands for comparison, and then at store brands, which he says "tend to be the last to downsize the unit price." Finally, Dworsky called family-size unit pricing the "great equalizer," because it often tells you what the cost is per ounce or per 100 sheets and makes for much easier comparisons.