WLS
By Chuck Goudie and Ross Weidner and Jonathan Fagg 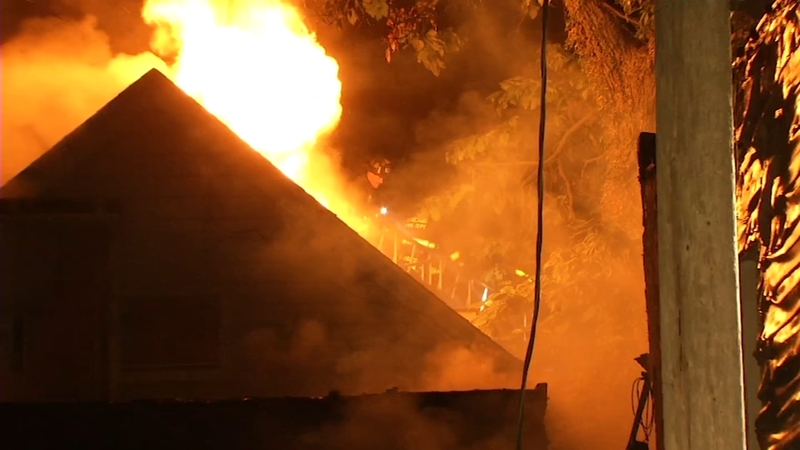 CHICAGO (WLS) -- In October 1994, Logan Square resident Jordan Rodriguez and his twin 4-year-old brother Justin accidentally started a fire at their North Side home while playing with a lighter. Their mom quickly tried to get everyone out the back door.

He ran back inside the burning home but couldn't drag his brother out.

"I remember just looking at him and just basically hugging him, I, if that would have been the end, I would have died with my brother," Rodriguez said.

While the badly burned brothers survived that fire years ago, data from the National Fire Incident Reporting System analyzed by the ABC7 I-Team shows today the likelihood of injury or death in a fire is increasing.

An I-Team data investigation has also uncovered many Illinois homes where the first line of fire defense is up in smoke: smoke alarms out of date, not working or nonexistent.

Using data provided by fire departments after incidents from the nationwide NFIRS database, the I-Team found that only 53% of homes that had fires so far this year in Illinois had working smoke alarms. Statewide, that's nearly half of homes in fire incidents that were unprotected by smoke alarms.


But, in Chicago, it's much worse. Only 40% of homes involved in fire incidents this year have had working smoke alarms; that's 60% unprotected.

A statewide campaign to install thousands of smoke alarms, run by the non-profit Illinois Fire Safety Alliance, provides installation kits to fire departments across Illinois. The IFSA is a non-profit that works with smoke alarm manufacturers First Alert and Kidde. When fire departments visit properties as part of the program, they record data about the status of any existent smoke alarms. According to IFSA data, nearly 87% of properties visited as part of the program either had no smoke detectors, expired detectors or detectors that didn't work.

"We know that things need to improve for sure," said Zaleski. "We need to start getting more of these smoke alarms into the homes because if we're not, they're at risk." 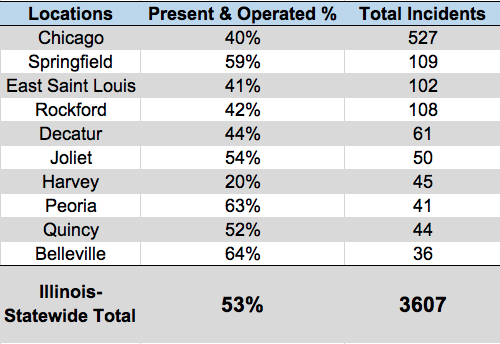 "People take for granted that that smoke detector is up there and working," said Matt Perez, Illinois State Fire Marshal. He told the I-Team that he's worried too many Illinois residents take their safety for granted.

"This can happen, it isn't just something that happens down the street, across town, this can happen in your house tonight and if you don't have one of these smoke alarms in place, functioning, it could happen to you," Perez said.

The Illinois State Fire Marshal and Illinois Fire Safety Alliance worked to pass a new law in Illinois that requires that residents install smoke alarms that are designed to last 10 years and have internal non-removable batteries. That law takes effect in 2023.

But, the I-Team has learned that Chicago is exempt from the new law. City officials told the I-Team they believe requiring the new units citywide would be too costly. Chicago Fire Department officials said they work to make sure Chicago homes have working smoke alarms and they are "committed to working with local partners and lawmakers to find ways to remove barriers to purchase for low-income communities before it is made a requirement in the City of Chicago."

The I-Team has learned that an ordinance to require 10-year smoke alarms will likely be introduced in City Council later in November.

"Why are they exempt? It makes no sense," asked Rodriguez.

Click here to learn more about IFSA's Camp "I Am Me" for children and teens who have experienced burn injuries.