WLS
By Cheryl Burton
CHICAGO (WLS) -- Some say his imperfections make him a perfect role model for his legion of fans, as an artist who made history giving away his music for free. Fortune Magazine just named him among their 50 greatest world leaders. His admirers are singing his praises not only for his lyrical genius, but how he also strikes a chord when he's out in the community.

Chance the Rapper made history as the first artist to win a Grammy - three Grammys, in fact - for his streaming-only album "Coloring Book."

"It's still surreal to think about that night and how it went, and how much pressure was on it and the amazing outcome," he said.

The self-made superstar is prouder still that he did it his own way.

"A lot of people said it was impossible, but I knew that I still didn't want to sign with a label back when I was with Acid Rap," Chance said.

And for Chance, success also means taking a stand. The day before the presidential election, he led thousands to register to vote.

"I guess activism is in my blood. My great-grandmother marched with King, my grandmother had herself and all her children volunteer for Harold Washington. Like I said, it's a lot about responsibility and integrity," he said.

It's also about giving back. Earlier in March, the 23-year-old donated $1 million to Chicago Public Schools through his nonprofit organization Social Works. The CPS graduate said he's a living example of how arts and music in schools can change your life.

"I care because it's my responsibility. I was raised to not kind of be ignorant to important issues that affect my people. My biggest enemy besides Satan is inequality," Chance said.

On Oscar night, Chance rented out a theater in Chatham, the neighborhood where he grew up and still calls home, as a way to say thank you to those who supported him from the beginning.

"Chatham is everything," he said. "I like to still, like, have my presence over there and let everybody know that I'm trying to make things slowly better."

In 2015, life took on new meaning when he became the father of daughter Kensli.

Cheryl Burton: "Does the name mean anything, Kensli?"
Chance the Rapper: "Yeah, Ken and Lisa put together. No one ever asked me that, so you're the first person to get that."

Ken and Lisa are the names of Chance's parents, both big role models and supporters. The proud papa often shares special daddy-daughter moments on social media.

Cheryl: "How have your lyrics changed since becoming a father?"
Chance: "So it's definitely this project, specifically, 'Coloring Book' was defined by adolescence and also growing and accepting my responsibility. I wanted stuff my daughter could dance to."

Chance said President Obama is one of the people who inspires him. The president told him recently there is nothing he couldn't achieve if he remains fearless, compassionate and humble.

"It feels like a challenge and you want to live up to those standards, so it made me feel like I was on the right path," Chance said.

President Obama mentioned that Chance's songs are on his playlist.

Chance said he also admires another Chicagoan who got his musical start in the city, Kanye West, and comedian Dave Chappelle, but he said there are some special artists he wants to work with. He will share those artists on ABC7 News at 5 p.m. Friday.

Also Friday, he shares what his parents wanted him to choose as a career, even though he had told them he wanted to be a rapper since he was 7-year-old.
Related topics:
societychicagochathamexclusivechance the rappermusicgrammy awardchicago proud
Copyright © 2021 WLS-TV. All Rights Reserved.
CHANCE THE RAPPER 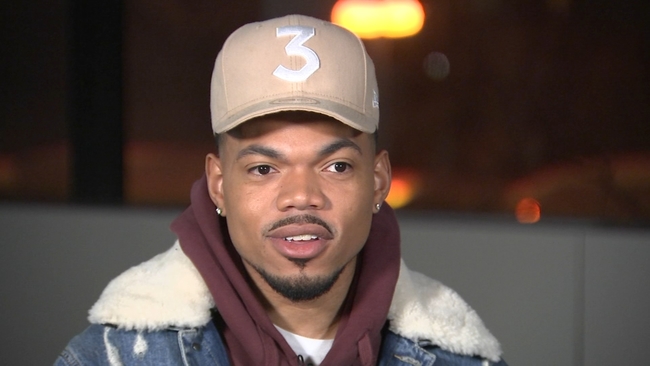 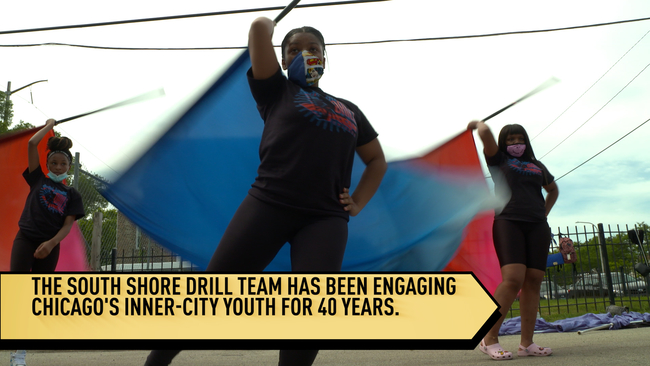