NAPA, Calif. -- A Napa family has been torn apart after Immigration and Customs Enforcement agents swarmed their property and arrested the father. This was one of several deportation arrests in Northern California on Sunday.

"Probably like 5-6 cars just stopped and all of a sudden they just got out, armed and with their bullet proof vests," said Helena Ponce, whose husband was doing yard work behind the house when ICE agents took him into custody.

Ponce says she saw at least a half dozen ICE agents. The family feared this day would come, but still held out hope.

"He went to work. He didn't drink. He didn't do anything wrong. We just assumed they were coming for other people who really are doing wrong stuff," said Ponce.

Ponce's husband is 39 years old and came to the U.S. from Mexico when he was only 4. The family hadn't heard about the warnings of possible ICE sweeps over the weekend. They've since sought the help of North Bay Rapid Response Network, an organization that assists undocumented immigrants who are facing deportation.

ICE agents certainly made their presence known. Within a couple hours of the arrest, they were seen gathering at a parking lot on Gasser Drive and West Imola Avenue.

Daughter Isabella Salgado says through it all, she will continue to follow her father's advice -- which is to study hard and to cherish her legal right to be in this country.

"It's kind of the reason why I want to go to college and I kind of want to do everything for him because I have the opportunity. I am a U.S. Citizen and have all this stuff and I shouldn't take it for granted," said Salgado. 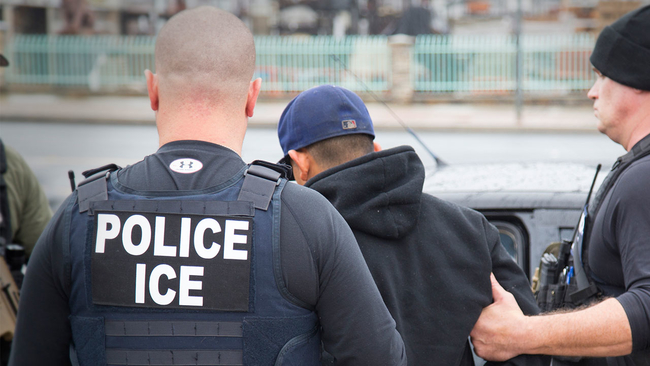