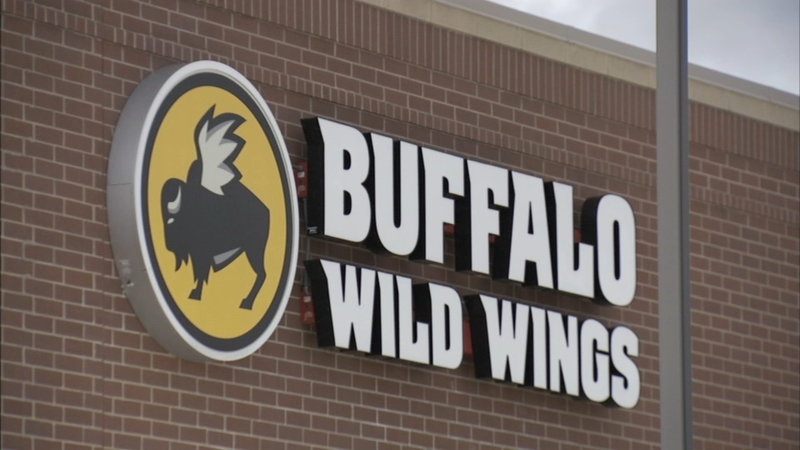 NAPERVILLE, Ill. (WLS) -- Reverend Jesse Jackson is working with the victims of a racist incident at a Naperville Buffalo Wild Wings to get corporate commitments to avoid a boycott of the chain.

The Civil Rights icon gathered with the Vahl and Riley families on the South Side of Chicago Monday. The victims say on October 26, managers at the Naperville restaurant did not offer them equal accommodation in an effort to appease a regular customer who they said told management he didn't want to sit near black people.

Justin Vahl said he was asked his race when he tried to get his party of 18 seated.

"I was surprised I was a little perturbed by the question," Vahl said. "But at that time I really didn't understand what that young gentleman was trying to do."

The group was shown to their tables by an African American host at first. Then they were told to move.

"He had been trained by the management staff to accommodate this gentleman. So what he was doing was trying to kind of give us a heads up and let us know about the situation," he said.

The group said two senior managers conferred with the racist couple before attempting to move them under the guise that the tables were reserved.

"Then reconvenes with us to have a conversation that wasn't honest, that lacked integrity about this couple," Marcus Riley said. "So at that point we decided we weren't appreciated. We decided to go."

"This is a sign of our times," Rev. Jackson said.

There are now threats of a national boycott if Buffalo Wild Wings doesn't make improvements. Jackson said he and Rainbow PUSH Coalition will stand with the families to come up with a path forward. He is looking for commitments from the company to stave off a boycott.

"Not only that the family get the proper apology that they deserve, but more than that," Jackson said. "Not only is equal treatment at stake but equal access to franchises and construction. We cannot just be customers, we must be partners in the process."

Buffalo Wild Wings said the company has been in touch with the families and the governor, and is implementing new anti-racism policies in hiring and management practices and welcomes constructive feedback. Apologies alone at this point won't be enough.

"Because that would not have been sufficient for Dr. King as it related to Miss Rosa Parks getting an apology from the bus company," said Bishop Tavis Grant. "We need systematic constructive change. The roots out uproots racism at its very core."