Spirit of Giving: Franciscan House of Mary and Joseph in Chicago

WLS
By Produced by: Sylvia L. Jones
CHICAGO (WLS) -- This week, ABC7 is teaming up with the Greater Chicago Food Depository and the Northern Illinois Food Bank for "Spirit of Giving: Helping fight Hunger." We are highlighting the need for us all to pitch in and help feed our hungry neighbors.

One man was down on his luck, but was fortunate enough to get a hand up. He says the Franciscan House of Mary and Joseph and the Greater Chicago Food Depository helped him overcome the toughest times. This time last year, Orlando Collins was out of work and had lost his apartment.

He turned to the Franciscan House of Mary and Joseph for help. It's a homeless shelter on the city's West Side.

"I was hoping, hoping to get out of here as soon as possible because I didn't no longer want to just be homeless. It's a hurting feeling," Collins said.

Like many of the men and women who line up hours in advance of the doors opening, Collins says there were many days when the meals he received at the shelter were the ones he had all day.

"During the day, I would be out there cold all day nothing to eat and I'd look forward to the meal when I come in at night," Collins said.

The Franciscan House is one of 600 organizations that receives food from the Greater Chicago Food Depository.

"We serve over 16,000 meals a month. We serve a hot breakfast, a sandwich at lunchtime and we have a hot meal in the evening," said Cynthia Northington, Franciscan House of Mary and Joseph. "And that allows our guests when they go to sleep at night they're on a full stomach."

"It's really not just homeless people that are hungry. Overall, 812,000 men, women and children each year are turning to the food depository network of agencies. That's one out of every six people in Cook County," said Paul Morello, Greater Chicago Food Depository.

Fast forward one year, Collins returned to school to earn his certificate in food sanitation. He now has his own apartment and works as food manager at the same shelter that helped give him a second chance. He considers it a privilege to serve a hot meal to men and women who need it as much as he once did.

"I grew a passion for it. It makes me feel good that I was able to feed this one guy who didn't have any kind of money or any resources to eat with. You know it makes me feel great," Collins said. 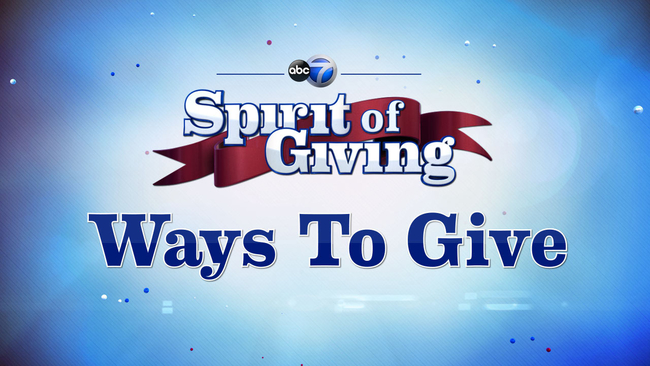 ABC-7 Spirit of Giving: Ways to Give 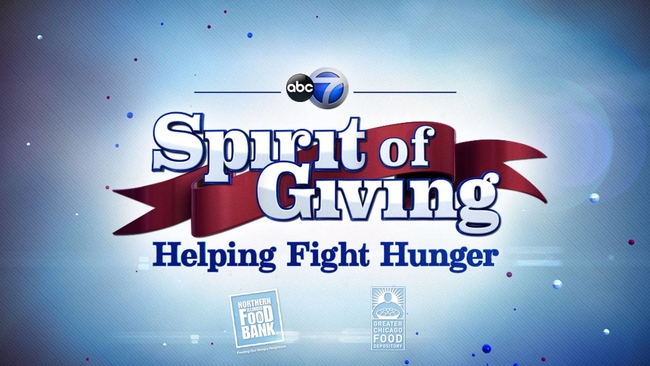 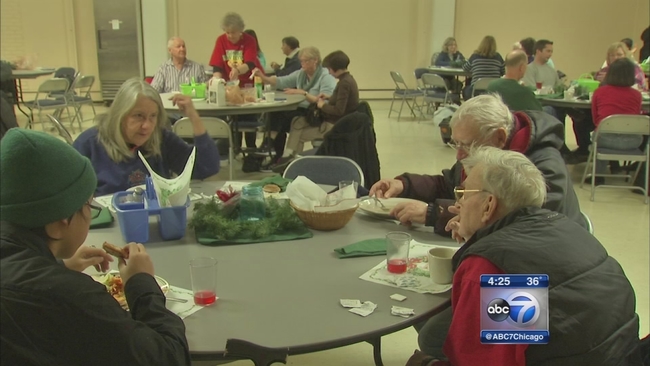