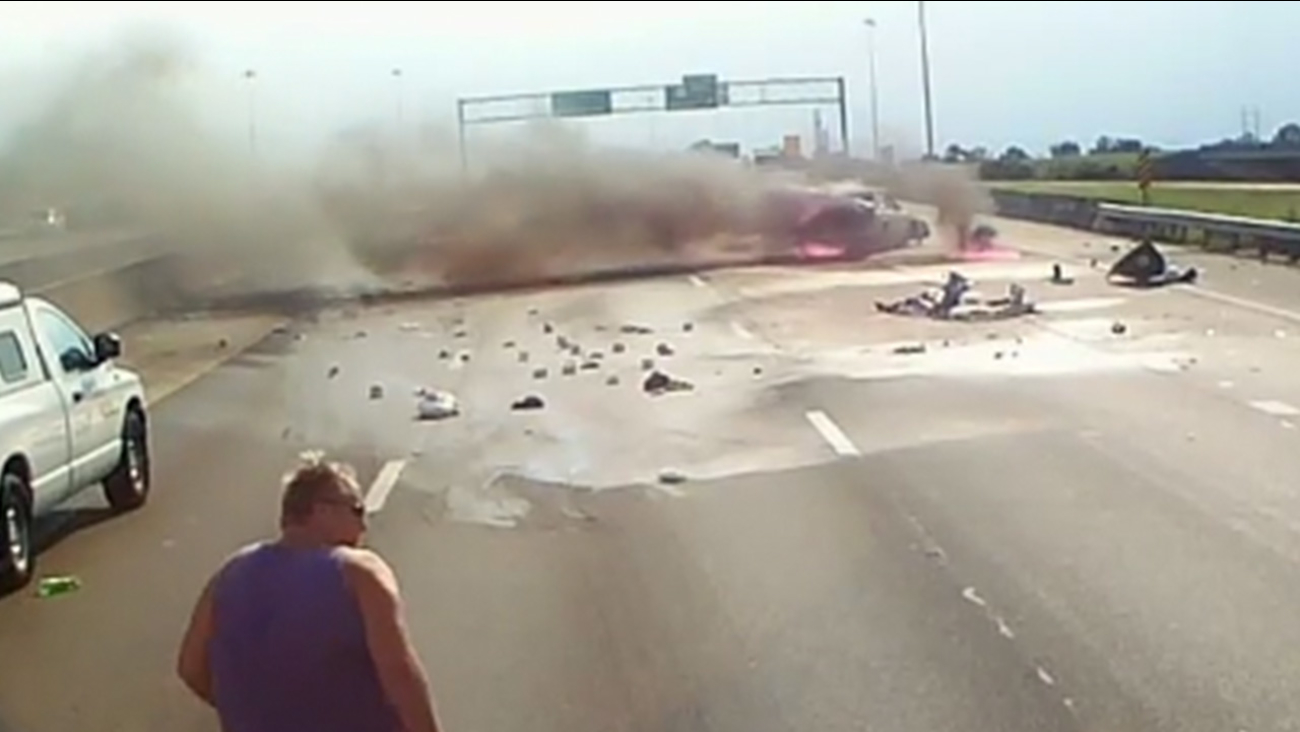 Truck driver David Frederickson's dashboard-mounted camera captured his heroism as he saves a woman and her one year-old from a fiery crash. After a car t-bones a semi-truck, the semi's fuel tank ignites, causing a huge explosion on the I-10 in Biloxi, Mississippi. Watch below.

As Frederickson pulled up to the scene of a horrific crash, the explosive collision was so intense, most would assume the worst for the vehicle occupants.

When Frederickson asked whether he felt they should try to help the crash victim out of their car, his partner responded, "No! What are you gonna do?"

"I got a fire extinguisher," said Frederickson, before exiting the cab and trotting down the smoke-filled highway.

Despite his partner's pessimism, Frederickson runs out to the flame-engulfed car with his extinguisher, managing to repel the fire enough to reach the passenger-side door. Inspired by Fredericksons' bravery, other motorists join to help him retrieve the vehicle's passengers, which included a woman and her one year-old.

After pulling the passengers out of the car, and escaping to the side of the road, Frederickson and the other rescuers watch as the fire grows to swallow the entire car. By the time firefighters reach the scene, the passenger area is completely engulfed in flame. Without a doubt, Frederickson' bravery saved the two accident victims.

The video was uploaded to YouTube by Frederickson' son, who wrote the following:

"Thankfully my father had the presence of mind, bravery, and forethought of carrying a fire extinguisher, to be the first person on scene to risk his own life in order to possibly save another and to inspire others and lead them into taking action. Everyone involved in the rescue effort is a hero in my books."

Reportedly, the car doors had been jammed-shut from the crash, preventing the female driver from exiting the vehicle. The female driver suffered a broken leg, and all others involved in the crash sustained only minor injuries.

According to Frederickson' son, the date on the video is incorrect. This incident reportedly happened Monday, August 11th, 2014. The video was uploaded Sunday, August 17th.

Would you have risked approaching this accident? Let us know in the comments below.