'I want this to never happen to another family again,' his mother says
WLS 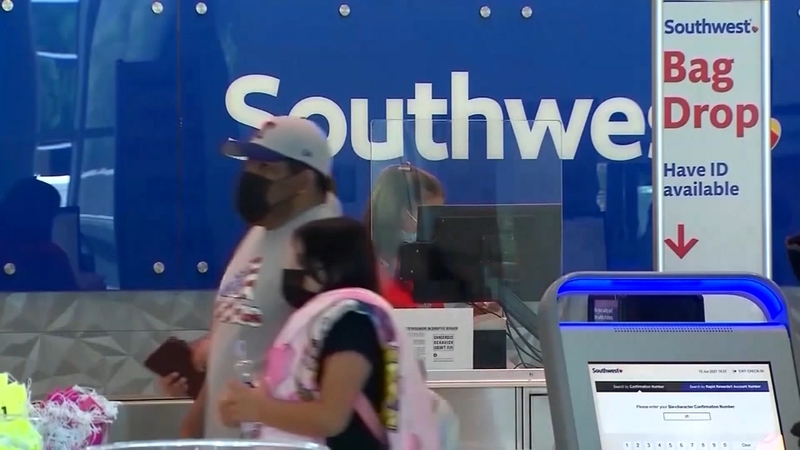 Boy, 8, with autism not allowed to board Southwest flight, family says

MILWAUKEE (WLS) -- A Wisconsin family says their son with autism was not allowed to board a plane to Dominican Republic at Chicago O'Hare International Airport.

His mom told WJDT he was discriminated against by a gate attendant who was concerned he wouldn't be able to keep a mask on during the flight.

"I'm here without my buddy, both of my buddies," Megan Kitze-Ward said on Facebook Live Tuesday night from her hotel room in Punta Cana, recapping the nightmare travel experience that left her husband, Matt, and 8-year-old son, Max, behind.

"And all she kept saying to me was, 'I know autism and I can't guarantee that you're going to be keeping that mask on him,'" Kitze-Ward recalled.

Kitze-Ward said she feels Max was discriminated against for his disability, something that Gerald Hay says can happen more often than people think. Hay works with folks with disabilities on a daily basis.

"What we find is, a lot of times, it's more of just an awareness issue," said Hay, director of independent living services at Independent First.

He says many situations like the one experienced by the Ward family can be avoided.

"You don't have to be an expert or be able to accommodate specifics," Hay said, "if you approach things as we want to be as accessible and as inclusive as possible and that's where a lot of these frustrations come in."

"I want this to never happen to another family again," Kitze-Ward said.

While frustrating, Kitze-Ward's story has a slightly positive ending: they'll get another chance at the family trip.

"The very first thing he said to me was, he said, 'Megan, what I'm about to say to you, will never erase what happened today,'" Kitze-Ward said. "He's like I'd love to give your family a redo, I'd love to allow you the opportunity to redo this trip."