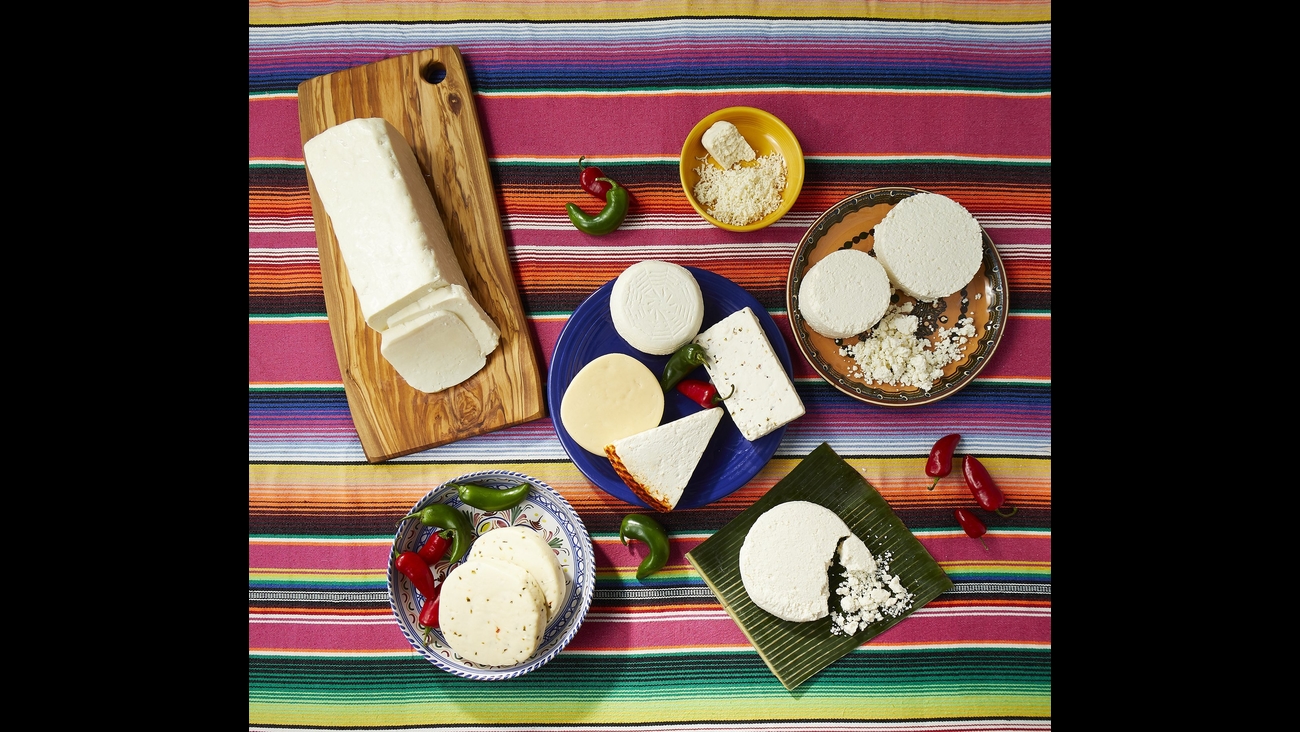 CNNWire
REESEVILLE, Wis. -- In 1991, Paul Scharfman quit his marketing job at Kraft Foods and took a leap of faith.

After a 12-year career at Kraft's operation in Madison, Wisconsin, and six years at Oscar Mayer before that, Scharfman was itching to do something innovative and entrepreneurial, reported CNN.

Living in 'America's Dairyland,' he decided to start his own cheese business. But he knew he needed to corner a niche market that would set his business apart from the large cheese manufacturers and produce higher margin products.

"I saw how America was continuing to attract people from all over the world," said Scharfman. "At Kraft, I was involved with marketing to the Hispanic market and I was already aware of its growth."

Scharfman decided to delve into ethnic cheeses that cater to people from different cultures and communities.

It was a risky bet that paid off.

His Specialty Cheese Company now produces 35 varieties of cheese, including Hispanic cheeses -- like those used in quesadillas -- under the La VacaRica brand, Indian cheese called 'paneer' and cheese used in Middle Eastern and Brazilian cuisines.

Its products are sold nationwide at retailers such as Costco, Wegmans and Publix, and to large restaurant industry suppliers.

"We expect to hit $40 million to $50 million in annual sales this year," said Scharfman.

But Scharfman's innovative ideas didn't stop with cheese. He went on to transform an entire community.

As his business grew, Scharfman was keen to expand into a bigger space. In 2003, he bought the local high school in Reeseville, Wisconsin, for $250,000.

"Our county had made the excruciating decision to close the school because families were leaving the rural area for better opportunity," said Scharfman. "As they left, it shrank the population of school kids here."

Scharfman has since spent a total of $8 million refurbishing the 50,000-square-foot space and building a 20,000 square-feet addition. The facility is used to produce, package and ship cheese and also serves as the company's headquarters.

"My office is in what was the detention room. It still has a one-way window in it," Sharfman revealed. And other remnants of the building's past are scattered throughout. "There's also a mural of kids' handprints in the hallway." The "Principal's Office" sign remains and cheese is packaged in the Earth Science classrooms.

Over time, the school has come to symbolize something more meaningful to Scharfman.

"When a local company in this setting does well, it helps uplift the community. Drug use goes down because people have jobs. Housing prices that were once down start rising," said Scharfman. "I want [us] to be a story of revitalizing rural America. There is so much undervalued opportunity in rural areas."

As Scharman created more new jobs in the rural community, getting people to and from work posed a particular challenge.

Reeseville is a small town of about 700 residents, located 40 miles northeast of Madison.

"The nearest supermarket is 12 miles away," said Scharfman.

Just 20 employees from Specialty Cheese live in Reeseville, while the rest commute from surrounding areas.

As his business grew, Scharfman needed to hire more workers, but he also wanted to open up opportunities to Wisconsin's rural residents who can't afford long commutes.

"One of the biggest barriers of people getting work is lack of transportation, especially in rural areas," said Gene Dalhoff, vice president with the Madison Region Economic Partnership, an economic development agency for the eight-county region of South Central Wisconsin. "Paul had a hunch that there was a work-ready rural population in his county that would work if they had a means to get to work."

So in 2018, Sharfman launched the Getting to Work initiative. "We basically hire people to provide a 24-hour carpool service for our employees," he said. "They get picked up beginning 6:45 am and pay $6 a day for getting picked up and dropped off at home."

The service currently has 10 drivers. "For me, sharing the cost of transportation this way is less expensive than dealing with absenteeism," he said. "I'm proud to say we currently have full employment at the company."

Rebecca Glewen, mayor of Beaver Dam, a city with a population of 16,000 located 20 minutes from Reeseville, was on the committee of local officials and businesses that Sharfman assembled to address the transportation issue.

"Paul is an outside-the-box thinker. He saw a problem and found a solution that's helping his company and making the lives of employees better," said Glewen. Now the committee is thinking about replicating the rideshare concept in other areas.

"Some live in poverty. I step in and say we'll get you housing. You need a credit check. We take payroll deductions and give loans to help out," he said.

There's an eight-acre property next to the school he's hoping to buy to construct a childcare facility for employees.

"My factory runs 24 hours and I need employees 24 hours. So we want to provide 24-hour childcare for whoever needs it, especially the young parents," he said.

Over its 28 years, Specialty Cheese has grown from 40 employees to more than 250, with employees ranging in age from 18 to 82.

The oldest employee is Jerry Straseske. "He's mayor of the adjacent town and has worked for us for 30 years," said Scharfman. "He drives cheese samples to the nearby lab, among other things."

While Sharfman has ambitious plans for his company -- his son David launched a new cheese snack called Just the Cheese that is now a separate business unit -- he wants the company's success to be measured by how it elevates the community.

"People here have come to believe less of themselves than they are because of their challenges. I am showing compassion and motivating them," said Scharfman.