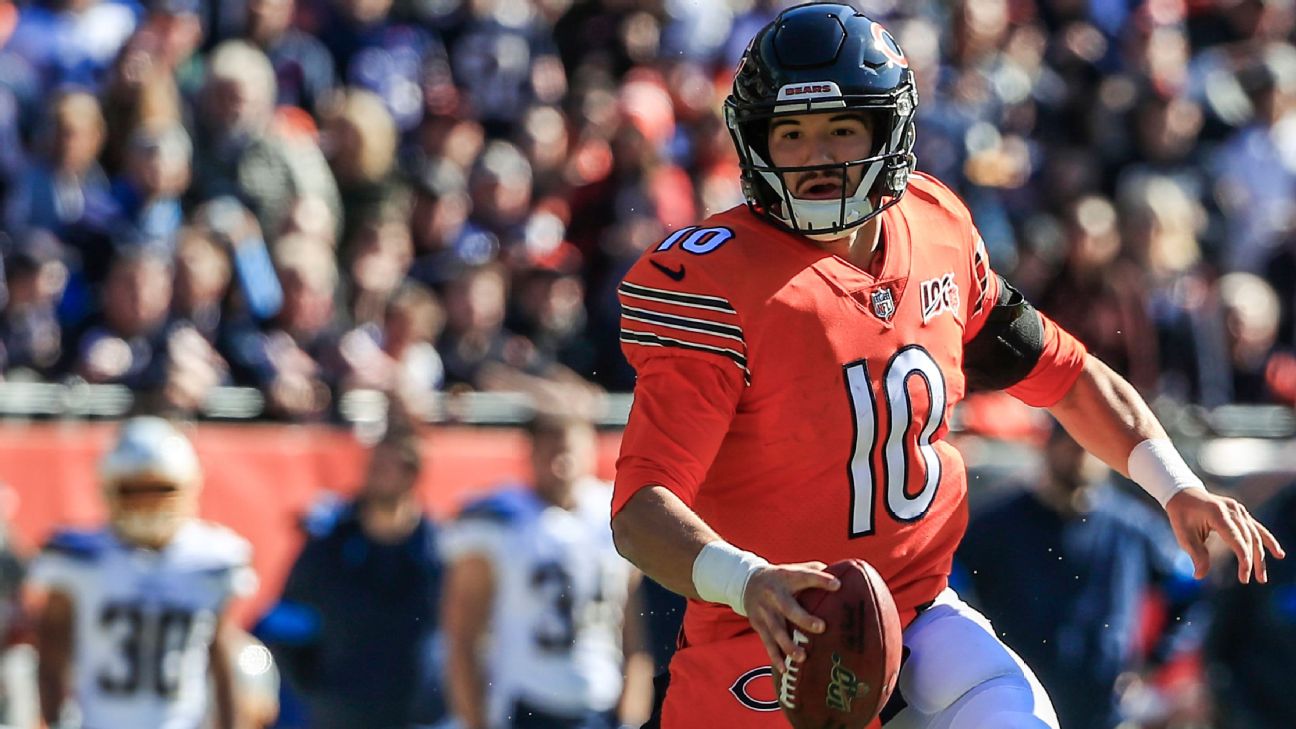 Bears coach Matt Nagy announced Monday that he will not switch to backup Chase Daniel after Trubisky committed two costly fourth-quarter turnovers in Sunday's 17-16 loss to the Los Angeles Chargers.

"Yes, there is [enough time left for Mitch to improve]," Nagy said. "And we understand that we didn't get the win, but we felt there was definitely an improvement. We're going to make sure that we keep our noses to the grind, we stay positive, we stay really positive because that's who we are."

Trubisky, 25, has struggled the majority of the season. Entering Sunday's game, Trubisky ranked 29th out of 31 eligible quarterbacks in QBR, 28th in passing yards per game, 34th in yards per attempt and tied for 29th in touchdown passes.

The former second overall pick went 23 of 35 for 253 yards, zero touchdowns and one interception (75.1 passer rating) against the Chargers, but he did complete three throws of 30-plus yards to three different receivers.

Trubisky also skillfully avoided the rush and scrambled for 11 yards with under a minute left to play to put Chicago in field goal range to win the game, but Bears kicker Eddy Pineiro ultimately missed from 41 yards as time expired and Chicago lost its third game in a row.

"Again, this thing right here with Mitch, is he's at a point right now where yesterday -- as a matter of fact, I've got it on my sheet, my index card right here -- there's a bunch of yellow on here," Nagy said. "There's a lot of really good throws in yellow that he made.

"I'll just throw one out that's a special throw -- second-and-18 to Trey Burton across the middle. That's a tough throw. And there's several more on here that are really good throws, but that's a special throw right there. Now, there's others within the game that he can get better at. There's one that he truly missed [to Taylor Gabriel]. ... He knew it right away. We all knew it. We'll talk about it and we'll try to hit it next time." 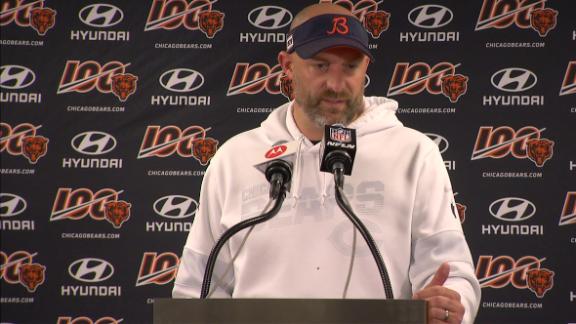