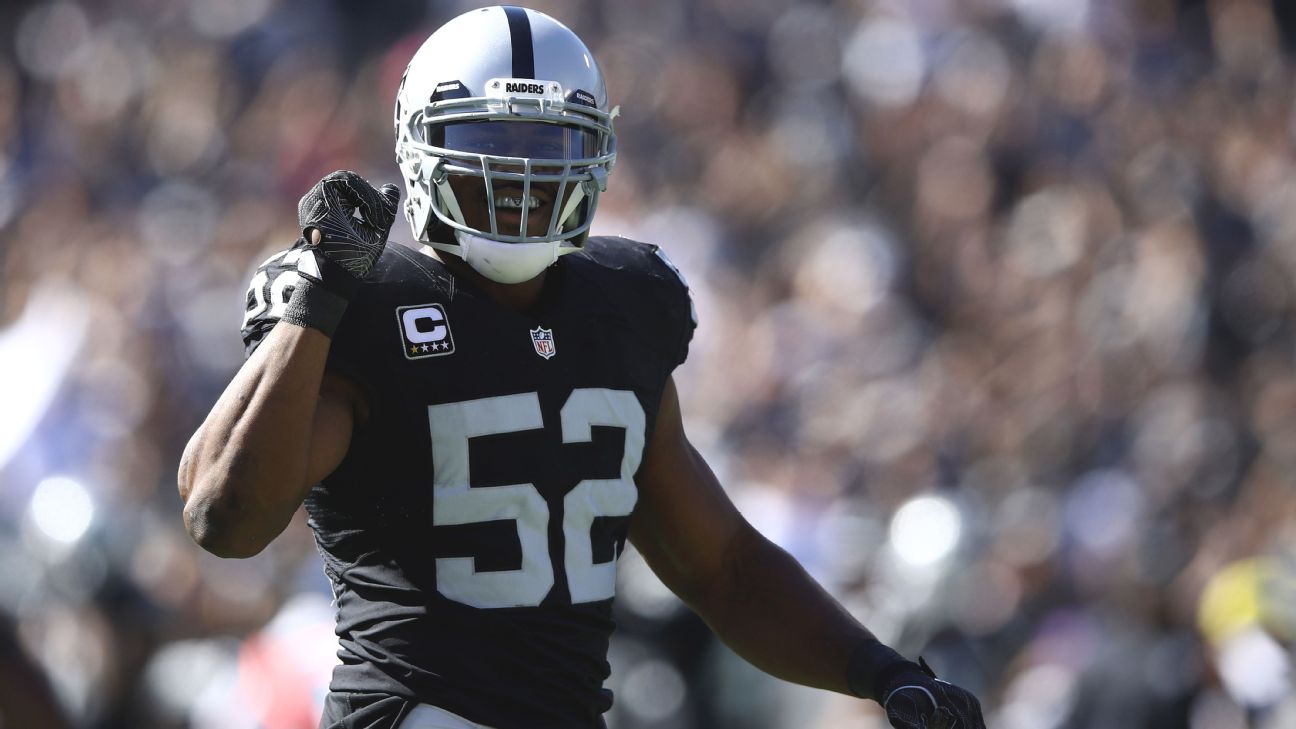 Chicago Bears coach Matt Nagy said Sunday that he will be "smart" but aggressive in getting Khalil Mack up to speed in time to play next Sunday night at the Green Bay Packers.

Nagy said Mack will practice Monday and the Bears are "going to do everything we can to get him to a point to where he can play." Asked to clarify the likelihood of Mack playing in Week 1, Nagy answered, "Hopefully pretty good."

"We'll get to see where he's at mentally here after tonight, and then physically we'll have a practice tomorrow and physically get an idea, and then we'll just kind of have to listen to his feedback where he's at," Nagy said. "We told him, communication is imperative here. It's not like being able to plug somebody in on a Madden game and just say, 'Go sack the quarterback.' There's some planning that goes [into it].

"We'll see where he's at, and hopefully he's able to go out there and play well, but it will be more of a day-by-day thing than anything."

Mack held out of training camp with the Oakland Raiders before he was traded to the Bears on Saturday. Mack, who was training on his own during his holdout, was asked Sunday how ready he thinks he will be.

"I feel like I'm ready, but you know, the game, we've got to get out there and get to it, and my body will respond the way it's going to respond, and then coaches are going to kind of ease me into it, and so we're going to figure it out," he said.

Bears general manager Ryan Pace said getting the second-round pick in 2020 from the Raiders was a "critical piece" of the trade for the Bears.

"In that draft, we're going to have two 2s, and I think we've proven that in the second round, we can get high-caliber players," he said. "So that was important because you're talking about draft capital and also financial resources you're giving up, but fortunately we're in a really good space with our salary cap, and so our roster can handle this right now."

Mack agreed to a record-setting, six-year, $141 million extension, a source told ESPN's Adam Schefter. Mack is now the highest-paid defensive player in NFL history. The deal, which averages $23.5 million per season, includes $90 million in guaranteed money and $60 million at signing, the source said.

Mack said he "absolutely" feels pressure with the status of being the NFL's highest-paid defensive player.