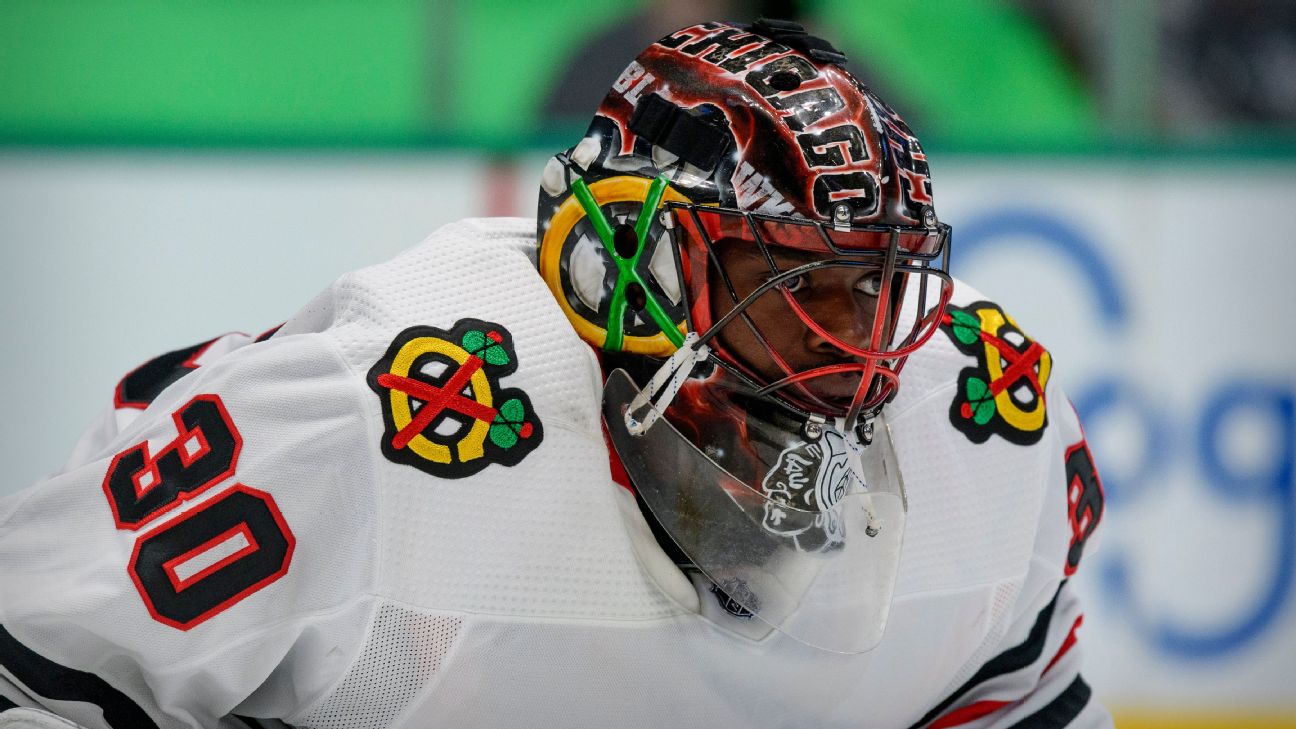 BUFFALO, N.Y. -- The Sabres addressed their suddenly thin depth in goal by acquiring Malcolm Subban in a trade with the Blackhawks on Thursday.

The move became necessary when goaltender Dustin Tokarski was placed in the NHL's COVID-19 protocol. Ukko-Pekka Luukkonen was recalled from AHL Rochester to join the Sabres for their game at Florida later in the day.


The Blackhawks acquired future considerations for Subban, who had a 2-2-1 record and 3.38 goals-against average in five games this season with Rockford, Chicago's AHL affiliate.

The struggling Sabres were already without starter Craig Anderson, who has missed 12 games with an upper-body injury. Tokarski is 3-4-2 since Anderson got hurt, while Aaron Dell is 0-4 and has allowed 15 goals in five appearances since being called up from the minors.


Subban is the younger brother of New Jersey Devils defenseman PK Subban. He was selected by the Boston Bruins in the first round of the 2012 draft and is joining his fourth team after being traded to Chicago by Vegas in February 2020.