Can Cole Hamels be the stopper the Cubs need in their rotation? 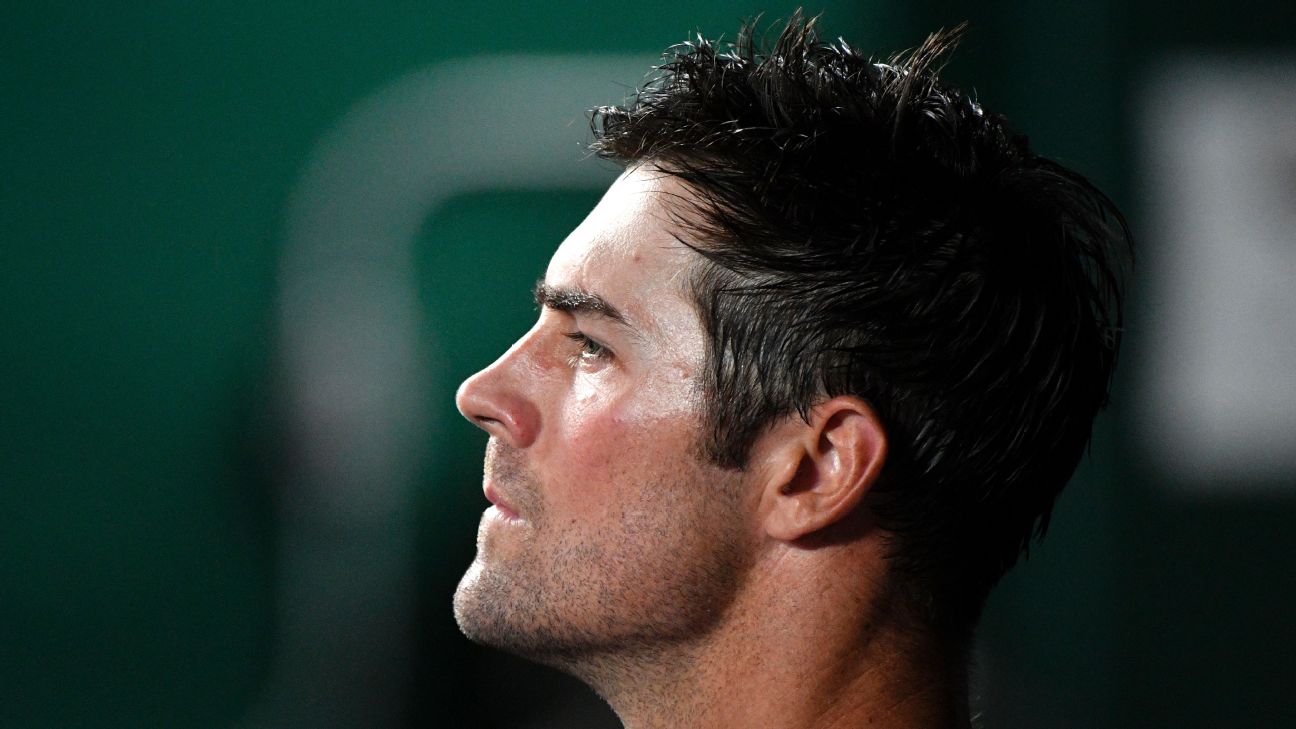 CHICAGO -- In no less of a marquee matchup than it would have been a few years ago, Chicago Cubs lefty Cole Hamels will take the mound for his home debut against three-time Cy Young winner Max Scherzer and the Washington Nationals on Sunday night. Scherzer is as elite a performer as ever, but it has been the 34-year-old Hamels' return to top form that has Cubs' players and fans buzzing.

Hamels is 2-0 and sporting a nifty 0.82 ERA for his new team after beating the Pittsburgh Pirates and Kansas City Royals in his first two starts for the Cubs. He was no sure thing to regain his mojo after coming over in a July trade from Texas, where he had compiled a 4.72 ERA, including plenty of struggles in the month before the deal.

But now? Cubs manager Joe Maddon sees the same Hamels who helped thePhiladelphia Philliesbeat him in the 2008 World Series and the same one who no-hit Maddon and the Cubs in 2015.

"He may have thrown a little harder back then," Maddon said. "But he's still throwing hard. It's not like he's lost his fastball. He hasn't.

Maddon called Hamels' changeup "devastating," and it certainly was in his first start when he used it to strike out six Pirates, the most with that pitch since his no-hitter against the Cubs. But it was his second outing that really opened eyes, because Hamels didn't have his best stuff -- including that changeup -- yet he gave up only one run over six innings.

"You have a little more to play for now," former and current Hamels teammate Jesse Chavez said of suiting up for a winning team. "Things can get a little bit sharper, a little bit crisper. You focus a little more. It's Cole Hamels. He's done it all."

And he's doing it again, for a team that desperately needs some consistency in its rotation. And some longer outings. Hamels isn't pleased he has been unable to get to the seventh inning in his first two starts as a Cub. Older pitchers like himself and fellow lefty Jon Lester are obsessed with lasting into and past the seventh inning.

"That's my job," Hamels said the day after his most recent start.

Perhaps Sunday will be the game for him. After all, his career ERA at Wrigley Field is 1.76, which includes nine innings of no-hit ball on July 25, 2015. That game has come up several times since Hamels was acquired.

"We've been talking about that quite a bit," injured third baseman Kris Bryant said. "He was on that day. And he remembers every pitch he made that day, as well. Like a backdoor cutter to me, he struck me out. He remembers a forceout by [Anthony] Rizzo. But I guess when you throw a no-hitter, especially here, you're probably going to remember every out you get."

It's true. Hamels does remember it all, including two great catches by Odubel Herrera late in the game to preserve the no-no. The second came on a ball Bryant hit with two out in the ninth as Herrera went to the wall in center and came back to grab the ball as it neared the ground.

"Herrera made that stupid, ridiculous catch," Bryant said, shaking his head. "I've played it three times since he joined the team. I still can't believe he caught that ball.

"Sunday will be fun. Too bad I can't be out there, but it's been fun watching Cole. He fits perfectly in this clubhouse and looks like he did that day [in 2015]. He's such an amazing guy."

The Cubs need him to be amazing, because their most reliable arm, Lester, has had a terrible second half so far. He got hit hard in a 9-4 loss Saturday. Now they need their new stopper to help them win a series against a team desperate for victories.

"He's been in the World Series before, so I don't think anything is going to change just because it's Sunday night against Scherzer," Chavez said. "I love this matchup even if I wasn't at the ballpark."

Will the old Hamels show up? He already has. And Maddon has had a front-row seat for his best performances: winning World Series MVP in 2008 against Maddon's Rays and then no-hitting his Cubs in 2015. Add two more really good starts to Hamels' résumé -- this time to help Maddon. Will he make it a third on Sunday?

"He's in great shape, competes and has a great way about him," Maddon said. "If there is a difference [from his old self], it's minor."