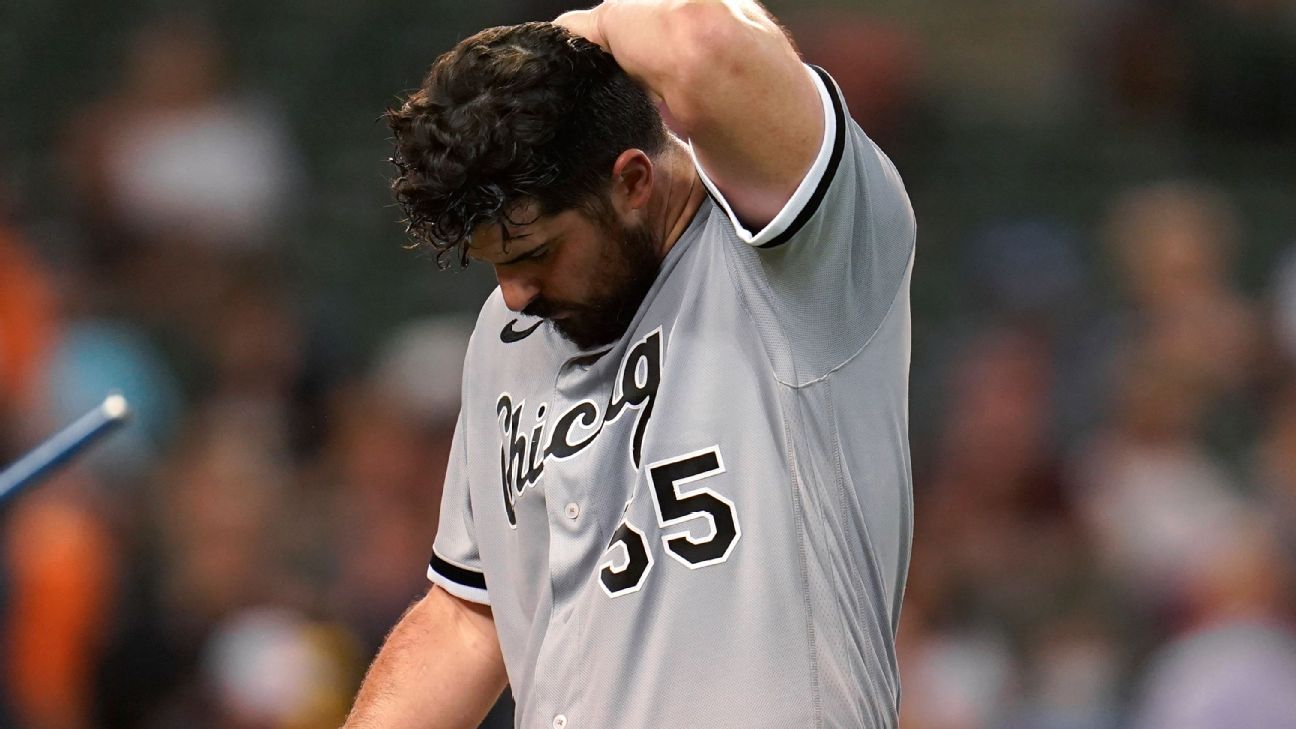 DETROIT -- The Chicago White Sox are hopeful lefty Carlos Rodon will be ready for the postseason despite experiencing soreness in his pitching arm during and after Monday's outing against the Detroit Tigers.

Rodon, 28, threw only 69 pitches in three innings before leaving the game, which the White Sox lost 4-3.


"He was sore this morning," manager Tony La Russa said Tuesday. "Hopefully its normal soreness. We'll do a bunch of stuff to get him ready and keep our fingers crossed that Wednesday he's good to go."

Rodon has been dealing with arm fatigue throughout the later stages of the season. The White Sox have given him extra rest, including a stint on the injured list, but nothing has worked so far. Multiple MRIs have come back clean so the team continues to work under the assumption the extra workload this season is the cause.

La Russa was asked if Rodon would be ready for the playoffs. The first-place White Sox are on the verge of clinching their first division title since 2008.

"I think that's why he needs to go on the mound, to evaluate that," La Russa responded. "We're assuming he can make one of those [playoff] starts. Yesterday was not a good day so he has another shot next Wednesday. Hopefully it's a better result so we can be more optimistic."

Rodon held a short news conference after his outing Monday and was much more disappointed he gave up three runs, after the White Sox took a 3-0 lead, than he was about his arm fatigue.

Rodon kept his feelings close to the vest, but La Russa expressed concern both after Monday's game and again on Tuesday.

"We're definitely concerned," he said. "On normal rest he would pitch on four days rest but he's not doing that. He's getting twice that much. It's kind of the pattern we've established all year long to give him extra rest. That's why yesterday was a disappointment."

Twice this month Rodon has been given 10 days between starts. He'll get nine more before his final outing of the season -- if he can make it.