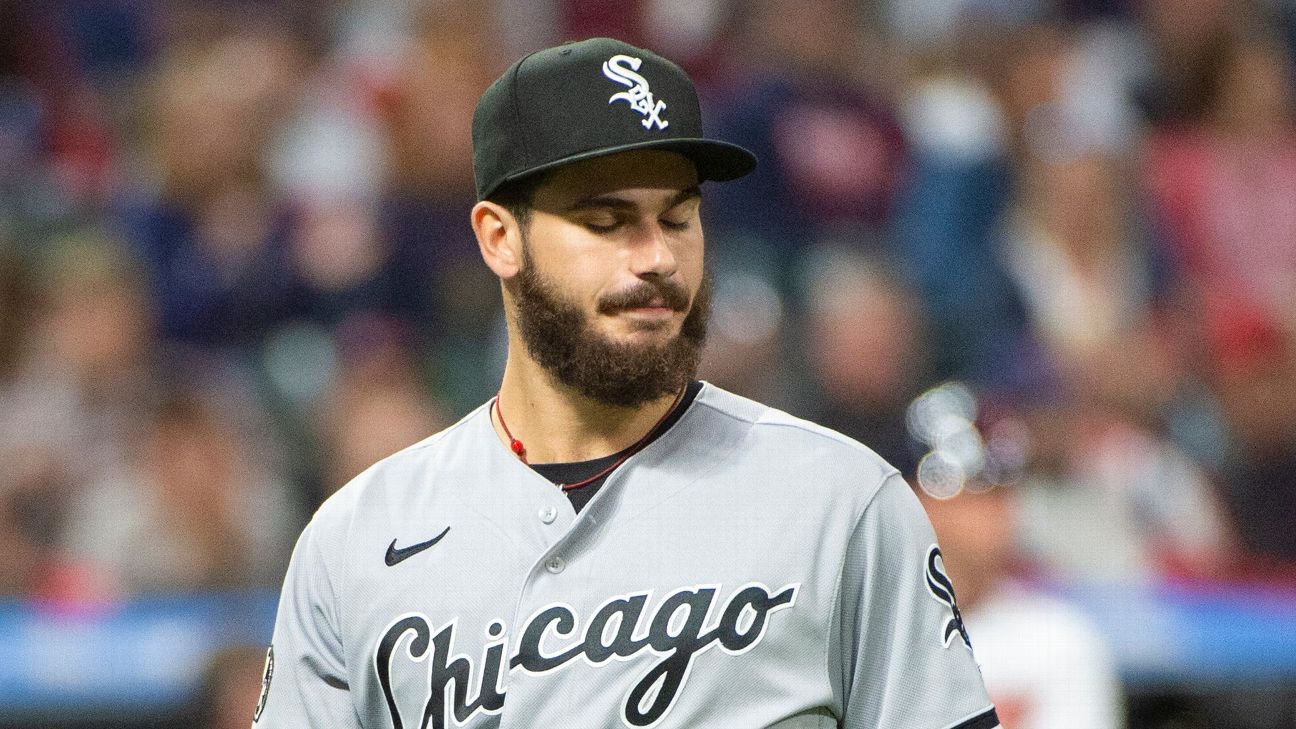 Chicago White Sox starter Dylan Cease left after being struck on the right arm by a comebacker in the sixth inning of a 1-0 victory over the Cleveland Indians on Friday night.

The playoff-bound White Sox said Cease has a right triceps contusion and that X-rays were negative. He was sporting a bruise on the upper back portion of his pitching arm following the game after being hit by a one-hopper from Bradley Zimmer.


"I wasn't able to get out of the way," Cease said. "It feels good now. I don't anticipate on missing any time. I know I want to make at least one more start before the postseason. It could have been a lot worse."

Cease breezed into the sixth but was hit by Zimmer's hard grounder that rolled behind the mound with one out. He grabbed his arm and knelt behind the mound. Chicago manager Tony La Russa, pitching coach Ethan Katz, a team trainer and the White Sox infielders surrounded Cease, who got to his feet and walked on the infield grass.

Cease threw a couple of pitches from the mound to catcher Zack Collins but walked to the dugout after a discussion with La Russa.

"He felt good to throw, but I said, 'You can be upset with me if you want to, but it's not worth the risk,'" La Russa said.


Said Cease: "My arm was heavy. I tried to throw the warm-up pitches to see if maybe it would relax or one of those things that I could throw through, but it was apparent I wasn't going to be able to finish. It was the right decision."