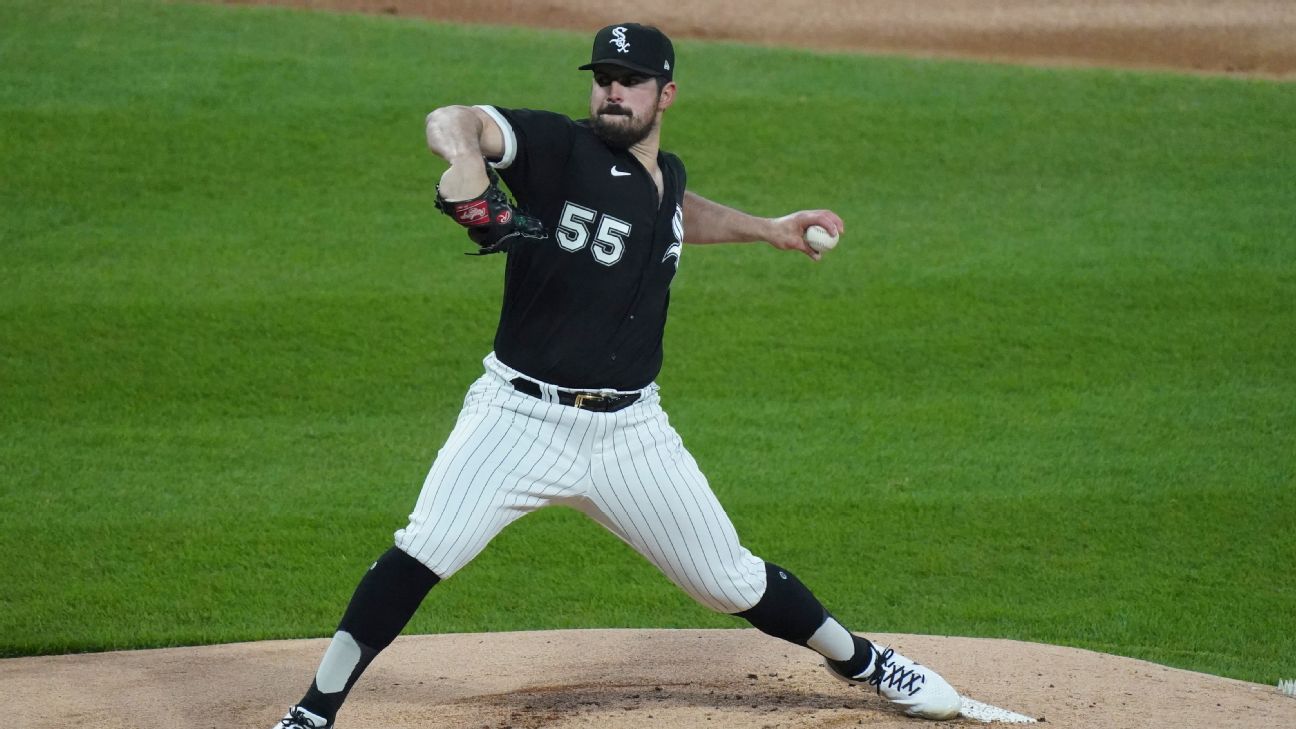 Chicago White Sox pitcher Carlos Rodon will take the ball on Wednesday against the Cincinnati Reds in what manager Tony La Russa called an "interesting" and "important" start, as Rodon attempts to shake off arm soreness before the postseason.

Rodon threw a bullpen session on Sunday in Cleveland in advance of his last start before the playoffs.


"He didn't really let it go to where [it was] anything game-like but he said he's good to try it on Wednesday," La Russa said Monday morning. "So we're good to see it."

Rodon has been hampered by arm fatigue in the second half, spending time on the injured list, then taking extra days between starts. He left his last outing, last Monday against the Detroit Tigers, after three innings and 69 pitches.

The White Sox say there isn't anything wrong with Rodon's arm structurally, but the 28-year-old has missed plenty of time in his career because of injuries. The team believes the innings jump from his last couple seasons to this one is responsible for the fatigue.


La Russa was asked how long Rodon might go on Wednesday.

"That will be the classic example of observational analytics," he answered. "Just going to watch him throw that first pitch in the first inning and see if it makes sense to send him out for the second. You hope for the best and prepare for the worst."

The White Sox clinched the American League Central Division last week but are still playing for home-field advantage in the first round. They trail the Houston Astros by 2 1/2 games after their 8-7 win on Monday against the Tigers.

Rodon's start on Wednesday will help determine where he fits in the White Sox's postseason plans -- if at all.