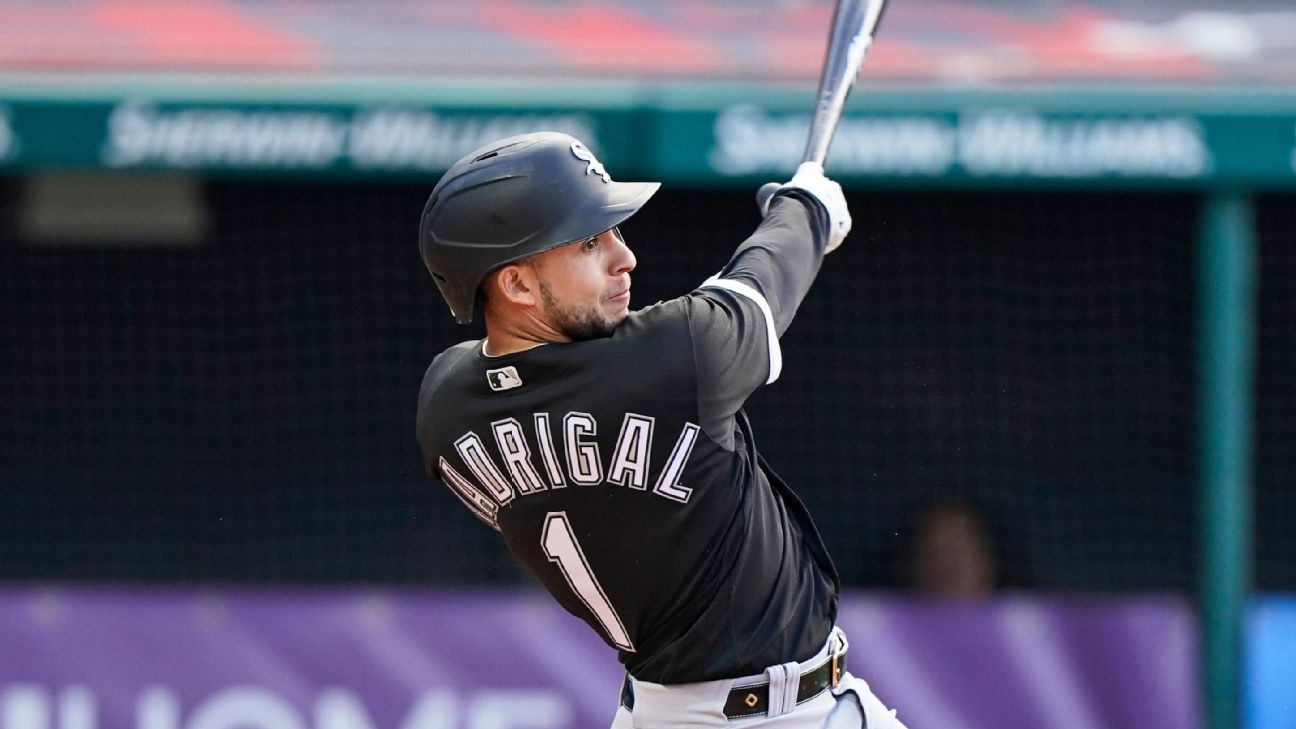 CHICAGO --Chicago White Soxsecond baseman Nick Madrigal could miss the rest of the season after tearing his right hamstring, putting another key player on the team's injured list.

Madrigal was helped off the field after he tried to beat out a grounder in the seventh inning of Wednesday night's 6-2 loss to Toronto. The No. 4 overall pick in the 2018 amateur draft had been rounding into form of late, batting .365 (27-for-74) with two homers and 10 RBIs in his past 20 games.


"It's a big blow, but the games still count and we have to go forward," manager Tony La Russa said.

The 24-year-old Madrigal has a proximal tear of his right hamstring, and White Sox general manager Rick Hahn said the team is exploring options for treatment. Rest and rehabilitation is one option, but Madrigal also could be headed for season-ending surgery.

"Regardless of which path we're on, he'll be inactive for a minimum of six weeks,'' Hahn said.

Madrigal was placed on the 60-day IL before Thursday's 5-2 victory over Toronto, and veteran outfielder Brian Goodwin was promoted from Triple-A Charlotte. Goodwin can play all three outfield spots, a big plus for the White Sox with utilityman Leury Garcia sharing second with Danny Mendick while Madrigal is out.

Despite dealing with a steady stream of injuries, the White Sox hold a 4.5-game lead over Cleveland in the American League Central.

Left fielder Eloy Jimenez ruptured his left pectoral tendon during spring training, and center fielder Luis Robert tore his right hip flexor last month. Right-hander Michael Kopech is on the IL with a strained left hamstring. Outfielder Adam Engel was activated Sunday after missing the start of the season with a strained his right hamstring.


"The only positive I can think of is that we've proven how we're going to handle it, which is play as hard as we can and as good as we can with the guys that we have,'' La Russa said.

The good news for the White Sox is Kopech is on his way back, and the team remains optimistic about Jimenez and Robert returning at some point this year.

Hahn said Kopech is going to start throwing bullpens "in the coming days'' and could be headed for a simulated game. Depending on how those go, he could go out on a rehab assignment or just go back on the active roster.