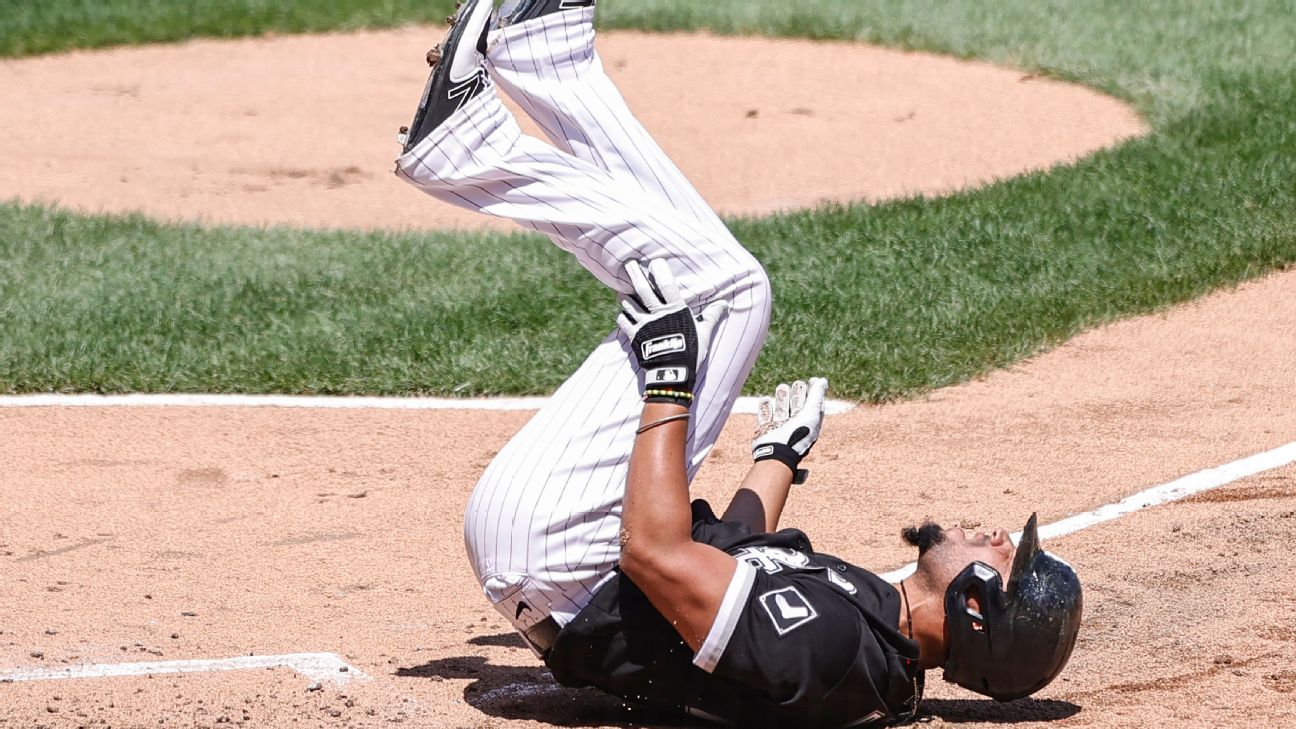 CHICAGO -- White Sox first baseman Jose Abreu left Sunday's 3-2 loss to the Seattle Mariners after getting hit by a pitch on the left knee, but X-rays were negative, according to the team.

The White Sox said he has a bruised knee and is day-to-day. Manager Tony La Russa said the team will know more in the next 24 hours.


Abreu, 34, was nailed by Mariners reliever JT Chargois in the bottom of the sixth inning by a 96 mph sinker. He lay on the ground for a while before being helped off the field.

"You definitely never want to see that happen, especially to pretty much the backbone of the team," pitcher Dallas Keuchel said. "We're all hoping it's nothing major, but we're already hampered as it is. We're all hoping for the best for Jose."


Abreu is the reigning American League MVP and a team leader on the first-place White Sox. He was hitting .239 with 12 home runs and 53 RBIs entering play Sunday.

The White Sox are already without three starting position players because of injuries. Second baseman Nick Madrigal is out for the rest of the season after undergoing surgery to repair tendon tears in his right hamstring earlier this month. Also, left fielder Eloy Jimenez ruptured his left pectoral tendon during spring training and center fielder Luis Robert tore his right hip flexor in May.