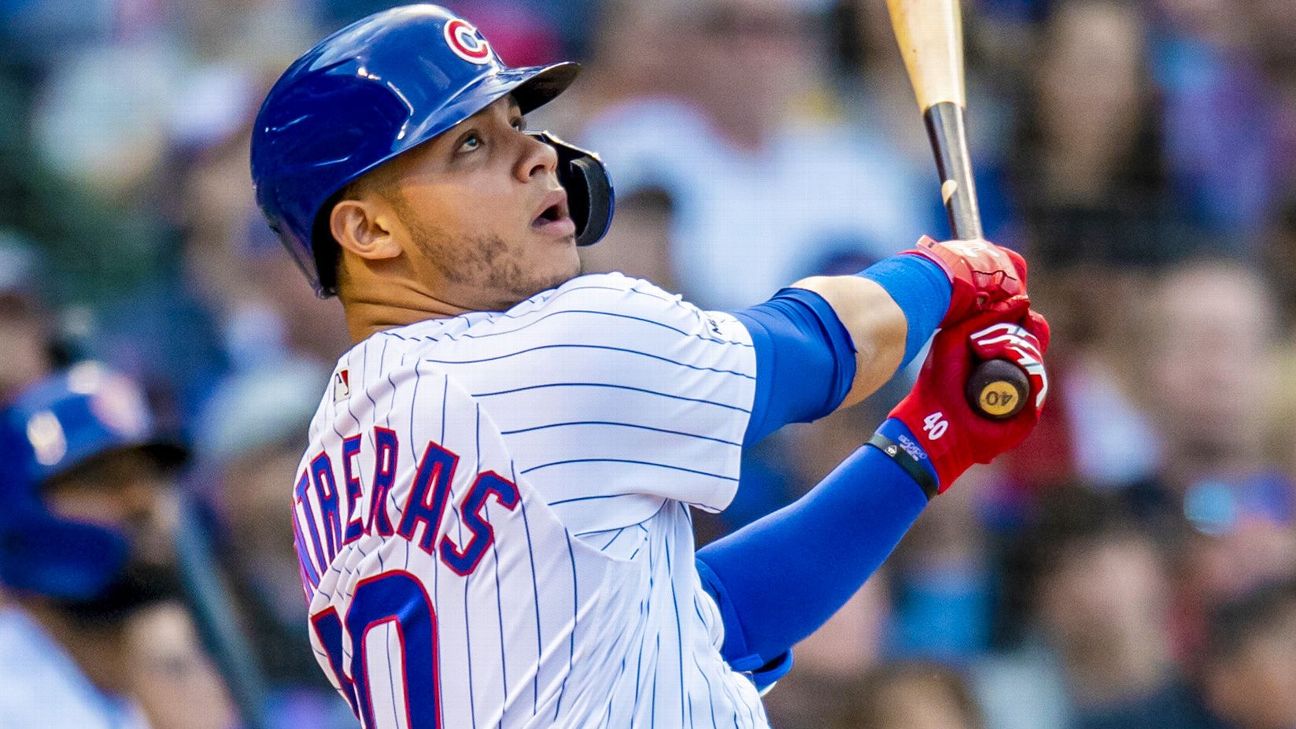 Meanwhile, reliever Brandon Kintzler is under evaluation after walking off the moundholding his upper right pectoral area following the eighth inning in Monday's 6-5 win over the Oakland Athletics. Manager Joe Maddon said the Cubs would know more on Tuesday about the status of their most consistent reliever this season.

Kintzler pitched two-thirds of an inning and was able to strand two runners, but he was clearly distressed when leaving the field.

Contreras had an MRI that showed a Grade 2 strain, which helped put a time frame on how long he'll be out.

"I feel bad because I want to be out there with my team," a dejected Contreras said Monday afternoon. It's the same injury the catcher suffered in 2017, when he missed about a month late in that season as well.

"This one is a little bit higher [on the leg]," Contreras said.

The injury could not have come at a worse time, as the Cubs traded veteran catcher Martin Maldonado on Wednesday. It leaves them with second-year player Victor Caratini and Triple-A call-up Taylor Davis as the only two experienced catchers in the organization. The decision to jettison a third catcher was a tough one, according to general manger Jed Hoyer.

"Candidly, a lot of it came down to player happiness," Hoyer said. "It's hard to keep three guys happy. ... We weren't entirely confident it wouldn't impact all three guys in a negative way."

The Cubs have been here before, having kept three catchers on the roster at times in both 2015 and 2016. Hoyer said it became an issue in '15 when Miguel Montero, David Ross and Welington Castillo had to share time.

With the inability to make major league trades in August for the first time this year, the Cubs will attempt other avenues to add depth.

"We'll try to be as creative as we can and scour all the available players," Hoyer said.

That means claiming a catcher off waivers, signing a free agent or making a minor league deal. Former Cubs player Rene Rivera qualifies in the latter category, as hehgas been with the New York Mets' Triple-A affiliate all season. Recently designated for assignment by the Los Angeles Angels, veteran Jonathan Lucroy also would be eligible. The Cubs are confident they'll bring someone in to bridge the gap until Contreras returns.

"Our depth is being tested," Hoyer said.

In the meantime,Kyle Schwarber will act as the Cubs' emergency third catcher. And the team will have to get by without Kimbrel for at least 10 days after he felt knee discomfort during his last outing, a scoreless ninth inning to close out Saturday's 4-1 win over the Milwaukee Brewers.

"It's just a smart decision to let it rest," Kimbrel said.

Since making his Cubs debut on June 27, Kimbrel has nine of the team's 10 saves -- despite sporting a career-worst 5.68 ERA. He indicated that if it was late September or early October, he probably would be pitching through the injury.

Maddon indicated he would take a closer-by-committee approach while Kimbrel heals, but in similar situations in the past, he has turned mostly to righty Steve Cishek to close games. Hoyer also said the Cubs haven't ruled out a return for oft-injured righty -- and former closer -- Brandon Morrow. He has been dealing with an elbow problem since the 2018 All-Star break.

"It would be [an] unbelievable shot in the arm if he can do it," Hoyer said of a September return for Morrow.