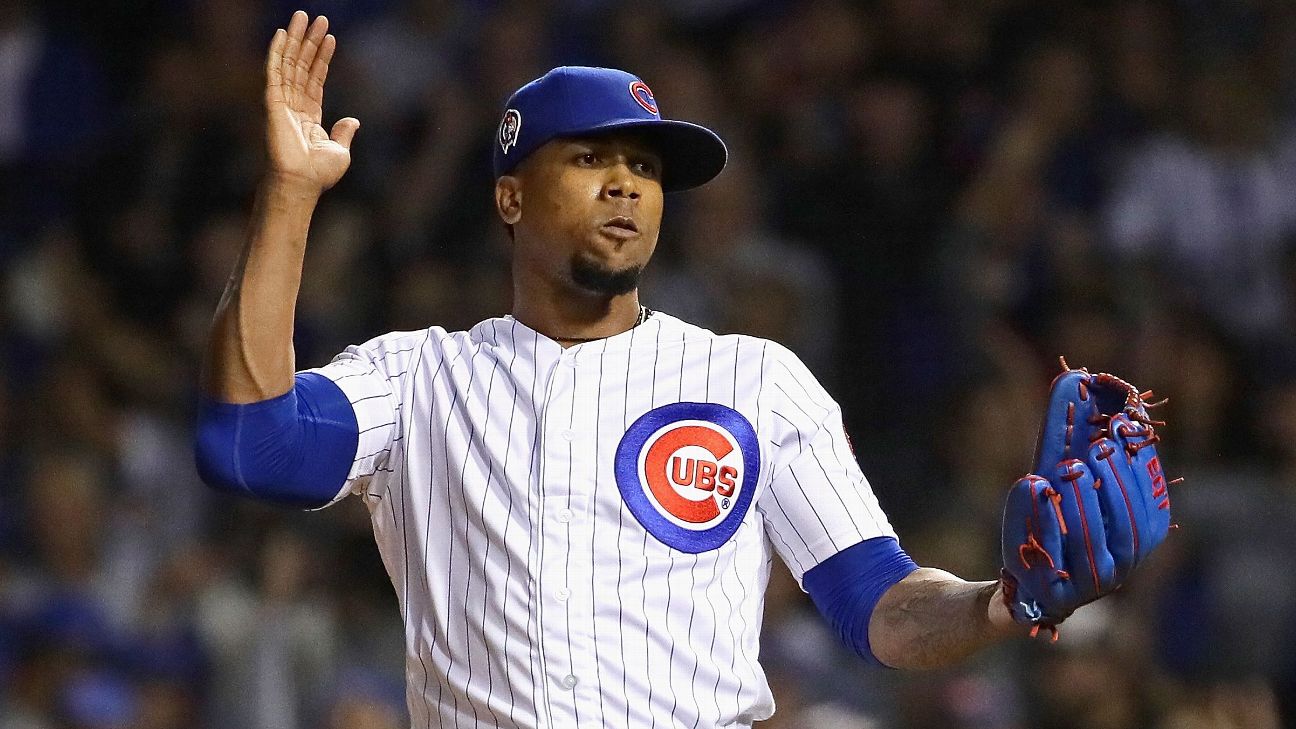 CHICAGO -- Late-inning reliever Pedro Strop was added to the Chicago Cubs'roster for Tuesday's wild-card game against the Colorado Rockies after missing time with a hamstring strain.

Left off the roster was right-handed reliever Carl Edwards, who has pain in his forearm, according to the team.

Strop, 33, has been out since Sept. 13, when he injured himself running out a ground ball to first base. He has been the Cubs' de facto closer since the All-Star break, when Brandon Morrow went down with an arm injury.

Initially, Strop was pointing toward the beginning of the division series on Thursday for his return, but it was pushed up after the Cubs lost the NL Central tiebreaker on Monday.

The Cubs have enacted Plan B in several places, including having starters Cole Hamels and Kyle Hendricks on their wild-card roster. After using six relievers in Monday's 3-1 loss to Milwaukee, Maddon indicated Hamels could be used out of the bullpen Tuesday behind starter Jon Lester. Hendricks is likely there for emergency purposes only. If the Cubs beat the Rockies, Hendricks will start Game 1 of the NLDS against the Brewers.

The Cubs kept 14 position players for the wild-card game, including speedster Terrance Gore.

A-Rod: Lester was 'made for' NL wild-card game
Alex Rodriguez explains that both the Cubs and the Rockies are overcoming fatigue and predicts that it'll be the Cubs advancing on Tuesday.
Report a correction or typo
Related topics:
sportsespnpedro stropmlbwild cardchicago cubs
Copyright © 2020 ESPN Internet Ventures. All rights reserved.
More Videos
From CNN Newsource affiliates
TOP STORIES