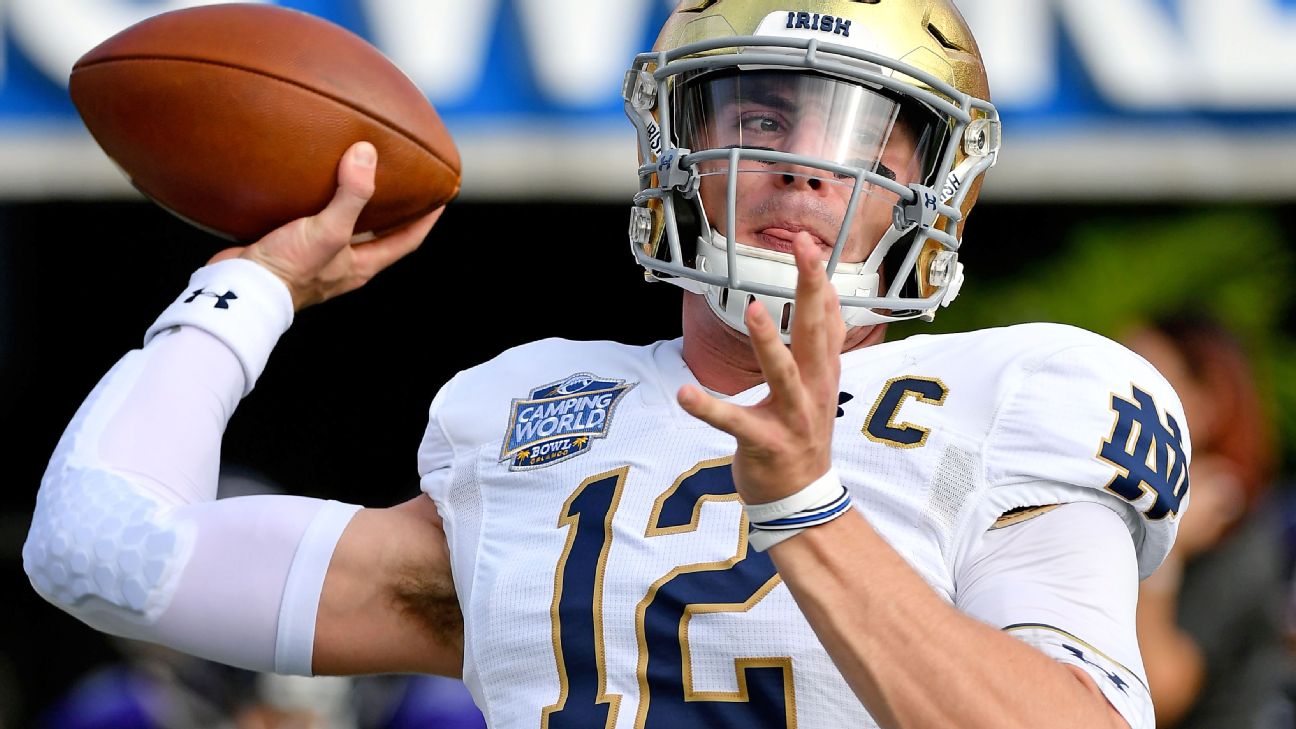 SOUTH BEND, Ind. -- One Notre Dame offensive standout is planning to return to school. It remains to be seen if another will join him.

Quarterback Ian Book posted on his Instagram and Twitter accounts that he plans to be back for the 2020 season.

Book posted a signed picture taken from Notre Dame's win over Boston College with captions, "See you in 2020" and "Go Irish." It also listed his location as Dublin, Ireland, the site of Notre Dame's season-opening game against Navy on Aug. 29 and included a hash tag "(hash)BeatNavy."

Book, who passed for 247 yards and a touchdown in a Camping World Bowl win over Iowa State on Saturday, has a redshirt season remaining after sitting out his 2016 freshman year.

So does running back Tony Jones Jr., who rushed for 135 yards against Iowa State on 11 carries, including an 84-yard touchdown run in the third quarter.

Notre Dame initially posted a story late Saturday on its athletic website that hinted Jones was foregoing his fifth season at Notre Dame. But athletic spokeswoman Clare Kramer, the story's author, said Monday that Jones has not made a decision. "Tony Jones Jr. does have one year of eligibility remaining," Kramer said.

Jones finished the season as Notre Dame's leading rusher with 857 yards on 144 carries (6.0 average) and six touchdowns in 12 games, missing one game with a sore hip. He went over 100 yards five times, with a career-best 176 on 25 carries against Southern California Oct. 12.