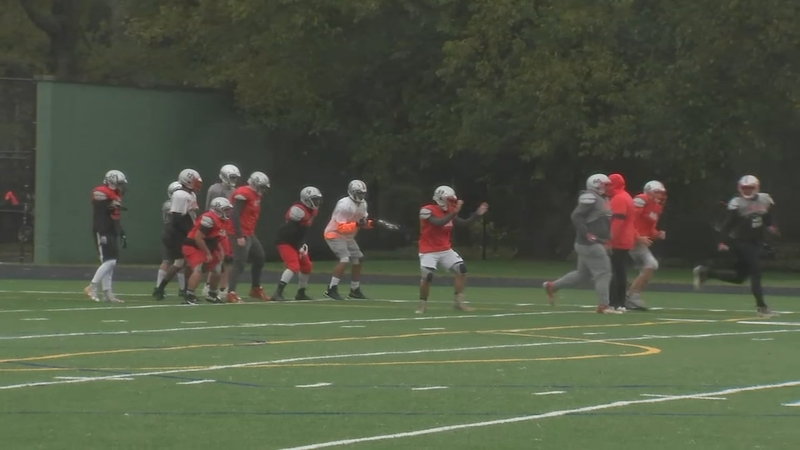 The announcement come as several high school football teams are at risk of being locked out of state playoffs on Saturday if the strike hasn't been settled by then.

A deal must be in place by Wednesday night for teams to participate in the state playoffs. Teams must practice three days before playoffs begin Saturday.

"Football is not a lifetime sport, but it's a once in a lifetime opportunity to play this game at the high school level, there's something special about it," said Amundsen High School Football Coach Nick Olson.

The team is enjoying the best football season in the school's history. They'll be able to host their first playoff game on Saturday, if the strike is settled by then.

It's not just football players who've missed out, cross country runners have missed out on their state meet because the qualifying meet was last weekend.

Nike and Dick Pond Athletics are sponsoring a substitute meet for city schools along the Chicago Lakefront on November 7.

"Of course it doesn't replace state, but it'll be a cool experience," said Ian Bacon, who attends Jones College Prep.

The race will also be open to elementary school athletes, with races for students in fifth through eighth grade.

"This is their state meet, that's why we're calling it the City State Meet, no qualms, it's the state meet of the city kids," said Christ Wilhite, with Dick Pond Athletics.

Per the IHSA strike policy, Chicago Public Schools football teams may not compete in their IHSA Football Playoff games scheduled for Saturday, November 2, unless the strike is settled. An exact timeline for determining the forfeit deadline will be announced later this week.

IHSA released a statement regarding CPS competition in the IHSA State Series during the strike:

"Earlier today, Chicago Public Schools informed the IHSA that it will allow its high school football teams to practice during the strike. This is allowable under the IHSA Strike Policy, as long as all of the following guidelines are met: