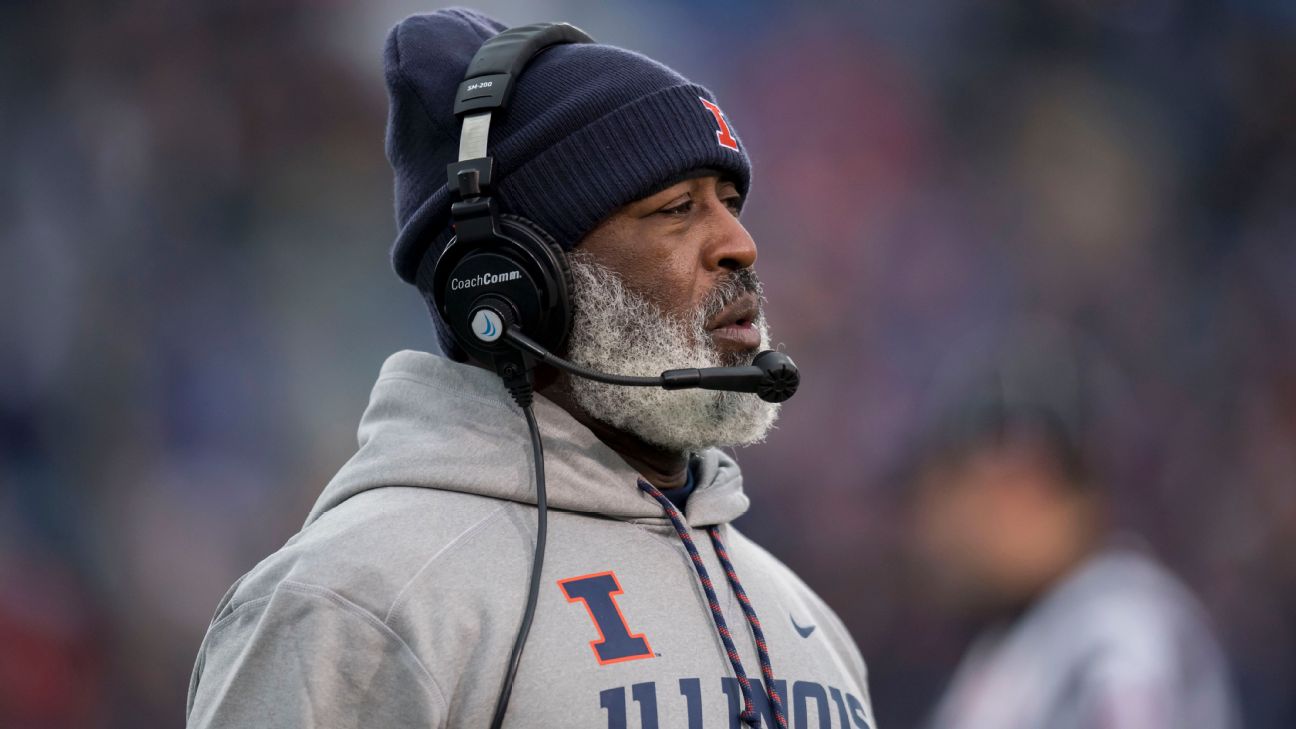 The new deal, the details of which are still being finalized, extend Smith's agreement with the Fighting Illini through 2023. The former NFL head coach has a 9-27 record through three seasons in Champaign and just completed a second straight last-place finish in the Big Ten's West Division.

"We recognize that our work is far from finished, with improvement needed in every phase of our program's development, but our plan is sound and our resolve is stronger than ever," Whitman said in a release Sunday. "As I have said on many occasions, stability and continuity are key to building a foundation that will yield long-term success."

Whitman hired Smith in the spring of 2016, signing him to a six-year contract worth $21 million. Smith's current salary ranks among the top 15 highest-paid coaches in college football, according to a database compiled by USA Today Sports.

Smith said in a statement Sunday that he and his family have enjoyed their first three years in Champaign-Urbana, and he thanked Whitman and the university's chancellor for their vote on confidence.

"Those of us around the program see the progress being made each and every day and we expect to be competing for championships very soon," Smith said. "Our incredible fans and everyone on our campus deserve nothing less."