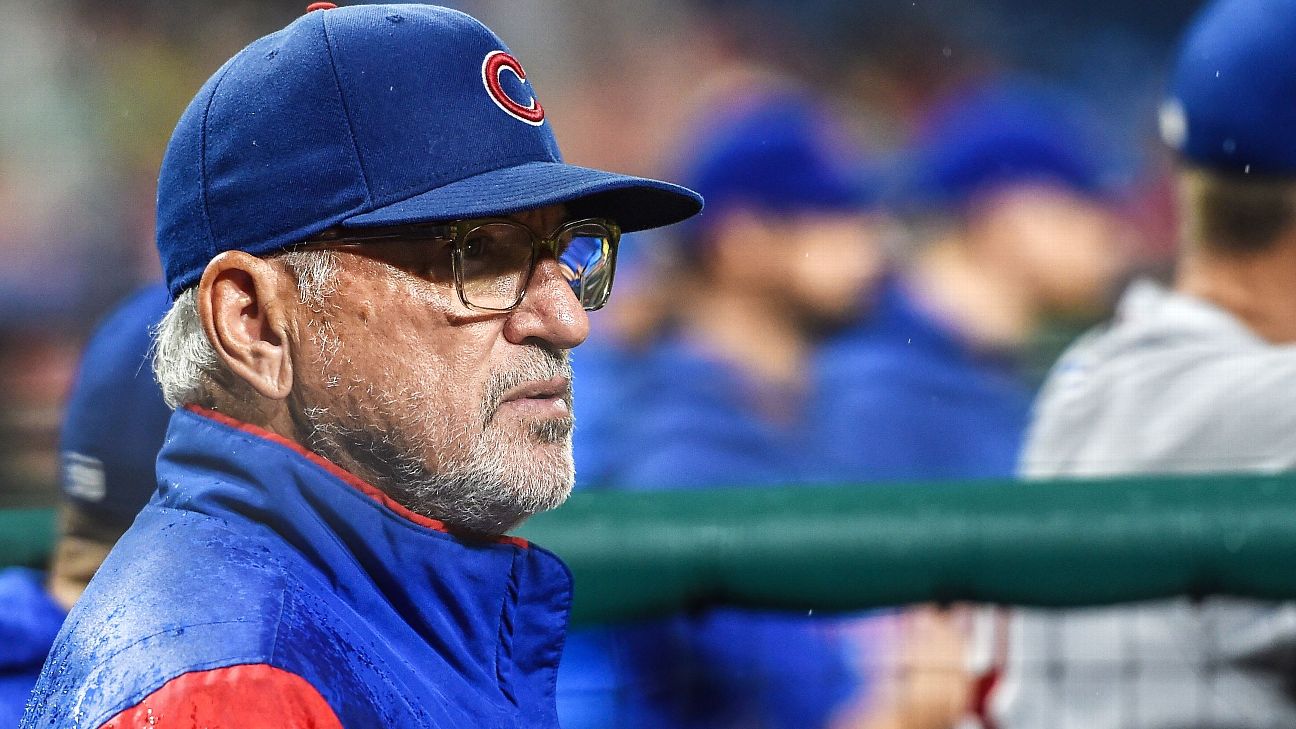 MILWAUKEE -- For contending teams, September often can be about finding out who you can trust in big moments -- and who you can't. Chicago Cubs manager Joe Maddon might be able to use Tuesday's ugly 11-1 blowout loss to the Milwaukee Brewers for the latter category as his circle of trust could be shrinking right now.

Let's start on the mound, where he's still searching for plus and minus relievers -- those guys who can keep a game close when the Cubs are trailing, and of course those who can hold a lead as well.

Starter Mike Montgomery didn't have it, allowing the leadoff man to reach base in each of his four innings of work. But he's less of a concern than those bullpen arms that came after him considering Montgomery isn't slated to be a playoff starter. When he got pinch-hit for in the top of the fifth inning, the Brewers were leading only 2-1. Reliever Brandon Kintzler gave up a lead-off double in the bottom of the inning, which led to a run, as he continues to confound observers -- while Maddon keeps using him.

"Kintzler has the capabilities of being very important to us based on his past... but we have to get more there," Maddon said after the game.

Kintzler has an 8.49 ERA as a Cub since being acquired midseason. He's certainly not a plus-reliever with that performance, and it's hard to see him pitching even with small scoreboard deficits right now, but Maddon may not have many other choices when the Cubs are trailing. What came after Kintzler was much worse on Tuesday, including onetime minor league phenom Dillon Maples, who had no control, along with James Norwood who gave up runs as well. Cross them off the circle of trust, at least at the moment.

Veteran lefty Jorge De La Rosa did pitch better than his stat line -- he gave up two earned runs -- while fellow southpaw Brian Duensing got the Cubs out of a mess in the sixth inning before partially blowing up in the seventh. As playoff relievers though? The trust isn't there yet with any of them, which brings us back to Kintzler.

"Kintzler is the guy that would be very nice to get him back on his feet," Maddon said.

Remember, this game came a day after Maddon's 'A' relievers blew one to the Brewers whenCarl Edwards Jr and Steve Cishek lost their command as well. They're in the circle of trust by default and also based on their body of work.

Around the diamond, there's one player whose playoff life has to be at stake this month: shortstop Addison Russell. He's back after a myriad of injuries, including a sore throwing shoulder. On Tuesday, he looked rusty, to say the least, leading to run-scoring opportunities for Milwaukee.

"It's just getting back to game speed," Russell said of his progress.

In fairness, there was no minor league rehab assignment for him, so the Cubs are getting him back to game speed in the majors in the middle of a pennant race. It's not ideal and the fact of the matter is he hasn't had a great season by any metric, other than playing some good defense when healthy. He claims he is now, but is he?

"I don't know it's 100 percent," Maddon said. "I stretched him [played him nine innings] a little bit today."

Is a healthy Russell in that circle of trust? Not with Javier Baez available to play shortstop and second baseman Daniel Murphy now on the team. The Cubs are 10-2 with Murphy in the starting lineup and 0-2 without him. Now that's a guy you trust in October despite some defensive shortcomings.

Meanwhile, as Maddon figures out who he can trust, Milwaukee has picked up two games in two days. Now just three games behind the Cubs, a series sweep would certainly give them a boost. Wednesday might be a time to play the trustworthy guys, though any talk of a 'must-win' game now is just silly. The Cubs are in command of the division and nothing that happens Wednesday will change that. They'll either be up two games or four -- either way they'll still lead.

"We got our butts kicked," outfielder Albert Almora Jr. said of Tuesday's game. "You guys can panic. We won't do that."

Braun scores on wild pitch
With the bases loaded, Mike Montgomery's pitch gets away from Willson Contreras, allowing Ryan Braun to score.