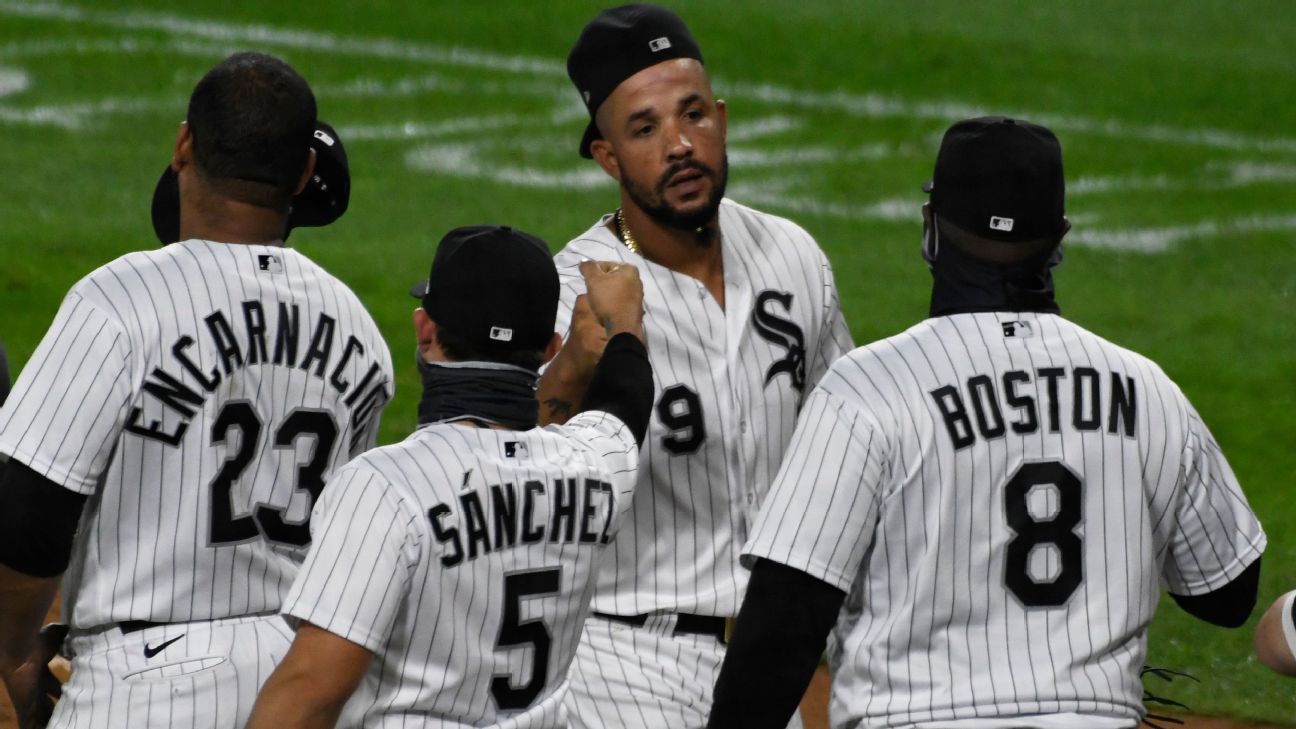 CHICAGO -- Jose Abreu hit a pair of three-run home runs and matched a career high with seven RBIs, and the Chicago White Sox beat Detroit 14-0 on Saturday night for their eighth straight win against the Tigers.

Abreu went 4-for-4 a day after his career-best 22-game hitting streak ended. It was the longest streak in the majors this season. Tim Anderson also had four hits, and Eloy Jimenez added three for the AL Central-leading White Sox, who have won seven of eight.


The White Sox, who finished with 19 hits to Detroit's five, are 8-1 against the Tigers this season.

Abreu has 17 multihomer games in his career. His last was Aug. 22 against the Cubs, when he hit three.

Abreu hit his first three-run shot off Daniel Norris in the fourth and another against Rony Garcia in the fifth. In his previous 13 games, Abreu homered just once.


Abreu also singled to drive in a run in the first to help build a 3-0 White Sox lead.