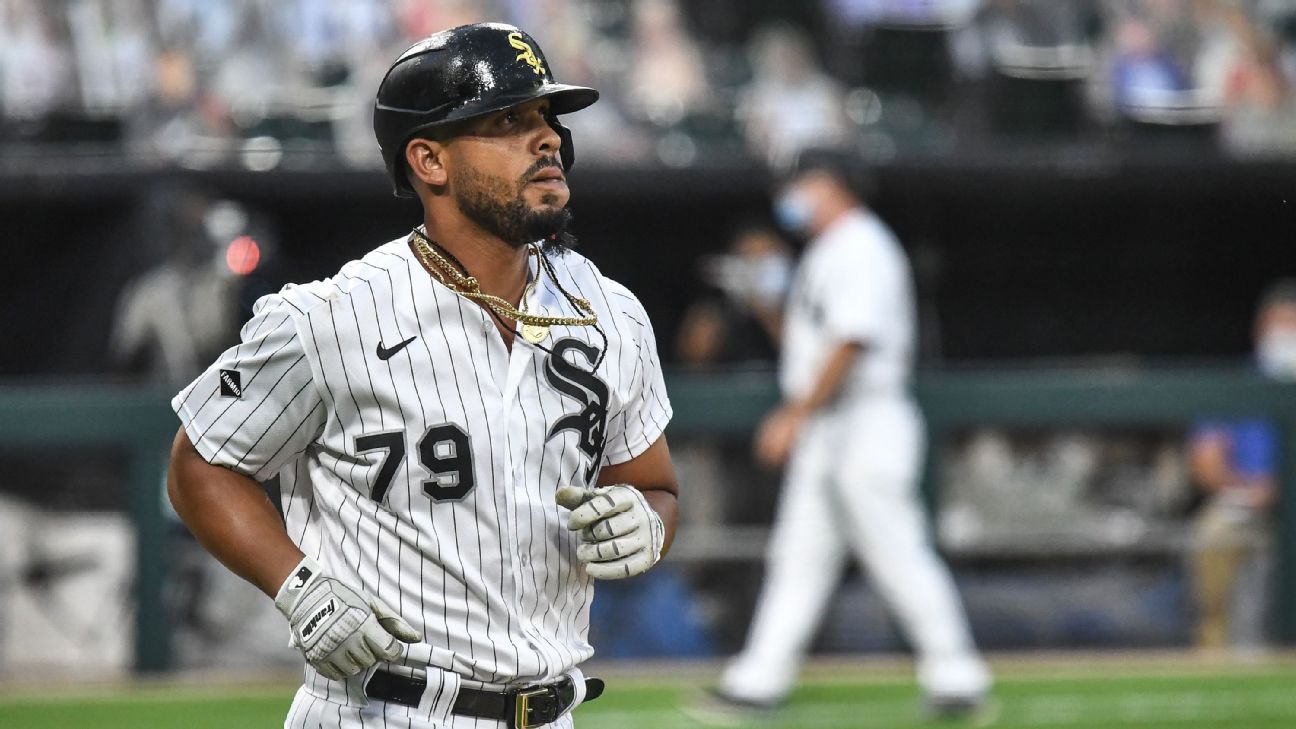 CHICAGO -- Reigning AL MVP Jose Abreu was in the Chicago White Sox's starting lineup for Tuesday night's game against the Minnesota Twins after the first baseman suffered a bruised left knee after being hit by a pitch on Sunday.

Manager Tony La Russa said Abreu ran without a limp earlier in the day. The White Sox said on Sunday that X-rays on Abreu's left knee were negative.


But third baseman Yoan Moncada was sidelined by a "barking" right shoulder, according to La Russa.

"I know he got some treatment and it's still not right, so just not going to push it," La Russa said.

The White Sox also announced center fielder Luis Robert has been cleared to increase his level of baseball activities at the team's complex in Arizona. Robert tore his right hip flexor on May 2.

The move means Robert could be cleared for a minor league rehab assignment in approximately four weeks. There is no timetable for his return to the majors.

In other moves Tuesday, the White Sox placed Jake Lamb on the 10-day injured list on Tuesday and reinstated fellow outfielder Billy Hamilton from the IL. First-baseman Gavin Sheets was also recalled by the AL Central leaders from Triple-A Charlotte while outfielder Luis Gonzalez was optioned to their top farm club.

The 25-year-old Sheets, a second-round pick in the 2017 amateur draft, also was in the lineup for the series opener against the Twins, playing right field and batting seventh in his big league debut. He was with the White Sox for a couple of days earlier this month, but did not get into a game.


"He has been doing the job in Charlotte," La Russa said. "Yeah, we could use some explosion out there when he comes to bat, so looking forward to it."

Sheets was a first baseman growing up, but he started working in the corner outfield spots to help improve his chances of making it to the majors.

"A lot of hard work went in behind this, and it's exciting to see it pay off," Sheets said. "But more importantly, coming to help this team out. I mean we're still (in) first place and playing a rival, so it's fun for that to be the first start."

The 6-foot-5 Sheets batted .292 with seven homers and 33 RBIs in 41 games with Charlotte. Sheets' father, Larry, played for Baltimore, Detroit and Seattle during eight years in the majors.

Asked about any advice he had received from his father, Gavin Sheets said he told him to "continue to play the game you love."

"The biggest thing he told me was have fun with it," Gavin Sheets continued. "As long as you're having fun and doing what you love, the rest will take care of itself."


The 30-year-old Lamb has a strained right quadriceps. He is batting .224 with five homers and 10 RBIs in 31 games in his first season with Chicago.

"When they did the MRI, it was in there where you could see it was more than just hang with it for two or three days. It's going to be at least a 10-day," La Russa said. "But I don't think it's all that serious where it won't heal sooner rather than later."

Hamilton was placed on the IL on June 6 with a strained right oblique. He is batting .217 with two homers, 10 RBIs and five steals in 36 games for the AL Central leaders.

Hamilton, 30, has been a switch-hitter, but he will be a right-handed batter for now because he said he still feels the injury on some swings from the left side.

Gonzalez, 25, went 2 for 8 in six games with the White Sox after he was recalled from Charlotte last week. He got his first big league hit when he doubled during Wednesday's 4-3 win at Pittsburgh.