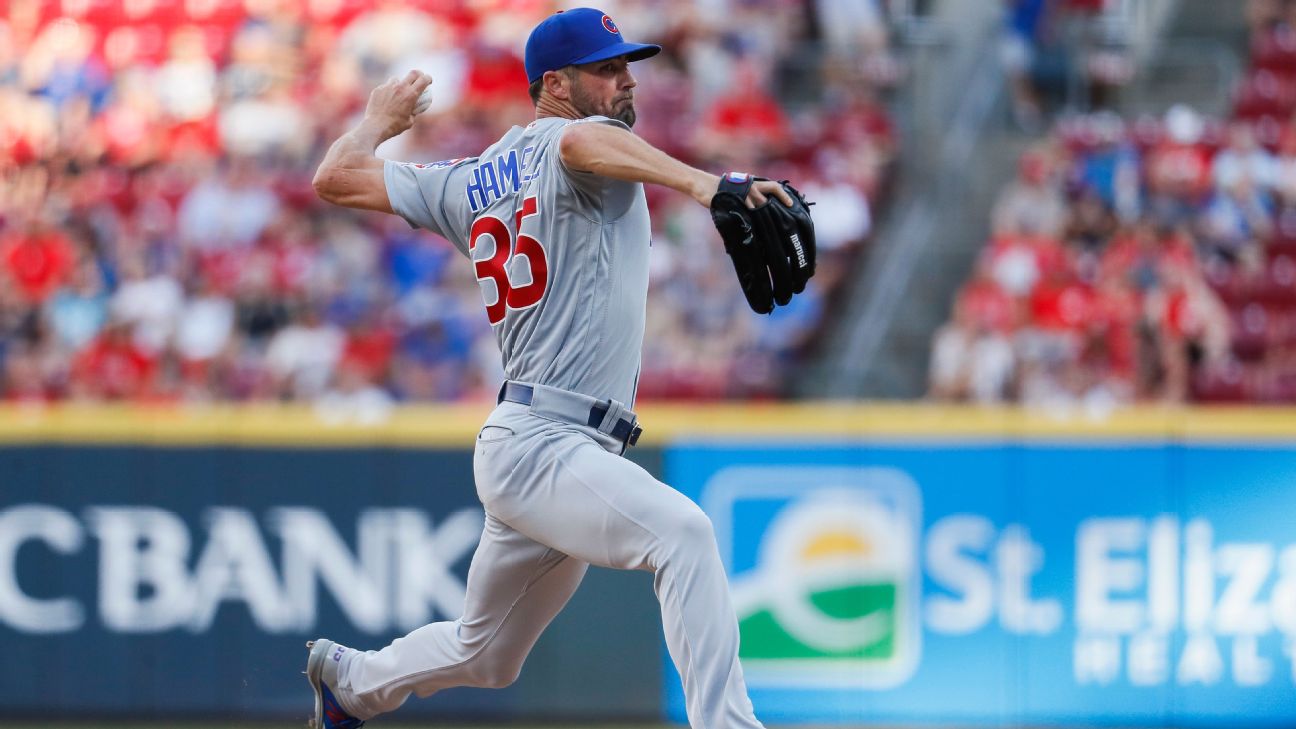 PITTSBURGH -- Not long after losing 18-5 on the first day of the new month, the Chicago Cubs actually got some good news in the form of an MRI. It showed a left oblique strain for left-handed starter Cole Hamels, but the injury is not considered serious.

"It's not awful," manager Joe Maddon said Tuesday afternoon. "We were encouraged by the results."

Hamels left his most recent start, Friday at Cincinnati, after throwing one warm-up pitch before the beginning of the second inning. He was in the midst of an incredible month of June, as he came into that game with a 1.00 ERA in five starts, having pitched at least seven innings in all of them.

"He's feeling a lot better, quicker than we would have anticipated," Maddon said. "The results were not overtly negative in any way."

The Cubs activated righty Kyle Hendricks from the injured list to take Hamels' spot in the rotation. He got the start Tuesday against the Pittsburgh Pirates. The Cubs also sent down rookie Adbert Alzolay on Tuesday after he gave up 10 hits in 2 innings in Monday's loss. Chicago recalled lefty Randy Rosario to take Alzolay's place on the roster.

The Cubs will reveal a timetable for Hamels after the All-Star break; they haven't decided if Alzolay will return to the rotation or if they might go back to Tyler Chatwood until Hamels returns.
Report a correction or typo
Related topics:
sportsespnmlbcole hamelschicago cubs
Copyright © 2020 ESPN Internet Ventures. All rights reserved.
More Videos
From CNN Newsource affiliates
TOP STORIES