The Week 12 NFL schedule for the 2021 season begins with three Thanksgiving Day matchups, and we've got you covered with what you need to know. Our NFL Nation reporters bring us the biggest keys to every game, a bold prediction for each matchup and, of course, final score picks.

Additionally, ESPN Stats & Information provides a big stat to know and a betting nugget for each contest, and our Football Power Index (FPI) goes inside the numbers with a matchup rating (on a scale of 1 to 100) and a game projection. ESPN researcher Kyle Soppe hands out helpful fantasy footballinsight as well. Everything you want to know is here in one spot to help you get ready for a loaded afternoon of NFL football.


Let's get into the full Thanksgiving Day slate, including an NFC North matchup between the Bears and Lions and an offensive duel between the Raiders and Cowboys. The football-packed holiday culminates with a battle between two teams currently on the playoff fringe, the Bills and Saints. Who will take another step closer to the postseason with a win on Thursday?

Jump to a matchup:

History of Thanksgiving in the NFL

Every team's most memorable Thanksgiving

What to watch for: The Lions are still in search of their first victory of the season under first-year coach Dan Campbell, and they'll be the 13th team in NFL history to enter a Thanksgiving game with a winless record. Detroit will look to feed the hot hand, with running back D'Andre Swift leading all running backs in receptions (53) and sitting second in receiving yards (420). Swift also ranks fifth among all running backs with 975 scrimmage yards. Can the Bears slow him down and find their own offense with quarterback Andy Dalton?-- Eric Woodyard

Bold prediction:Dalton will pass for three touchdowns as the Bears snap their five-game losing streak. Justin Fields is dealing with a rib injury, but Dalton has the experience to handle the quick turnaround, and he's still good enough -- Dalton threw for two touchdowns against the Ravens -- to get the job done against inferior teams. Fields (when healthy) is still Chicago's starting quarterback, but look for Dalton to light it up on Thursday.-- Jeff Dickerson

What to know for fantasy:Chicago receiver Darnell Mooney saw 16 targets last week with Allen Robinson II sidelined and now ranks in the top 20 in air yards this season, ahead of elite deep-ball options such asMike Williams and DK Metcalf. See Week 12 rankings.

Betting nugget: Seven of the past eight Detroit games have gone under the total. Read more.

Thanksgiving Day throwback:On Thanksgiving in 1997, Detroit running back Barry Sanders rushed for 167 yards and three touchdowns against the Bears in a55-20 win for the Lions. Read more.

What to watch for: Can the Cowboys finally handle an AFC West defense? They scored 20 points against the Chargers, 16 against the Broncos and nine against the Chiefs. Denver and Kansas City were physical with the Cowboys on the perimeter, which helped them generate pressure against an offensive line that did not have left tackle Tyron Smith. But Smith is expected to play against the Raiders, and the Las Vegas defense is tied for 26th in points allowed (26.2). The Cowboys' offense must answer the call, despite not having WRAmari Cooper and possibly CeeDee Lamb. -- Todd Archer

Bold prediction: Dallas pass-rushing terror Micah Parsons -- along with the Raiders' red zone issues -- will force Las Vegas to use backup quarterback Marcus Mariota on more than the occasional third-and-short and fourth-and-short situations. Mariota is much more mobile than Derek Carr. Parsons has 5.5 of his eight sacks in the Cowboys' past three games, and Carr has been in a three-game, post-bye funk. The Raiders need a spark. -- Paul Gutierrez

Stat to know:Raiders tight end Darren Waller now has 12 career 100-yard games, the third most by any tight end since he made his debut in 2015 (Travis Kelce has 27, and Rob Gronkowski has 14).

What to know for fantasy:Cowboys running back Ezekiel Elliott has been held out of the end zone in four of his past five games and doesn't have a carry gaining more than 11 yards in four straight. See Week 12 rankings.

Betting nugget: Dallas is 1-9 against the spread (ATS) in its past 10 Thanksgiving games. Read more.


Thanksgiving Day throwback:In 1993, Cowboys defensive tackle Leon Lett inexplicably tried to recover a blocked game-winning field goal attempt from the Dolphins. The ball was booted forward by Lett and recovered by Miami at the 2-yard line. Dolphins kickerPete Stoyanovich connected on the following field goal to win the game 16-14 for Miami. Read more.

What to watch for: There might not be any NFL playoff contenders in more desperate need of bounce-back performances than these two teams. The Saints have lost three straight for the first time since 2016 and need to get running back Alvin Kamara and their offensive tackles back from injury as soon as possible. Meanwhile, Bills MVP candidate QBJosh Allen has battled turnovers while Buffalo has lost two of its past three and fell out of first place in the AFC East. -- Mike Triplett

Bold prediction:Saints quarterback Trevor Siemian will throw at least two interceptions and complete less than 60% of his passes. He threw two interceptions in the loss to the Eagles last week and is averaging a 56.9% completion percentage on the season. The Bills' defense is ripe for a comeback game and has 15 interceptions on the season, tied for the second most in the NFL. Buffalo has also allowed opposing passers to complete just 57.7% of passes (lowest in the league). The Saints might be without Kamara and multiple other offensive players due to injuries, including tight end Adam Trautman, setting up the Bills' No. 1 pass defense for success. -- Alaina Getzenberg

Stat to know: The Bills entered Week 11 allowing the fewest points per game (15.0) and gave up 41 to the Colts. The Saints, meanwhile, entered last week ranked No. 1 in run defense (72.9 rushing yards allowed per game) before giving up 242 to the Eagles. Which defense will bounce back in Week 12?

What to know for fantasy:Bills receiver Stefon Diggs has scored five times in his past five games after scoring just once in his first five this season. He was WR2 over the final eight weeks of last season and appears to be rounding into form at the right time. See Week 12 rankings.

Betting nugget: New Orleans is 3-0 outright and 2-1 ATS in Thanksgiving games under coach Sean Payton with covers in its past two appearances (2018 and 2019). Read more.

Thanksgiving Day throwback:In 2019, the Saints clinched the NFC South title on Thanksgiving with a win against the Falcons. Backup quarterback Taysom Hill blocked a punt and scored two touchdowns (one receiving, one rushing) in New Orleans' 26-18 victory.Read more.

Will the Bills get back on track against the Saints?
Dan Orlovsky expects Josh Allen and the Bills' offense to take the game to the Saints at the Superdome. 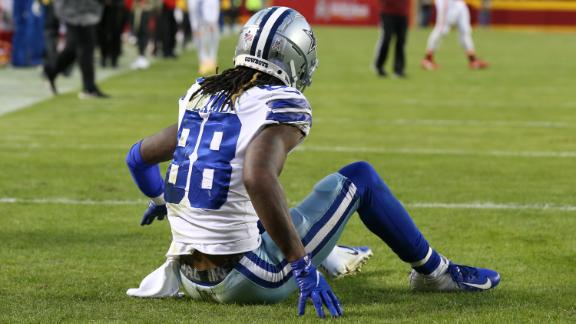