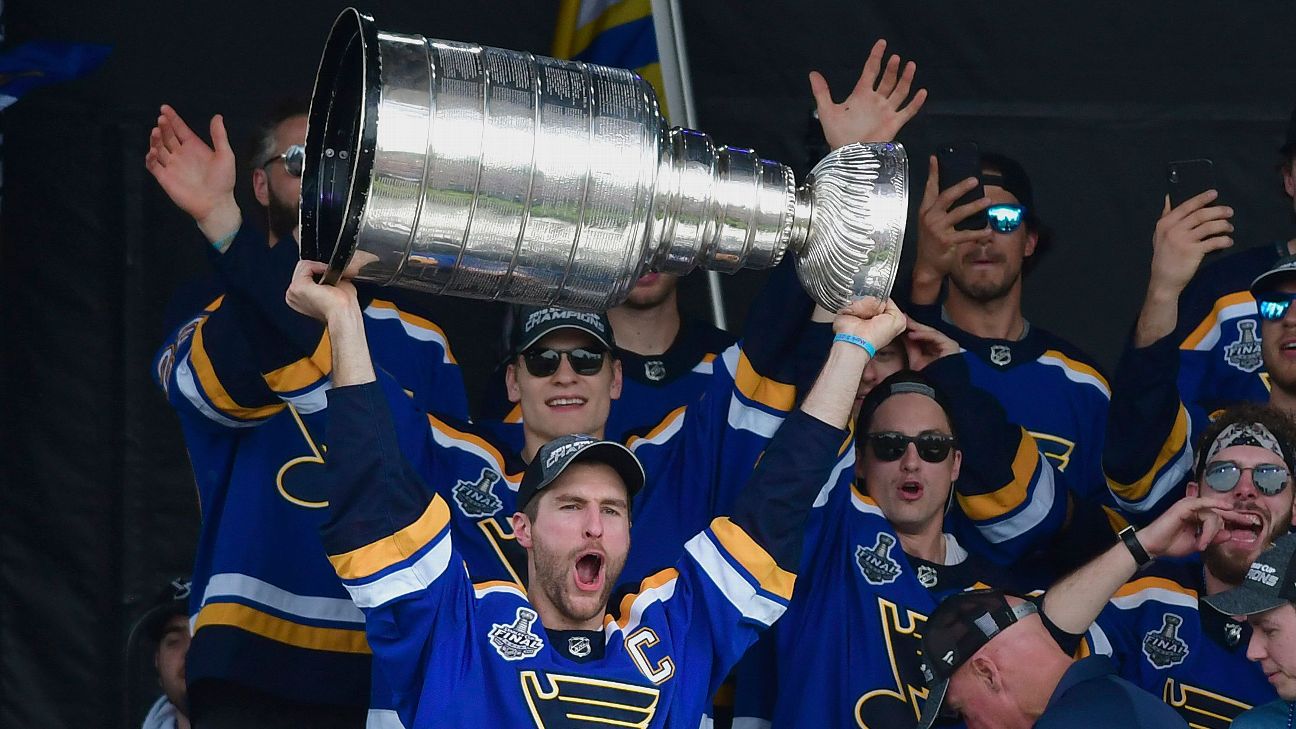 Captain Alex Pietrangelo, goaltender Jordan Binnington and playoff MVP Ryan O'Reilly will represent the defending Stanley Cup champion Blues for All-Star festivities Jan. 24-25. Forward David Perron was not chosen as an All-Star despite being in the middle of a career season.

St. Louis native Matthew Tkachuk of the Calgary Flames was also chosen as an All-Star. The league's hockey operations department filled out the All-Star rosters beyond the captains voted in by fans.

Washington's Alex Ovechkin was voted in by fans but opted to skip the All-Star Weekend to rest his body for the stretch drive and playoffs. Capitals teammates John Carlson and Braden Holtby will go instead.

Chicago Blackhawks star Patrick Kane is set to make his ninth All-Star appearance, which is the most among active players.

With the skills competition and 3-on-3 tournament more than three weeks away, two All-Star selections at goaltender will likely need to be replaced. Arizona's Darcy Kuemper and Columbus' Joonas Korpisalo were recently injured.

Artemi Panarin will represent the New York Rangers after putting up 51 points in his 38 games for them since signing an $81.5 million, seven-year deal last summer. The rival New York Islanders are sending forwardMathew Barzal.