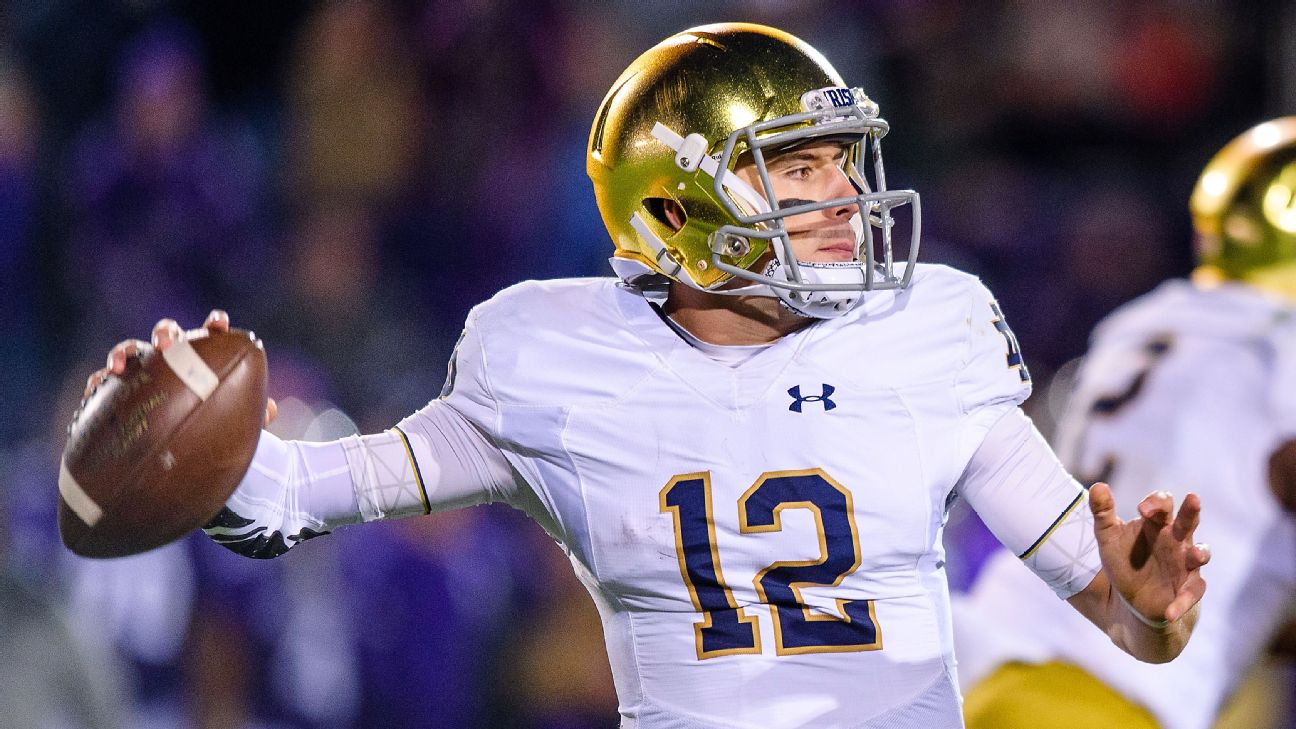 Notre Dame quarterback Ian Book will not play in Saturday's game against Florida State due to a rib injury, a source confirmed to ESPN.

The source added that Book is expected to be available for the No. 3 Fighting Irish's game against No. 13 Syracuse on Nov. 17.

Coach Brian Kelly said on Thursday that Book is day to day with an upper-body injury, but did not address Book's status for Saturday's game.

Book suffered the rib injury in last Saturday's 31-21 victory over Northwestern. He finished the game.

Book has played a big role in Notre Dame's 9-0 record after taking over as the starting quarterback against Wake Forest on Sept. 22. He replaced starter Wimbush, who in the first three games of the season threw for one touchdown and four interceptions while completing 55.3 percent of his passes.

Book completed all three of his passes in the fourth quarter against Vanderbilt, was named the starter for the following game against Wake Forest and has held on to the job ever since. His presence in the Notre Dame offense has given the Irish a much-needed lift, with Book throwing 15 touchdowns and four interceptions in the seven games he has seen action.

Irish Sports Daily first reported that Book would not play against the Seminoles.

ESPN's Adam Rittenberg and Tom VanHaaren contributed to this report.