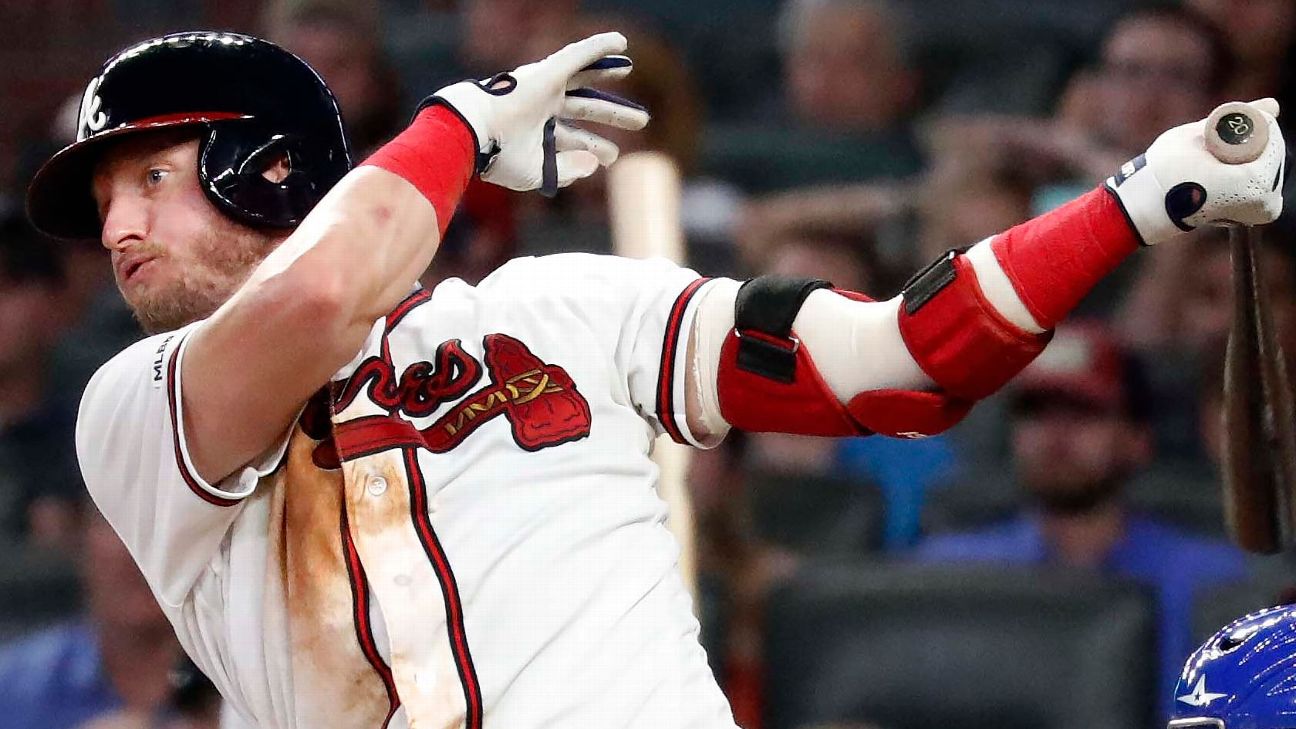 Earlier this month, Gerrit Cole, Stephen Strasburg and Anthony Rendon agreed to free-agent deals worth a combined $814 million. Yes, baseball has come a long way from the first free-agent class in the 1976-77 offseason, when an infielder named Paul Dade signed with the Cleveland Indians and, Sports Illustrated later reported, figured he could "start to enjoy life a little." He bought a new 25-inch color television.

With the three big stars signed and delivered, and severalother players off the market on multiyear deals, let's check in on where we're at in free agency.

Josh Donaldson (No. 7 on Keith Law's list of the top 50 free agents): Five likely playoff contenders need a third baseman -- the Braves, Nationals, Rangers, Twins (sliding Miguel Sano to first base) and Brewers, plus possibly the Phillies if they keep Scott Kingery in a superutility role. A healthy Donaldson proved last season he's still one of the best all-around players in the game, and even though he's 34, his broad range of skills and athleticism mean he should age well.

Prediction: Braves. I love the idea of the Twins doing something very un-Twinslike and signing a big star in free agency, but I'll go with a return to the Braves. They'll have to go outside their payroll comfort zone to re-sign Donaldson, and it probably will take a four-year contract, but the front office shouldn't let that be a deterrent. This is a really good team that needs a cleanup hitter. Right now that would be ... what, the Nick Markakis/Adam Duvall platoon?

Bats for a corner

Nicholas Castellanos (No. 13): Castellanos is one of the most divisive free agents of recent years. He can certainly hit -- 88 extra-base hits last season, including 58 doubles, the most since Todd Helton hit 59 in 2000. Turning 28 in March, he's also the youngest of any of the top 50 free agents. While his bat is excellent, it's not really elite, as he ranked 48th in the majors in wOBA. That's the concern, because all his value comes in the batter's box, as he's a below-average defender in the outfield.

Prediction: White Sox. This could be a situation similar to that ofMike Moustakasthe past two offseasons: a nice player without an obvious match. The Diamondbacks are desperate for an outfielder, but they have placed a big emphasis on outfield defense, and Castellanos may be out of their price range anyway. My personal choice would be the Rockies, if only to see how many doubles he could hit at Coors Field. The Rangers just traded Nomar Mazara and the Indians cleared away Corey Kluber's salary, so Castellanos fits in either place. But I'll go with the White Sox, even though they just acquired Mazara. Castellanos can fill the hole at DH and play some right field against left-handers.

Marcell Ozuna (No. 14): Ozuna was solid in his two seasons with the Cardinals, averaging 2.5 WAR while hitting .263/.327/.452. He played through some shoulder issues and has elite exit velocity and hard-hit rates, but he hits too many balls on the ground to take advantage of that. We mentioned Castellanos' 88 extra-base hits last season -- that's almost as many as Ozuna had over two seasons in St. Louis (94). Ozuna projects as an average corner outfielder moving forward, with the slim chance he can match what he did in 2017 with the Marlins. The market for that type of player hasn't been robustin recent years, and Ozuna is tied to a qualifying offer, which helps explain the minimal buzz around him so far.

Prediction: Reds. Heading into the offseason, predictions suggested a contract in the neighborhood of three years, $45 million for Ozuna, but it will be interesting to see if that deal arrives. One team reportedly in on Ozuna is the Reds, who have Jesse Winker and Aristides Aquino in the outfield. Adding Ozuna would give them a little more certainty and allow for a nice Winker/Aquino platoon.

One more to watch

Brock Holt (No. 26): Holt bounced back from serious health issues to become one of the best utility players the past two seasons, hitting .286/.366/.407. He played mostly second base for the Red Sox in 2019, but also started games at first base, third base, shortstop, left field and right field. He's a lefty bat and hit .318/.394/.438 against right-handers in 2019, so he could be deployed as the strong side of a platoon at second base. The Red Sox signed Jose Peraza, so it's unlikely the popular Holt returns to Boston.

Prediction: Indians. The Indians' website lists Mike Freeman as their starting second baseman -- and Freeman was just removed from the 40-man roster following the Corey Kluber trade. Holt won't be so costly as to be out of Cleveland's price range. The Nationals have holes at second base and third base (one spot should go to rookie Carter Kieboom), and Howie Kendrick is best suited for first base these days, so Holt could be a fit at second for them. 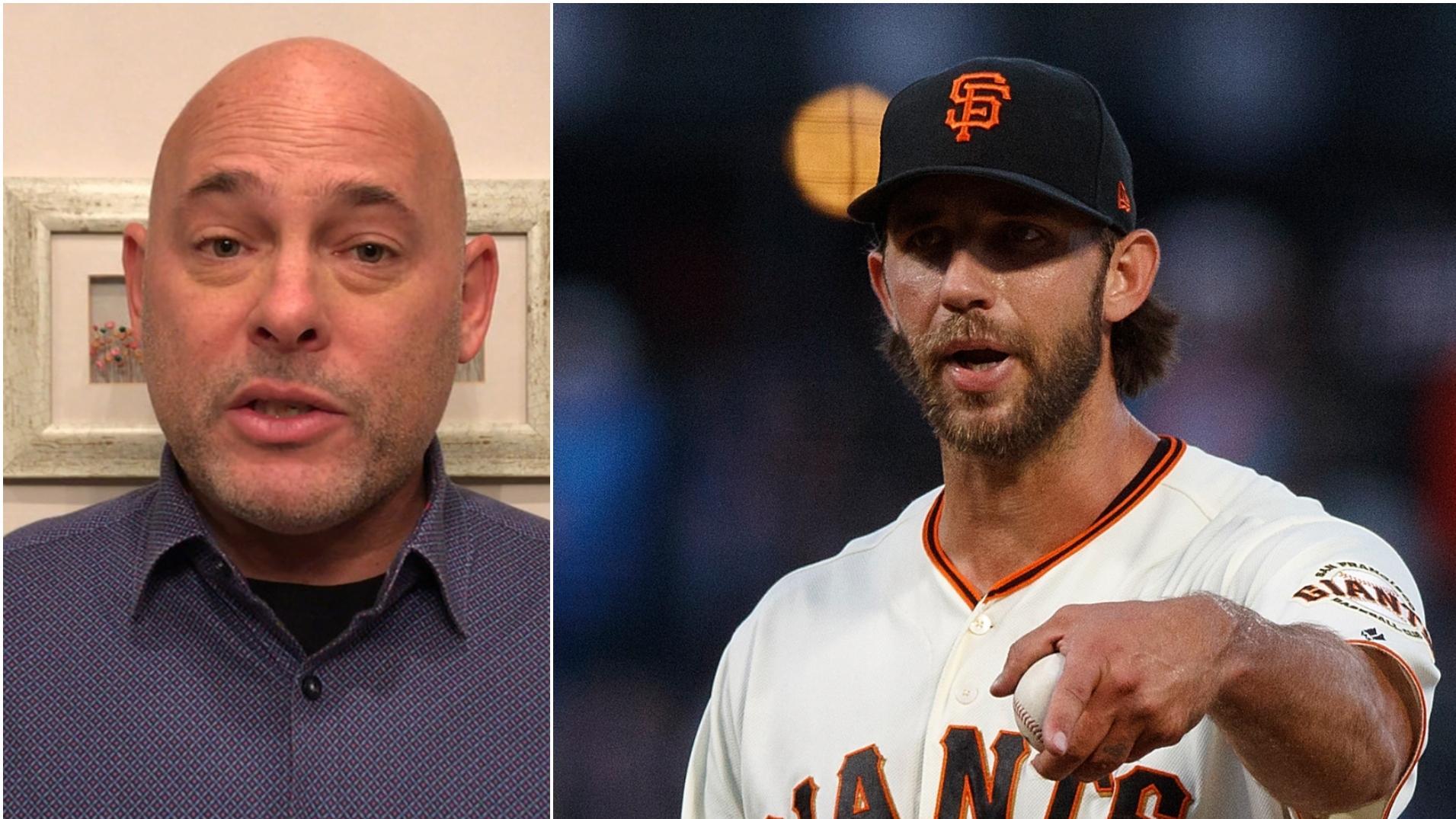