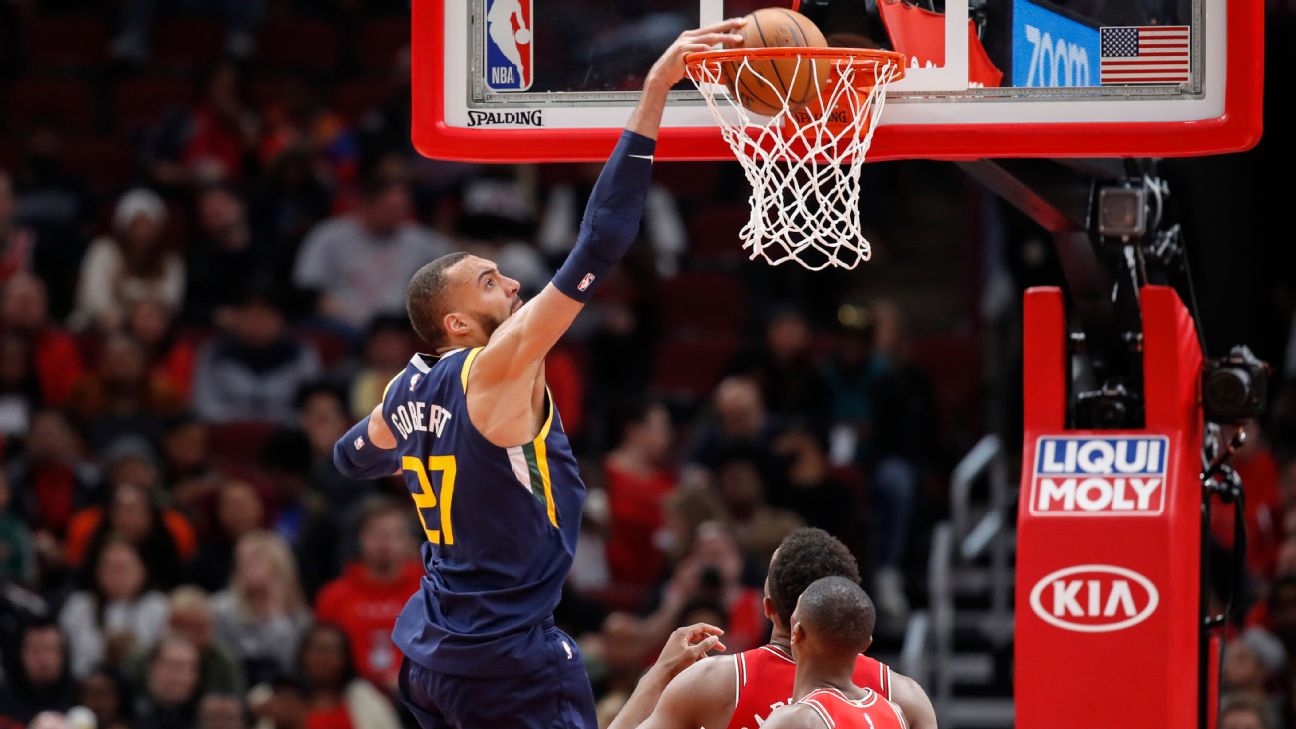 ESPN
By Eric Woodyard
CHICAGO -- Rudy Gobert wasn't afraid to display emotion in front of a group of media members inside the Utah Jazz's practice facility after it was announced that he wasn't selected for the 2019 All-Star game last February.

The two-time Defensive Player of the Year winner said he felt "disrespected" after being snubbed, especially after his mom called him, crying, from France after learning the news.

Nearly a year has passed, and Gobert's name wasn't in the mix in the first fan returns of NBA All-Star voting on Thursday, but the Jazz center remains optimistic that Utah's lone trip to Chicago won't be his last of the season.

Gobert finished with 17 points, 12 rebounds and 3 blocks in Utah's 102-98 victory against the Chicago Bulls on Thursday.

"It's still a goal of mine of course, but our No. 1 focus is for us to keep getting better and to win games," Gobert told ESPN. "The rest is gonna take care of itself.
Donovan Mitchell, currently listed seventh among Western Conference guards in the voting, said Gobert "turned into the All-Star that he is on nights like this," as the seven-year veteran dominated late defensively to help the Jazz hold on.

Chicago was outscoring Utah by 10 points with Gobert on the floor as it led 51-47 at halftime. The Bulls then started the second half on a 7-0 run, forcing a Jazz timeout just 97 seconds into the third quarter.

From that point on, Gobert was the most impactful player in the game. Gobert played a role in Chicago making only 28.3% of its field goal attempts over the final 22 minutes, 23 seconds of the game, and he punished the rim for four second-half dunks as well.

With 21.7 seconds left in the game and Utah nursing a 100-98 lead, Gobert forced Zach LaVine to miss a layup at the rim by staying vertical without fouling, setting up Mitchell for the game-sealing free throws. Gobert then rejected another LaVine layup with 7.6 seconds remaining for good measure.

"I think for him, he's been here longer than me, he's been underrated for his whole career," Mitchell said. "I think he probably saw what happened, probably saw the [All-Star] voting and was like, 'All right, cool,' and went out there and dominated the game like he was supposed to. He's gonna keep doing it and it's not gonna be based off of whether he's in the All-Star voting with the fans or not, he deserves it and I think he'll get it."

Gobert is one of three players in league history to win the Defensive Player of the Year and not make the All-Star team, along with Marcus Camby and Michael Cooper. Former Jazz center Mark Eaton had just one All-Star appearance, the fewest among multiple DPOY winners who are no longer active. Eaton said he can relate to Gobert's struggle.

"I think it's always a challenge because All-Star games is about summer league, right? It's about run-and-gun and dunk and all that kind of stuff, but the fact that the coaches pick the reserves, for me that was actually more of an honor than being selected by the fans," Eaton said. "So, I think he'll get there from that standpoint on the reserves, but there'll always be some other 5-man that the fans think is different and the fact that you're playing in a smaller market."

Gobert entered the Bulls game averaging 14.8 points, while ranking second in the league in rebounds (14.2) and eighth in blocks per game (1.9), with the fourth-best individual defensive rating (100.2).

However, Gobert is ready to see how the voting process turns out, with fans currently accounting for 50% of the vote with players and media each getting 25%.

Although Gobert got roasted by some of his peers throughout the league for shedding tears, notably Draymond Green and Isaiah Thomas, the native of France says he has no regrets.

"Not at all. When you sacrifice everything to be able to be in the NBA and to be able to help the team and play at the highest level, most people don't understand," Gobert said. "I got emotional talking about my mom so it wasn't that I didn't make the All-Star so I'm crying, it was just thinking about all the things and sacrifices that I make, but the goal is to keep getting better and to help my team win a championship." 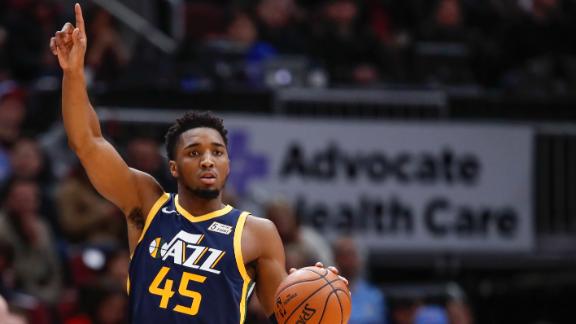 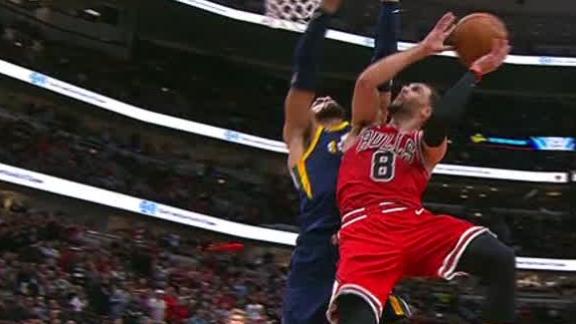