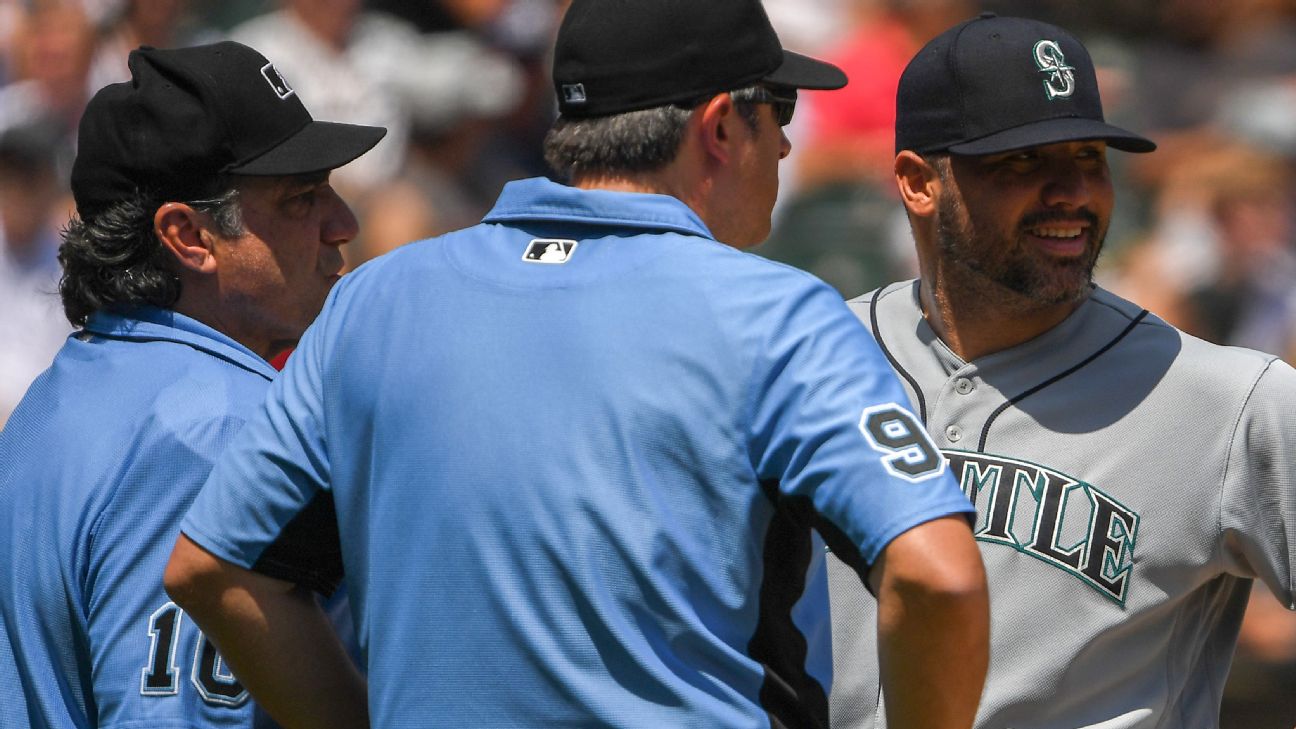 Seattle Mariners pitcher Hector Santiago was ejected in the fifth inning of Sunday's doubleheader opener against the Chicago White Sox after umpires inspected his glove. But the veteran said he used only rosin on what was a humid day.

"[Umpire Phil Cuzzi] said he felt some sticky stuff on the inside of the glove," Santiago said after the Mariners' 3-2 victoryin Chicago. "All I used was rosin. I used it on both sides, trying to keep that sweat from dripping down to the hands."


Santiago, 33, was pulled from the game after giving up two walks and two hits in the inning. A major leaguer with 10 years of service time, he was in his third inning of work but was checked for the first time when the confiscation occurred.

Per the league's new rule on inspecting pitchers for foreign substances, Santiago handed his glove over to be inspected by Cuzzi, who ejected him moments later. From replays, it looked as though the umpires were checking the inside of Santiago's glove.

"What we do is we go around the whole glove, feeling for anything that would be sticky or something," crew chief Tom Hallion said. "It was very noticeable, and then the rest of the crew inspected to make sure we were all in agreement. All four agreed that it was a sticky substance, and that's why he was ejected."

The glove was seen being wrapped up by the authenticator to be further inspected in New York under the new rule that went into effect Monday.

"Once they take it back and check it, it's just sweat and rosin," Santiago said. "If they're going to do all this science stuff, it's going to be sweat and rosin. We'll be all right."


Mariners manager Scott Servais added: "It's about 85-90% humidity today. He had rosin all over himself. When you put rosin on sweat, it gets sticky.

"Our guys are doing the right thing. We're following the rules."

Santiago could face a 10-game suspension and the team would not be able to replace him on the roster during that time frame. He also could be cleared of any wrongdoing once the glove is further inspected. He is the first pitcher ejected under the new rule.

"You just use your judgment on what you would consider is sticky," Hallion said, "and not a norm for what we have seen over all our careers in baseball."

Santiago is in his first season with the Mariners. He has a 1-1 mark with a 2.65 ERA in nine appearances across 17 innings.

In the nightcap, the White Sox used seven pitchers and a three-RBI performance fromYermin Mercedesto outlast the Mariners 7-5, securing a split. 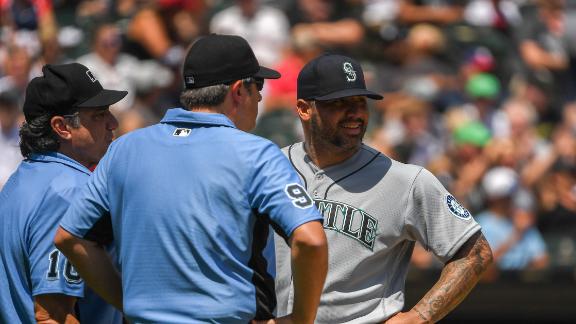