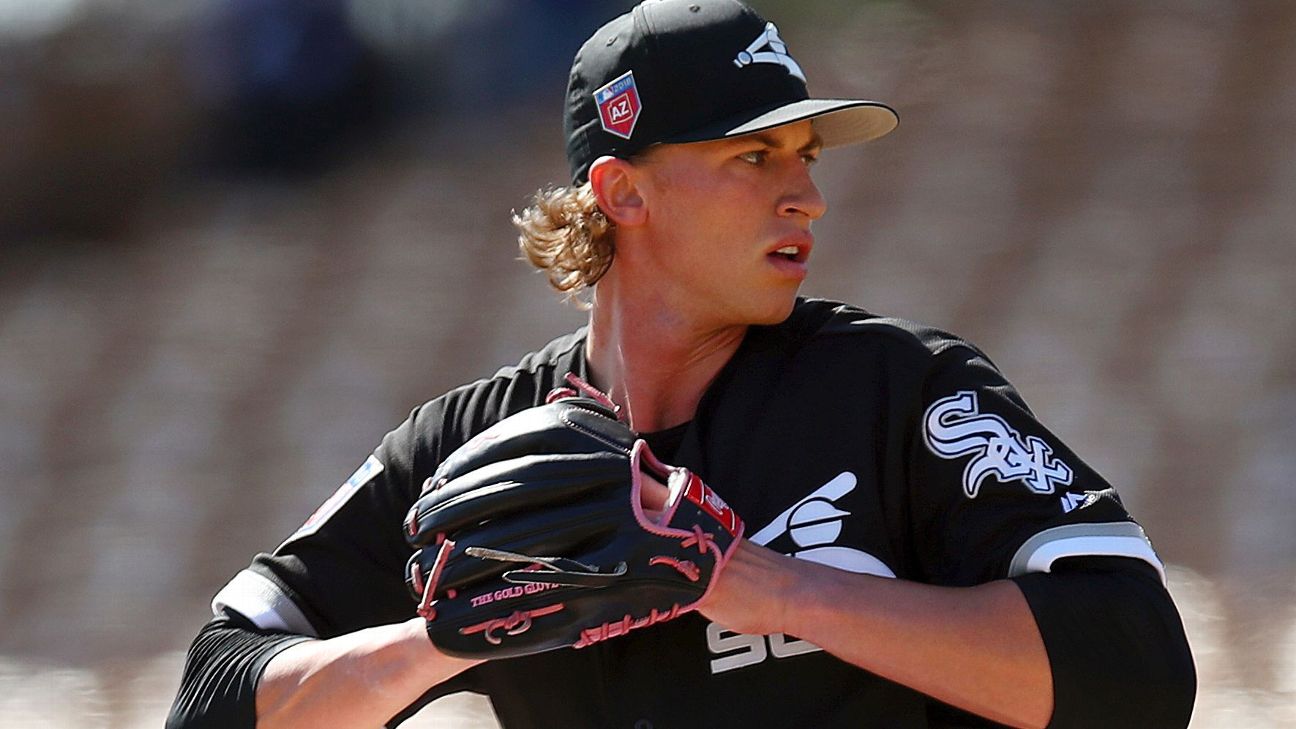 Before making the decision on surgery, the right-hander will receive a second opinion in the coming days to confirm the diagnosis.

"If there's any silver lining to this, it would simply be that given the timing of this injury, he will be on a pace to compete without restriction at the start of spring training for 2020," Hahn said.

Before his last start, on Wednesday against Detroit, the hard-throwing Kopech had trouble getting loose during his warmups. He allowed seven runs on nine hits -- including four home runs -- in 3 innings in the10-2 loss, then reported discomfort in his arm to the team Thursday.

Although Kopech's velocity dipped against Detroit, the righty thought he was just experiencing stiffness. He couldn't recall a pop or abrupt onset of the injury and was surprised by the diagnosis.

"If you're looking for a specific pitch or date, I couldn't tell you," Kopech said. "It's been gradual."

But Kopech said he knew he needed to get the condition checked.

"[I wanted] to see if there was something I could fix," he said. "This isn't the answer I expected," he said.

The 22-year-old Kopech, the team's top pitching prospect who can throw in excess of 100 mph, made his major league debut Aug. 21 and threw two scoreless innings before being pulled after a rain delay.

Though it was just two innings, Kopech, according to ESPN Stats & Information research, was the first White Sox starter to enjoy a scoreless outing in his MLB debut since Jack McDowell in 1987.

In his four starts for the White Sox this season, Kopech was 1-1 with a 5.02 ERA and 15 strikeouts and two walks over 14 innings.

Manager Rick Renteria said he hasn't determined yet who will take Kopech's place, but has little concern that the pitcher -- who's noted for his fitness level and workout regimen -- will bounce back.

"He is driven personally," Renteria said. "There is no doubt in my mind he is going to go through everything very well."

Prior to his promotion to the majors, Kopech, who ranked No. 9 in Keith Law's midseason prospects rankings, compiled 170 strikeouts in 126 innings for Triple-A Charlotte.

He was acquired from Boston as part of the 2016 trade that sent ace Chris Sale to the Red Sox.

This injury is not the first bump in the road in Kopech's young career. In late August, he had to answer for things he tweeted when he was 17 years old.

"I had to delete some stuff," Kopech said of tweets that contained racist and anti-gay language and sentiments. "Things I said that were immature and inappropriate. I used some poor language in there. Obviously, I'm trying to be looked at as a role model and the last thing I want to do is have some kid look at what I'm saying and take it the wrong way.