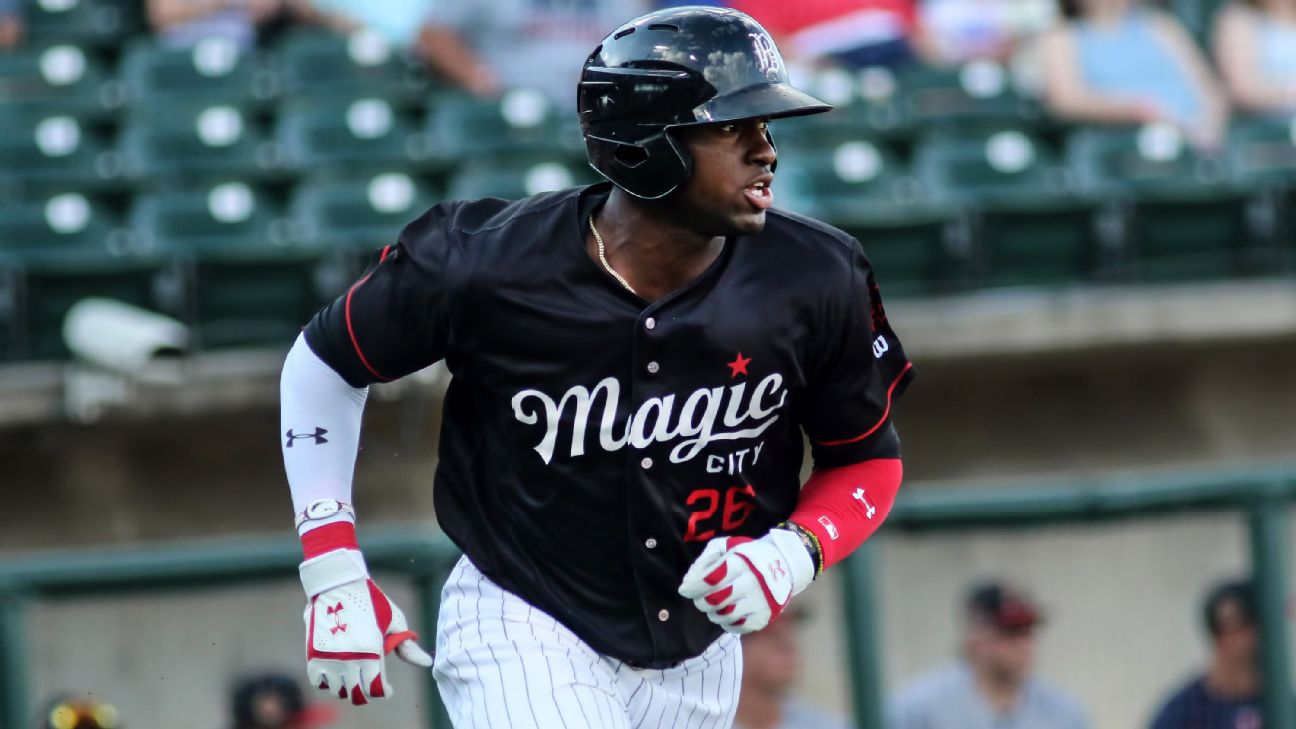 GLENDALE, Ariz. -- Luis Robert's first spring training homer looked like a drive into the gap -- right before it flew over the wall in left-center. And the Cuban slugger made it look so easy.

Robert has the type of athleticism that stands out in any crowd. Even with the Chicago White Sox.

The chiseled Robert, listed at 6-foot-3 and 185 pounds, is a major reason why the White Sox are talking playoffs this year despite a streak of seven consecutive losing seasons.

While he remains a work in progress, Robert -- dubbed La Pantera by his teammates -- has the type of game that raises expectations for whatever team he is on.

"Well, listen, his talent is without question," manager Rick Renteria said Tuesday. "I think that him settling down and getting to understand big league pitching and things of that nature are going to be a big part of it. But his skill set is fantastic."

Robert was pursued by a couple teams when he was a free agent coming out of Cuba in 2017, but he opted for a minor league contract with Chicago that included a $26 million signing bonus. The White Sox have a long history of successful Cuban players, helping their courtship of the outfielder.

After Robert broke out last year, batting .328 with 32 homers, 92 RBI and 36 steals over three minor league stops, the White Sox rewarded him with a $50 million, six-year deal -- before his big league debut.

"I already had a big contract, when I signed with this organization," Robert said through a translator. "This one, it didn't affect me at all. I mean it didn't change my goal or my mindset, because I knew that this year I was going to have a chance to play in the majors. I didn't know when, but I was for sure going to have the chance to play in the majors this year."

But the contract erased any messy questions about service time and free agency, clearing the way for Robert to take over in center field as soon as opening day.

The White Sox are doing whatever they can to make Robert's transition to the majors as easy as possible. His locker neighbors at spring training are countrymen Jose Abreu and Yoan Moncada, and Eloy Jimenez -- another young Latin outfielder -- is situated near the trio.

Abreu helps look after the 22-year-old Robert, and Moncada and Jimenez know exactly what he is going through after recently making the transition from top prospect to the major league regular themselves.

"It's going to help me a lot because they already passed through this experience," Robert said. "Eloy did it last year, Moncada did it a couple of years ago, and they know the challenges that I'm going to face and when I hit a wall, they're going to be there for me to let me know what I need to do in order to get over that tough wall and keep going."

Playing ball might be the easiest part for Robert, who reached twice, stole a base and scored during Chicago's 6-5 exhibition loss to Oakland on Tuesday.

"I don't think that I need to work on something specifically," he said. "I just need to take full advantage of my tools."

The White Sox know there are going to be ups and downs with Robert, especially after going through some growing pains with Moncada and Jimenez. But they think Robert also is on his way to stardom -- and dreaming about a more finished product.