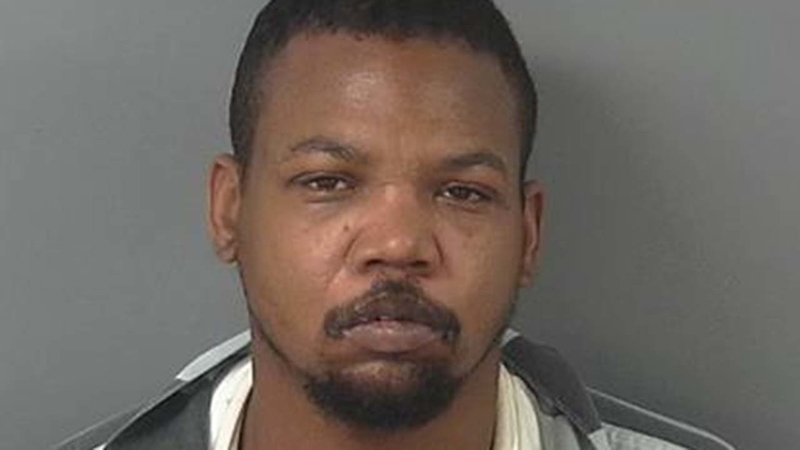 SPRING, Texas -- Police arrested a man in Spring this morning while he allegedly peeked into a woman's home this morning, investigators tell Eyewitness News.

The woman called 911 when she saw him looking in, and then watched him go into his house, according to police. Officers arrested the man at a home in Spring. Police have not released his name.

Police said he's the intruder who broke into a home nearby and entered a couple's bedroom while they were sleeping in it. Police said he was wearing the same clothes seen in a neighbor's surveillance video.

Jarred Morris said his girlfriend felt someone in bed next to her early Sunday morning at their home in Legends Creek Drive.

A homeowner explains what happened after their close encounter

She thought at first it was Morris's son or maybe the cat, but when she saw the intruder slumped down in the corner, Morris chased him away.

"Made his way through the hallway and bolted to the front door," Morris said, adding, "which is kinda odd to me, like he knew the layout of the house already."

Pasadena woman goes to bed alone, wakes up to a man assaulting her

Morris told Eyewitness News the same suspect tried getting into two other homes before he successfully broke into his place.

A couple says an intruder slipped into their bedroom overnight as they slept.

George A. Smith is charged with burglary of a habitation and intent to commit assault.

Morris thinks the intruder got in by removing the screen on an open bedroom window and climbing his way into the home.

A man was caught on camera burglarizing a Bellaire home. Jessica Willey reports.

Surveillance footage shows a man watching the couple as they slept in their Bucktown home.