'Life would be tragic if it weren't funny': Memorable Stephen Hawking quotes 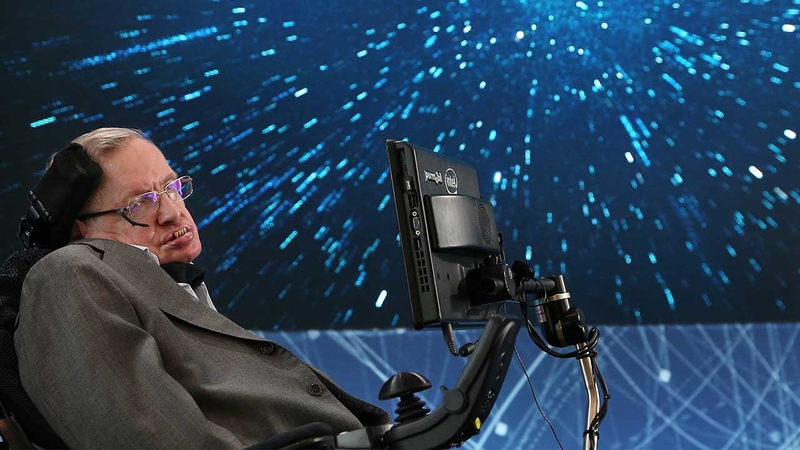 Inspiring quotes: Stephen Hawking in his own words

Stephen Hawking passed away at the age of 76 on Wednesday. In addition to his scientific work, the famed physicist was known for his way with words.

Hawking was diagnosed with ALS at age 21, eventually becoming paralyzed and only able to communicate with a device on his cheek. That didn't stop him from bestowing wisdom and expressing his wry sense of humor.

"Intelligence is the ability to adapt to change."

"We are all different -- but we share the same human spirit."

"It would not be much of a universe if it wasn't home to the people you love."

"We are just an advanced breed of monkeys on a minor planet of a very average star. But we can understand the universe. That makes us something very special."

"Life would be tragic if it weren't funny."

"My PA reminds me that although I have a PhD in physics women should remain a mystery."

"For millions of years, mankind lived just like the animals. Then something happened which unleashed the power of our imagination. We learned to talk and we learned to listen. Speech has allowed the communication of ideas, enabling human beings to work together to build the impossible. Mankind's greatest achievements have come about by talking, and its greatest failures by not talking. It doesn't have to be like this. Our greatest hopes could become reality in the future. With the technology at our disposal, the possibilities are unbounded. All we need to do is make sure we keep talking."

"My goal is simple. It is a complete understanding of the universe, why it is as it is and why it exists at all."

"Although I cannot move and I have to speak through a computer, in my mind I am free."

"If aliens ever visit us, I think the outcome would be much as when Christopher Columbus first landed in America, which didn't turn out very well for the Native Americans."

"We are in danger of destroying ourselves by our greed and stupidity. We cannot remain looking inwards at ourselves on a small and increasingly polluted and overcrowded planet."

"My disabilities have not been a significant handicap in my field, which is theoretical physics. Indeed, they have helped me in a way by shielding me from lecturing and administrative work that I would otherwise have been involved in. I have managed, however, only because of the large amount of help I have received from my wife, children, colleagues and students. I find that people in general are very ready to help, but you should encourage them to feel that their efforts to aid you are worthwhile by doing as well as you possibly can."

"Remember to look up at the stars and not down at your feet. Try to make sense of what you see and wonder about what makes the universe exist. Be curious."