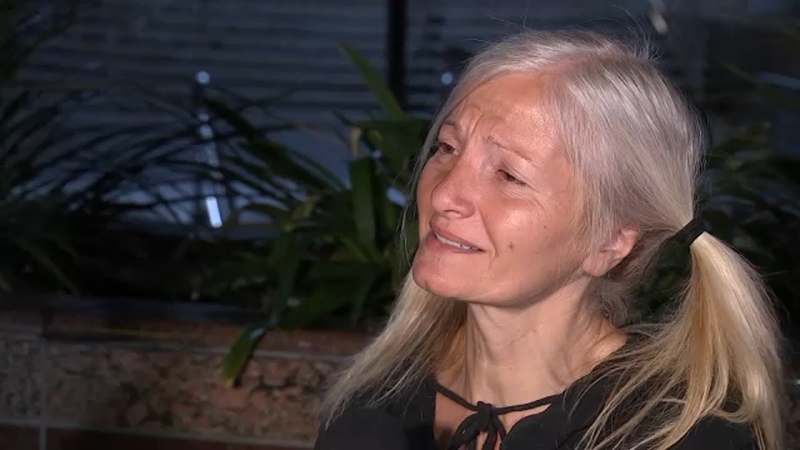 LOS ANGELES -- The mystery woman who captivated Los Angeles Metro riders with a jaw-dropping performance has been identified.

Emily Zamourka, 52, left thousands mesmerized after her singing was captured on the Purple Line's Normandie/Wilshire Metro stop in Koreatown.

"You know why I do it in the subway? Because it sounds so great," she said.

Zamourka came to the United States from Russia at the age of 24.

As a trained violinist and pianist, she taught lessons before she started suffering from serious health challenges. She worked several jobs to make ends meet.

#update Tonight hear from the subway soprano captured on camera in a #viralvideo by an #LAPD officer.
Her story, her song and her struggle at 11pm @ABC7 #subwaysinger #thatvoice pic.twitter.com/EHhklIEgTt

She played violin on the street before her instrument was stolen three years ago while performing in downtown Los Angeles.

"That's when I became homeless. When I could not actually pay any of my bills and could not pay anymore of my rent," she said.

Shortly thereafter, Zamourka was evicted from her home and became homeless. She began to sing after that.

"I am sleeping actually on the cardboard right now, in the parking lot," she said. "I am sleeping where I can sleep... I have people that feel sorry for me, but I don't want to be a burden to anybody."

Although not classically trained, she said she does it for her love of music.

Zamourka dreams of one day being able to work in music again.

She said she was stunned to learn she had become a social media sensation and hopes it may also be the key to changing her life.

"I will be so grateful to anyone who is trying to help me to get off the streets, and to have my own place, to have my instrument," she said.

The subway soprano was captured on camera in a viral video taken by an L.A. police officer.

The social media post from LAPD says, "4 million people call LA home. 4 million stories. 4 million voices...sometimes you just have to stop and listen to one, to hear something beautiful."

4 million people call LA home. 4 million stories. 4 million voices...sometimes you just have to stop and listen to one, to hear something beautiful. pic.twitter.com/VzlmA0c6jX