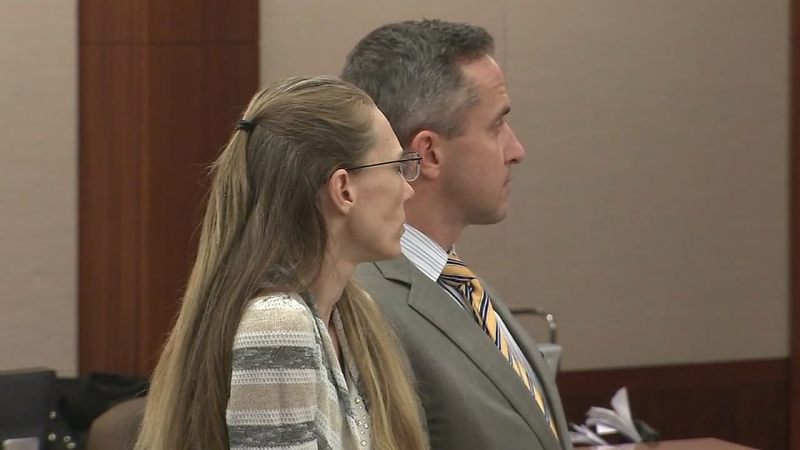 On Friday, she was found guilty of forcing her then 5-year-old son, Jordan Bleimeyer, to live in a filthy closet.

SPRING, Texas -- A mother has been sentenced to 28 years after she was found guilty of starving her child in 2014.

In February 2015, 37-year-old Tammi Bleimeyer, was arrested and charged with injury to a child by omission.

JUSTICE HAS ARRIVED !! MOTHER WHO STARVED HER 5 YEAR OLD STEP SON AND KEPT HIM LOCKED IN A CLOSET UNDER STAIRS WAS FOUND GUILTY TODAY IN COURT!!

In Feb 2015 Tammi Bleimeyer was arrested and charged with felony injury to a child by omission. pic.twitter.com/YIyaMjX7r5

On Friday, she was found guilty of forcing her then 5-year-old son, Jordan Bleimeyer, to live in a filthy closet.
EMBED More News Videos

In March 2014, the victim's then-16-year-old stepbrother alerted deputies about the alleged abuse. He said the boy was forced to wear a diaper and lived in a closet under the stairs with no food.

Deputies say they tried to find the child, but Tammi and the boy's father, Bradley Bleimeyer, 24, were being uncooperative.

According to deputies, the victim had allegedly been removed from the home by his stepmother before they showed up.

The next day, authorities used cell phone records to find the child, who they believed was in imminent danger. They tracked Tammi's cell phone to a motel in Humble, where they found the child. He was in the motel with the woman, they say, and that they noticed Bradley leaving earlier in the day.

Upon locating the boy, deputies say he had bumps, bruises, and was severely underweight. They say because of his appearance, they called emergency personnel and the child was transported to an Humble hospital, and then later to Texas Children's Hospital.

Judge: Boy who was living in closet in Spring to live with great aunt; CPS keeps custody