Teams of shoplifters target Chicago stores near downtown, North Side 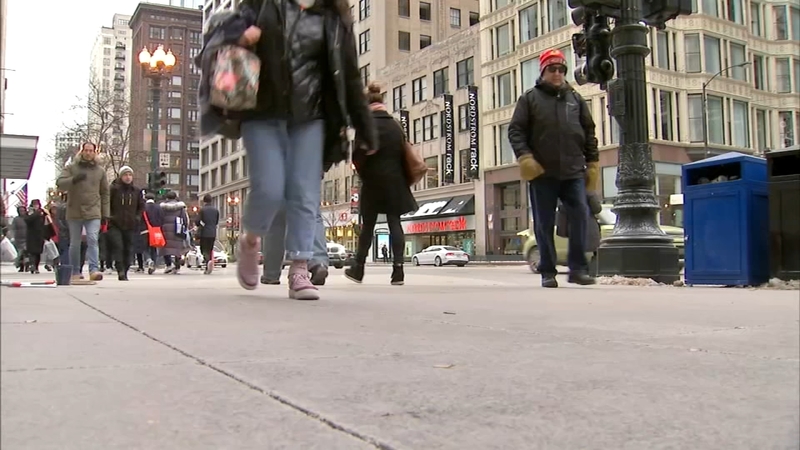 Teams of shoplifters target Chicago stores near downtown, North Side

CHICAGO (WLS) -- Chicago police confirm there have been nine separate shoplifting cases recently, involving teams of criminals with anywhere between two and seven suspects working together to swipe merchandise.

The shoplifting cases have occurred in Lincoln Park, the Magnificent Mile, Loop and South Loop between Nov. 6 and Nov. 10. In three of the cases, employees have been injured.

The number of cases and increasing violence involved have alarmed at least one Chicago alderman who represents part of Michigan Avenue.

"We're also seeing an increasing amount of violence associated with this, where security guards are being pepper-sprayed, they're being Maced, they're being physically assaulted when they try to intervene," said Ald. Brian Hopkins, who represents Ward 2, which includes part of Michigan Avenue.

Chicago police haven't indicated the nine cases are connected. However, there is concern from city and business leaders that shoplifters are no longer worried about being prosecuted.

"People can steal with impunity because they know they are not going to be arrested or prosecuted," said Michael Edwards, CEO and president of the Chicago Loop Alliance. "And that has been a big problem for us."

Ald. Hopkins echoed that statement, adding a political twist as well. He said since Cook County State's Attorney Kim Foxx was elected, shoplifting has increased on the Magnificent Mile.

"The shoplifters have gotten so bold. They have no fear of prosecution. We need to change that," Alderman Hopkins said.

The State's Attorney's Office responded with a statement, saying that "raising the felony threshold for retail theft has allowed prosecutors to focus on the drivers of violence rather than low level, nonviolent offenses."

Chicago Police report that a man and woman were charged after swiping merchandise from a store in the 400 block of North Michigan Avenue. It happened on Wednesday, November 6, around 8:20 p.m.

Three days later, five shoplifters working together targeted the H & M store on the 800 block of North Michigan Avenue. Three females caused a distraction, while two males swiped merchandise, according to police. No one was arrested.

Seven males entered a business, grabbed merchandise, and left the store without paying, police reported. It happened Wednesday, November 6, on the 0-100 block of South State Street at about 4:45 p.m. A man who tried to stop the seven suspects was injured after one of the suspects punched him in, police said. He declined medical treatment.

On Saturday, November 9, another shoplifting case is reported on the same block of South Street. Two females and a male were swiping items from a store. When two people, a 24-year old woman and 30 year-old-man, tried to stop the three suspects in the store's entrance, one of the shoplifters sprayed the male victim in the face with an aerosol. Police do not describe what type of chemical was used, but the male was transported to Mercy Hospital.

Chicago Police report three business have been targeted in the same shopping district on the 1000 block of South Canal. The cases were reported on November 8th and 9th. They happened at Marshall's, Burlington, and DSW. Police report that two of the cases ended with arrests.

Shoplifters targeted the Patagonia store twice during the last week. On Saturday, November 9, five juveniles swiped merchandise and left the store, police reported. Police said all five were arrested and charged with felonies. They range in age from 11-15.