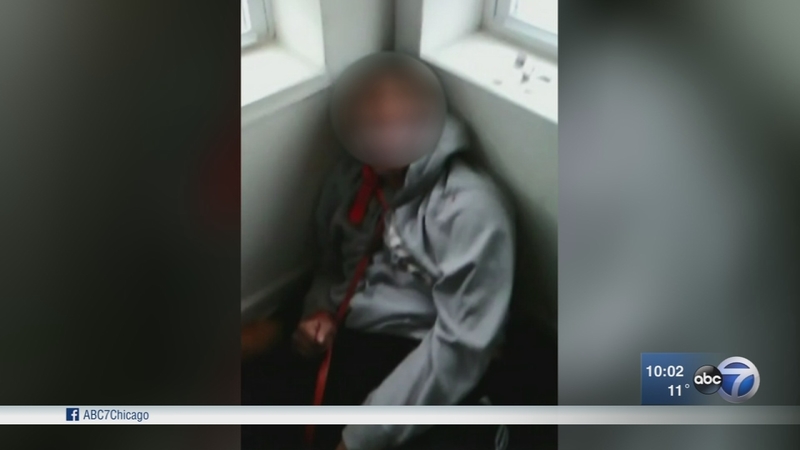 CHICAGO (WLS) -- Four people were in custody Wednesday night after Chicago police discovered an apparent torture video. An adult man with "mental health challenges," believed to be the victim in the video, was found disoriented and walking around on Chicago's West Side.

Police believe the victim is related to a battery they responded to at a residence in the 3300-block of West Lexington Street at 5:26 p.m. Tuesday, where they found signs of a struggle and damage to property.

Later, police became aware of a "disturbing video" on Facebook Live showing an adult man being bound and beaten. Police said this is the same man they found wandering around on Lexington Street. The victim was held for between 24 and 48 hours, police said. He was eventually unbound and let go, which is when police found him.

"It's sickening," Johnson said. "It makes you wonder what would make individuals treat somebody like that."

The victim, who is from northwest suburban Crystal Lake, was transported to an area hospital in stable condition, police said.

The victim's parents reported him missing on Monday evening in northwest suburban Streamwood.

During the course of the investigation, the victim's parents received text messages from people who claimed to be holding their son captive, Streamwood police said.

Chicago Police Superintendent Eddie Johnson said four individuals were being interrogated Wednesday night. The offenders are described as two women and two men, all around 18-years-old. Three of the offenders are believed to be Chicago residents and one is believed to be from the suburbs of Chicago, police said.